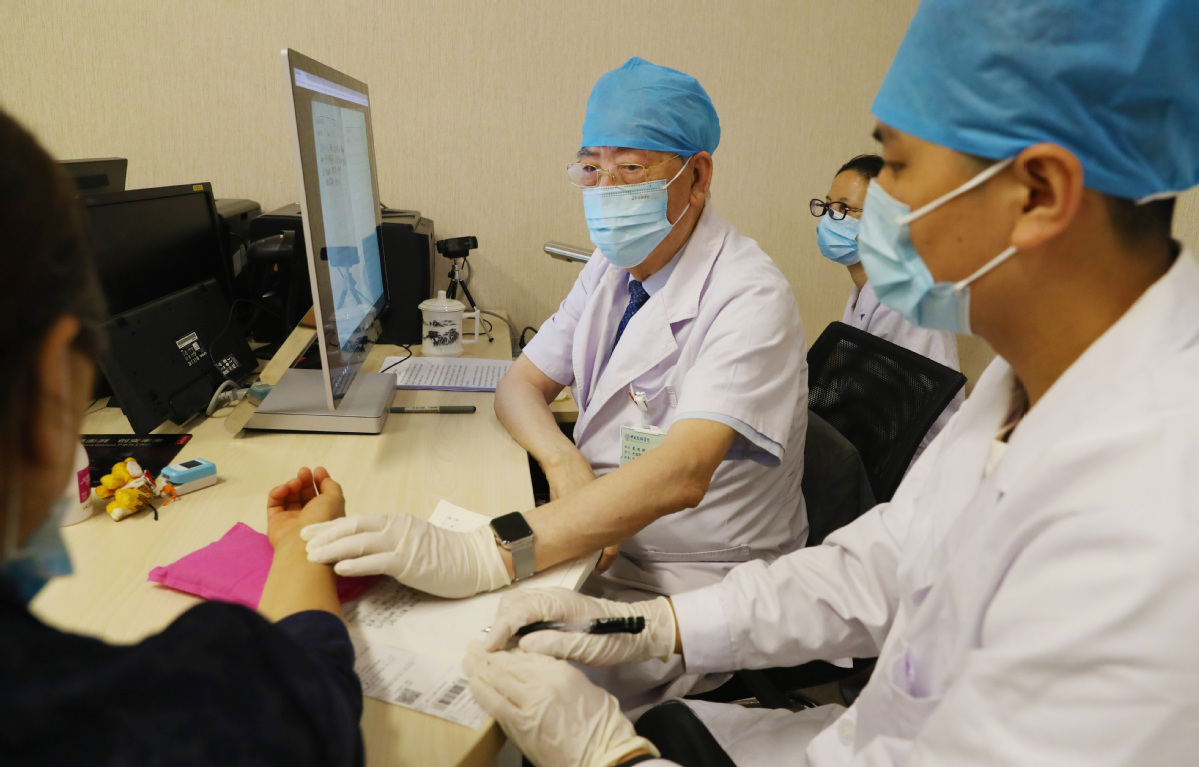 A leading traditional Chinese medicine doctor feels a patient's pulse at the China-Japan Friendship Hospital in Beijing on Aug 19, 2020. [Photo by Zhu Xingxin/chinadaily.com.cn]

More than 20 percent of enterprises surveyed are willing to increase investment into medical security of their employees in the next one to two years despite effect of the COVID-19 pandemic on business, a report showed.

The demand of healthcare is growing among the Chinese people due to the aging population, decreasing fertility rate and shrinking workforce in the country. A multilevel social security network is therefore necessary to promote people's livelihoods, experts said.

Such network should be composed of national basic security, and supplements from companies and individuals. Though the security net from the government has covered most of residents, the last two still have big development space, according to a white paper released by Taikang Insurance Group and market research firm Nielsen China, on Wednesday.

A total of 97 percent large and medium-sized companies surveyed have purchased supplementary insurance, besides that required by the government, for their employees, with an average premium of up to 2,123 yuan per person per year, it said.

About 70 percent of companies extended such services to workers' family members, with 59 percent targeting their children, according to the report.

However, only 27 percent employees surveyed said security offered by the government and their employers can meet their demands, with a mismatching between what they need most and what they receive, the report showed.

With the rising awareness of security in the society, 90 percent of employees are willing to buy extra insurance themselves. About 56 percent enterprises have provided "group buying" programs for workers to choose what insurance they want, it said.

Suo Lingyan, a professor of Peking University, said some companies in developed countries offer three to five kinds of health management plans for selection, and employees can enjoy subsidies from companies.

It's a good way to motivate workers and strengthen enterprises' competitiveness, without adding too much extra expenditure, the report showed.