Chinese companies' enthusiasm for investing in Europe remains high, despite the coronavirus pandemic's devastating impact on the global economy, according to industry insiders and analysts.

A stable, secure environment in Europe and favorable political conditions are attractive factors for investors, the experts said.

Gina Qiao, senior vice-president and chief strategy and marketing officer for technology giant Lenovo Group, said the company has been investing in Europe to help drive sales and boost efficiency.

"Two recent examples of this are the opening of Spazio Lenovo－our first European flagship store, which launched in Milan, Italy, in September－and our plan to open a new in-house manufacturing facility in Hungary in the spring to increase our production capacity and better serve our European customers," she said.

Lenovo is among the top three companies in terms of personal computer sales in nearly all European countries and the leading vendor in key markets such as Germany and Italy, according to data on its performance in the second quarter of this year.

Qiao said that as working, learning and spending more leisure time at home have become the global norm during the pandemic, the company has seen strong growth in demand for devices and games, along with rising cloud and infrastructure business.

She added that Lenovo will continue to serve customers in Europe and provide them with smarter technology.

Last year, Chinese investment in Europe rose rapidly, but fell significantly in Latin America, North America and Africa, according to the 2019 Statistical Bulletin of China's Outward Foreign Direct Investment. The bulletin was recently issued by the Ministry of Commerce, the National Bureau of Statistics and the State Administration of Foreign Exchange.

China's foreign direct investment, or FDI, to Europe last year totaled $10.52 billion, a rise of 59.6 percent year-on-year, with most of it going to the Netherlands, Sweden, Germany and the United Kingdom.

By the end of last year, the country had set up more than 3,200 FDI enterprises in the European Union, covering all the trading bloc's member states and employing more than 260,000 foreign workers.

He Yun, an assistant professor at Hunan University's School of Public Administration, said Europe offers a stable and legally secure environment for Chinese investment, compared with some developing countries, where there tend to be more risks. 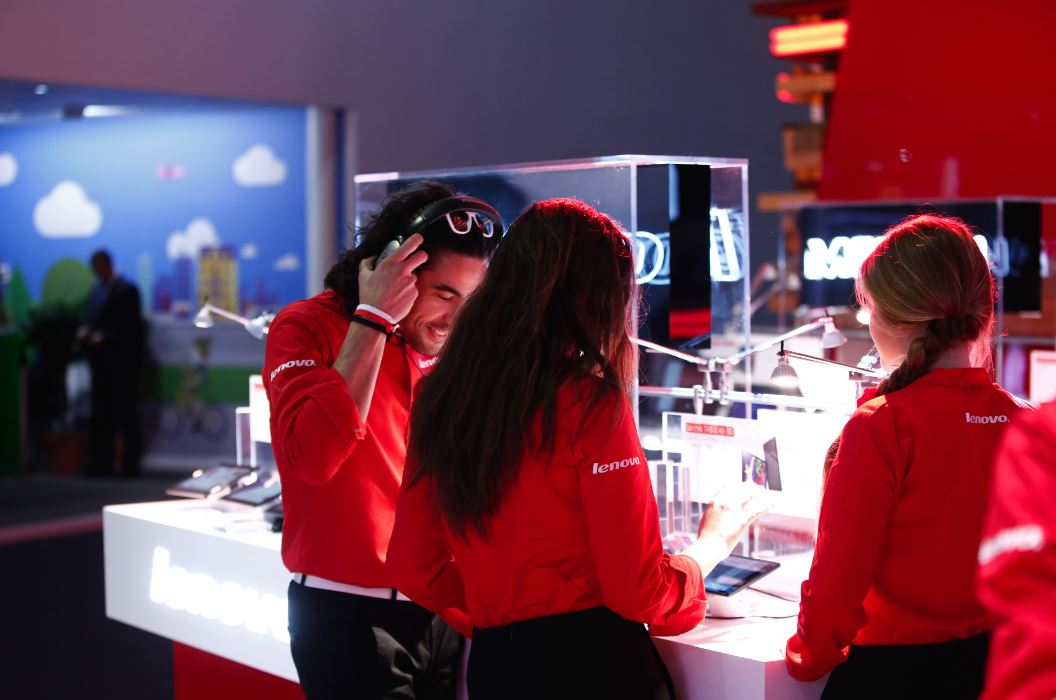 In contrast to the United States, relations between China and European countries are generally advantageous for Chinese investment. Moreover, since 2008, euro exchange and interest rates against the yuan have been relatively low, favorably pricing European assets and reducing costs for Chinese investors.

"There is still a lot of enthusiasm among Chinese companies for investing in Europe, but the continent needs to contain COVID-19 first to enable its economies and FDI inflows to recover," He said.

She added that foreign investment, including that from China, could be crucial to Europe's post-pandemic recovery.

"The European Union should facilitate the swift conclusion of a bilateral investment agreement to make it easier for two-way investment between the EU and China," she added.

Roland Brouwer, the Netherlands Foreign Investment Agency's executive director for China, said that for many years China has been the Netherlands second-largest source of investment.

"Most companies see the Netherlands as a springboard into the European market," he said.

He added that the pandemic has had an enormous impact on countries and societies, especially economically. Entrepreneurs and enterprises have been affected in many ways.

Brouwer said that through its website and social media platforms such as Sina Weibo and WeChat, his agency is sharing COVID-19 updates in Chinese with current and potential investors from the country. The updates cover topics such as general business information and support measures, tax options for businesses affected by the pandemic, immigration issues and international travel.

"Looking ahead, even when there is a storm, we also see companies and entrepreneurs immediately seizing opportunities to walk new paths during this crisis, developing new products and revenue models, and conducting digital business," he said.

Brouwer added that while it remains to be seen how the health crisis unfolds, the Netherlands can offer companies and entrepreneurs the best perspective in times of international uncertainty, not only involving COVID-19 but also Brexit. 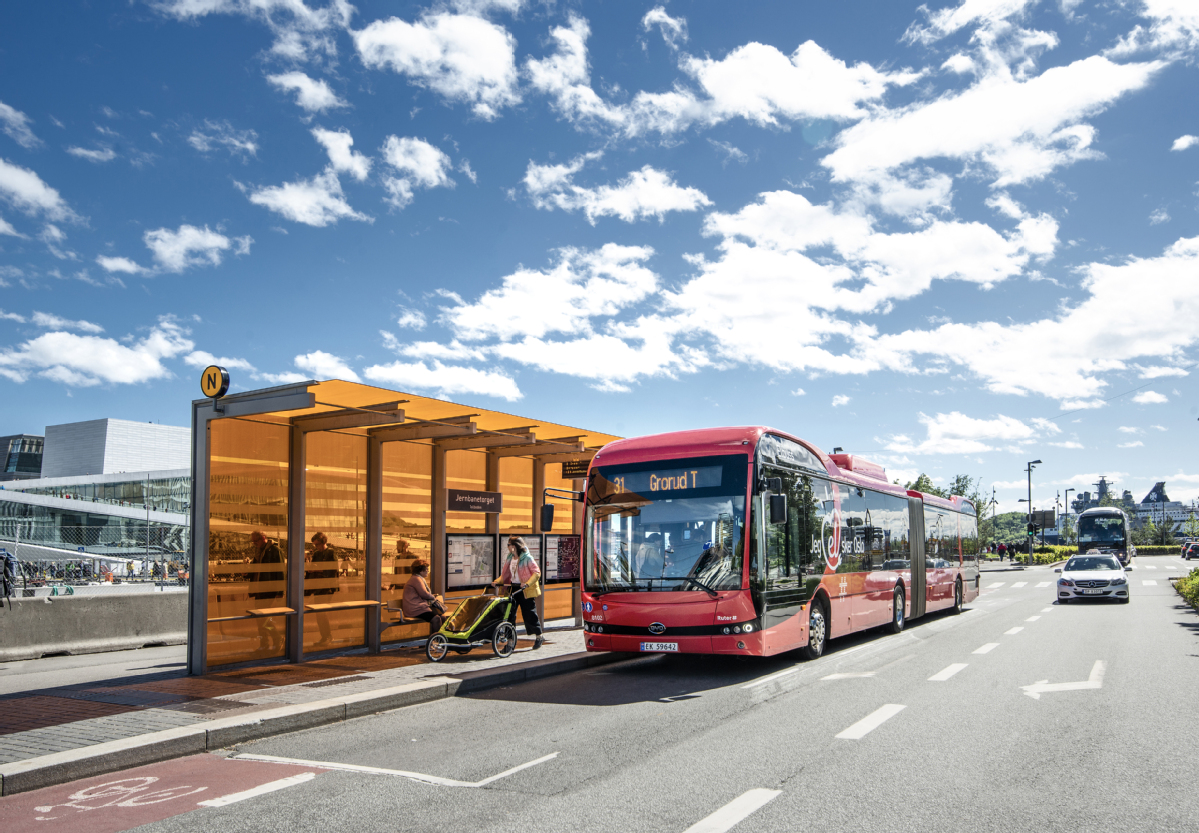 In 1998, BYD, a major Chinese manufacturer of new energy vehicles, established its European subsidiary in Rotterdam, the Netherlands, focusing on providing new energy products and services, including vehicles, rechargeable batteries and solar panels.

Isbrand Ho, managing director of BYD Europe, said the company's main development strategy in the European market, where great importance is attached to carbon emissions, has focused on promoting its electric buses.

"Our pure electric bus footprint covers more than 100 cities, including Amsterdam, London, Brussels and Turin, in 20 countries and has provided them with green solutions."

He added that BYD Europe has more than 500 employees, with over 50 percent of them locals. The company also has a research and development center and a localized R&D team in the Netherlands.

Ho said that in 1998, BYD encountered difficulties when it started to develop a pure electric vehicle business in Europe, as the company was not well recognized on the continent at the time and it was hard to expand the market.

However, in recent years, with increasingly stringent emission standards being applied in many European countries, the use of new energy vehicles for public transportation has accelerated, providing the company with more opportunities.

Despite the pandemic, BYD has tackled the difficulties and delivered products and services on time, including putting its pure electric buses on the roads of Glasgow in the United Kingdom and also in Spain and Germany.

The company is also due to launch its pure electric trucks in the European market, including 7.5-metric-ton light trucks, 19-ton heavy trucks and yard tractors, and 2.6-ton panel vans.

"Green development is the common goal of China and the European Union. Europe's green recovery plans and China's Belt and Road Initiative will also create more opportunities for companies from both sides to work together," Ho said.

He also called for a fairer, transparent and open market environment in Europe to enable Chinese companies such as BYD to provide more quality products to consumers.

Raymond Wang, a partner at global consultancy Roland Berger, said investment by Chinese companies in Europe will continue, but in a different way.

"A few years ago, this investment was more in the form of mergers and acquisitions," he said. "However, as Europe has become an important market for Chinese companies going overseas, investment in Europe has become more operations-related－for example, building factories, logistics centers, or R&D and development centers－which create more local job opportunities and benefit local society."

To attract more Chinese investment when the pandemic ends, he said the first thing European countries need to do is ensure the outbreak has been fully contained. Then, European investment by Chinese companies will naturally follow.

"Chinese companies should better learn about European culture and style, but on the other hand, Europe needs to introduce Chinese culture and style for both parties to work together," Wang said.

Jon Geldart, director-general of the United Kingdom Institute of Directors, which represents more than 25,000 business leaders in the UK, said he believes Chinese companies' enthusiasm for investment in Europe will continue, as there are still many good opportunities across continental Europe and in the UK.

"The only concern will be the ability to physically complete the practical face-to-face aspects of any deal, given the continued travel restrictions," he said.

"However, the pandemic is global, so at this level Chinese investors need to ask themselves where they should invest, not only from an attractive cost perspective but also from a security and strength of economy perspective."

Europe remains more attractive than numerous other locations, as its capital markets and culture are more solid and stable, Geldart added.

He said the UK, which is negotiating a Brexit deal with the EU, has a great opportunity to open its doors to more global investment.

"Maintaining an open dialogue with China is important. Interactions on a business-to-business level should be strengthened further to improve understanding. Better understanding generates increased trust and deeper relationships, which in turn will produce mutually beneficial investment," he added.