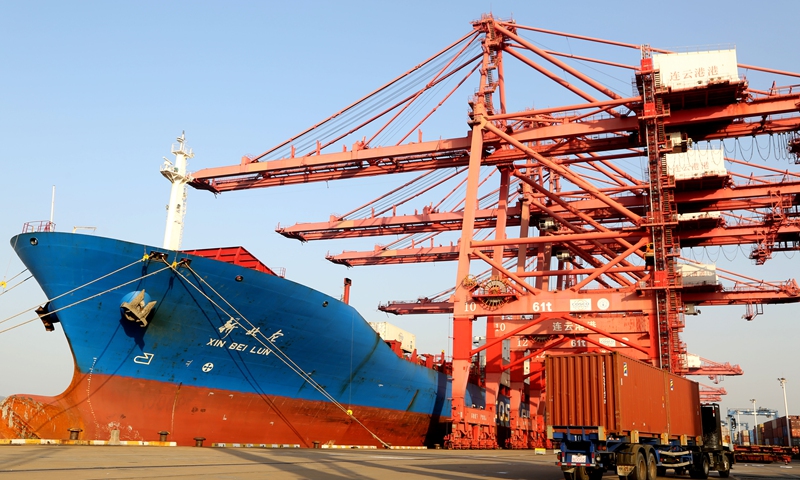 Chinese companies in foreign trade have ramped up efforts in making business trips under governments’ support before and during the Chinese Spring Festival holidays, as a way to meet face-to-face with their foreign clients while securing more deals for 2023.

A group of more than 20 people departed from Shanghai Hongqiao International Airport on Monday for a long trip to several countries including Germany, France and Italy where they will visit local companies, the Global Times learned from the Department of Commerce of Shandong Province on Tuesday.

The trip, organized by the provincial department of commerce, consisted of companies’ representatives and government officials, is the first of such kind for the provincial government in three years since the pandemic began.

The delegation will visit a group of Fortune 500 companies and industry leaders such as Siemens, Danone, and Nouryon to express preliminary cooperation intentions and promote cooperation, according to ql1d.com, a Shandong-based media outlet.

European companies are currently making their plans for 2023, and it is a right time to visit at this time, said Cao Guoping, an official from Shandong commerce department.

The recent business trip organized by Shandong government is part of measures jointly conducted by local government and companies to secure trade.

On January 9, when the Chinese mainland and the Hong Kong Special Administrative Region welcomed quarantine-free customs clearance for the first time in three years, Yiwu, the “world’s supermarket” in East China’s Zhejiang Province, organized the first business exhibition group in 2023 and visited the Hong Kong to participate in the 49th Hong Kong Toys & Games Fair.

During this visit, exhibitors from Yiwu contacted a total of 550 global buyers, and some enterprises even reached transaction intentions right at the exhibition site with a total of 25 million yuan ($3.68 million) of orders have been facilitated, according to zgyww.cn

Ningbo, a manufacturing hub in East China’s Zhejiang Province, will strive to organize more than 100 teams, involving over 1,000 enterprises, and up to 10,000 overseas personnel to explore overseas in the first four months of this year, according to the information Ningbo commerce bureau shared with the Global Times earlier.

More than a dozen of cities and provinces ranging from Guangdong to Jiangsu provinces were involved in organizing business trips to meet overseas clients since the second half of 2022.

The business trips have made up for the impact of not being able to meet in person due to the epidemic control measures of the past three years, and serves as a catalyst for shoring up the foreign trade flows, Bai Ming, deputy director of the International Market Research Institute at the Chinese Academy of International Trade and Economic Cooperation, told the Global Times on Tuesday.

Shu Jueting, spokesperson with Ministry of Commerce (MOFCOM) told a regular press conference on January 12 that judging from the situation of the sample foreign trade enterprises tracked and monitored by the ministry, positive signals have emerged; especially the situation of receiving orders in major exporting provinces has improved.

MOFCOM said it will support foreign trade companies to participate in overseas exhibitions as well as holding key exhibitions such as the Canton Fair to promote investment for overseas buyers.

With more government supportive measures and companies’ active approaches in place, Bai predicted a possible growth of China's foreign trade rebound to a normal level in March, followed by an even stronger recovery in the second quarter.