BUSINESS Company employs AI to cash in on crawfish craze

Company employs AI to cash in on crawfish craze 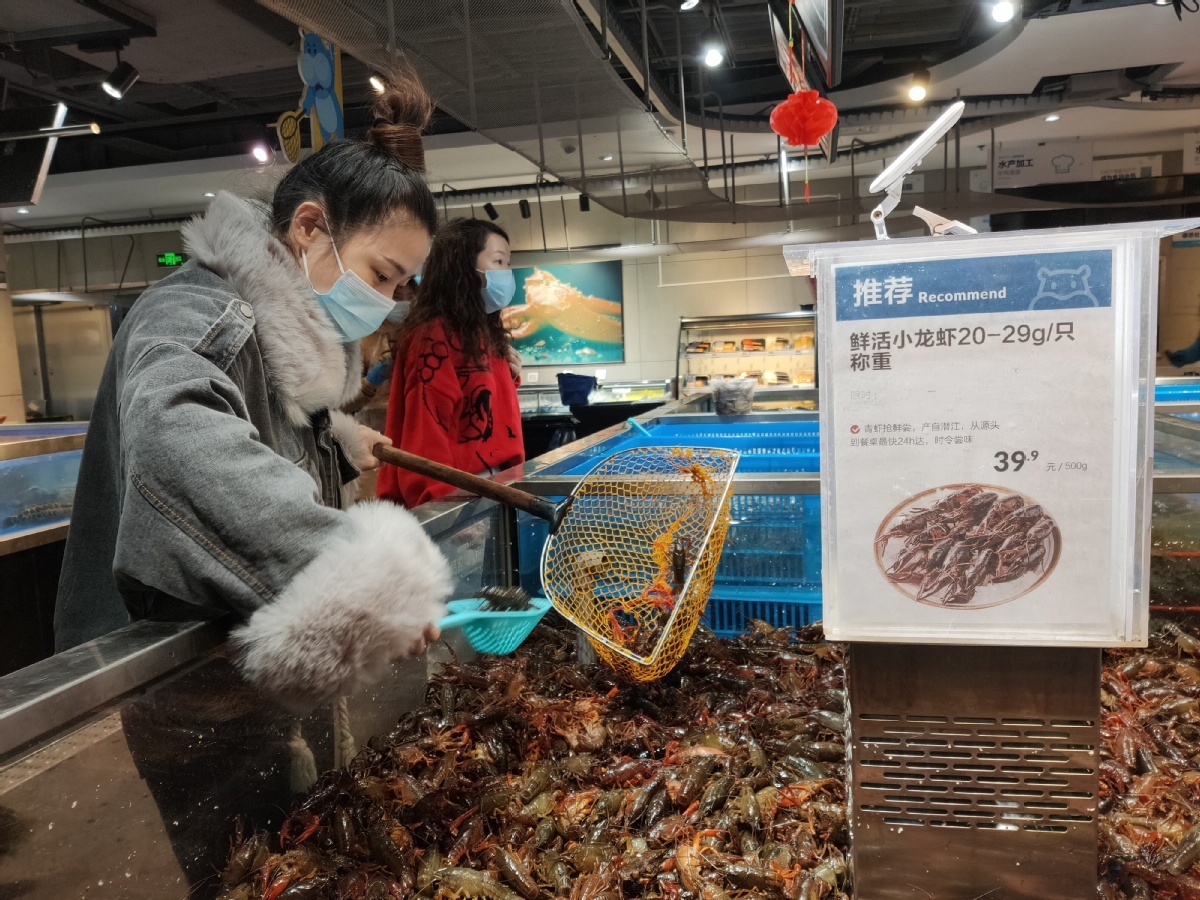 A customer picks crawfish from a tank at a market in Wuhan, capital of Hubei province, on April 1, 2020. (Photo: China Daily)

Meng Tao had long been leading his team in the research and development of gearboxes and other highly precise industrial machine tools at Kofon Motion Group, a company based in Huanggang, Hubei province.

That was until three years ago, when he started to eye the development of crawfish-processing machines, driven by the growing appetite of crustacean-crazy Chinese diners.

With the aid of artificial intelligence, the machine, developed by Kofon Motion Group, can send the angles and locations of crawfish to robots, and achieve automatic catching. It can remove the heads of about 1,000 crawfish in a minute and keep the tails, and the daily workload of the machine equals to that of 40 to 50 workers.

Kofon said it is at the final stage of testing its self-innovated smart processing machine, and the first such machine nationwide is expected to be put into use in a few months.

Hubei is the source of about half of the country's crawfish supply, according to the Ministry of Agriculture and Rural Affairs.

Now, Hubei has nearly 4,000 crawfish processors, accounting for 23.3 percent of the total nationwide, and crawfish processing has become a pillar industry locally, according to business information provider Tianyancha.

"Most crawfish available online and at supermarkets are tails with shells on, and their sales are usually higher than whole crawfish. Chinese diners like to peel the shells off when eating. It's just like eating nuts and seeds, and the process makes it more interesting and tasty," said Meng, a vice-president of Kofon Motion Group.

Yet, it has been hard for many crawfish processors to hire employees to manually take crawfish heads off.

A processor in Hubei said it needs thousands of manual workers to process crawfish every year. The processor usually recruits in advance from intermediary agencies, and it is often hard to hire workers.

Most of these staff are women in their 50s, and each employee needs to process about 120 kilograms of crawfish daily. Their monthly salary is less than 10,000 yuan ($1,560) per person, according to a report in Hubei Daily.

"As crawfish mature in different time periods and areas, their sizes are different. Our machine, which relies on artificial intelligence, needs to learn those different sizes to complete the work, and we are still fine-tuning it," Meng said.

So far, the company has received a large number of inquiries from crawfish processors, but it has yet to sign official purchasing agreements with them. The company said it expects to realize mass production of the machine within the year.

In the first two weeks of May, the freight branch of China Southern Airlines transported nearly 100 tons of crawfish in total from Hubei and Hunan provinces to other provinces nationwide, with the transportation volume jumping more than 80 percent year-on-year.

Nationwide, industry players have applied for more than 1,500 crawfish-related patents in China, including about 100 authorized patents for invention. Among those invention patents, most of them are related to crawfish cleaning, sorting and flattening, according to Qichacha, a company that tracks business registrations.

"In the long term, processors can use automatic machines to achieve far higher profits. With the rapid industrialization of the crawfish sector, demand for automatic shelling machines is expected to continuously rise," said Luo Xiang, an analyst from LeadLeo Research Institute, a market research provider.