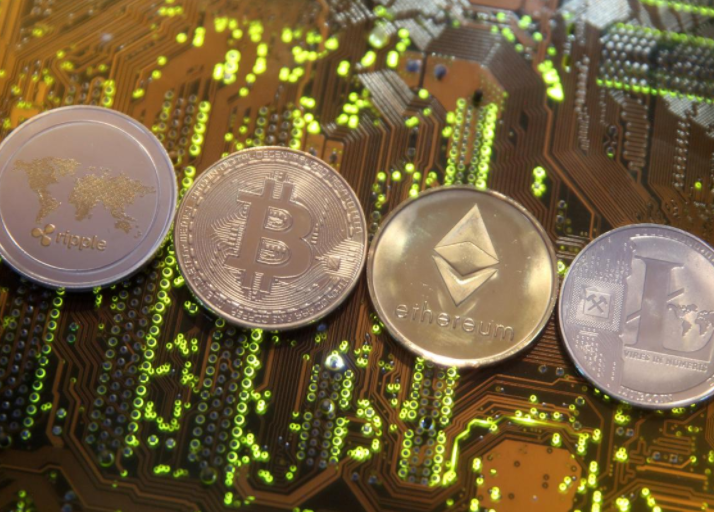 Jolted by the global investment craze over bitcoin and other cryptocurrencies, US lawmakers are moving to consider new rules that could impose stricter federal oversight on the emerging asset class, several top lawmakers told Reuters.

Bipartisan momentum is growing in the Senate and House of Representatives for action to address the risks posed by virtual currencies to investors and the financial system, they said.

Even free-market Republican conservatives, normally wary of government red tape, said regulation could be needed if cryptocurrencies threaten the US economy.

“There’s no question about the fact that there is a need for a regulatory framework,” said Republican Senator Mike Rounds, a Senate Banking Committee member.

Much of the concern on Capitol Hill is focused on speculative trading and investing in cryptocurrencies, leading some lawmakers to push for digital assets to be regulated as securities and subject to the SEC’s investor protection rules.

“The SEC is properly the lead on the issue,” said Republican Representative Bill Huizenga, chairman of the House Financial Services Subcommittee on Capital Markets which will hold hearings on the issue in coming weeks.

Huizenga said the recent growth of the virtual currency market had made him more comfortable with more oversight. “Six months ago, we didn’t see this explosion. The marketplace has changed,” he said.

Carolyn Maloney, a Democratic senior member of the House Financial Services Committee, is another lawmaker advocating for direct oversight of digital assets by the SEC.

”A lot of people don’t realize there’s nothing backing these virtual currencies,” she said.

Virtual currencies have existed for years but speculation in them has recently ballooned, along with scams promising investors returns of over 1,000 percent in weeks.

In a time of volatile markets, hackers are also active in the sector, stealing $530 million of digital currency from Japanese exchange Coincheck last month.

Bitcoin, the best known virtual currency, lost over half its value earlier this year after surging more than 1,300 percent.

“We have to look carefully at all of the cryptocurrencies and make sure individuals don’t get taken advantage of,” said Representative Tom MacArthur, a House Financial Services Committee Republican.

Regulators globally have raised the alarm over cryptocurrencies, saying they may aid money laundering and terrorist financing, hurt consumers and undermine trust in the global financial system.

France and Germany want cryptocurrencies on the agenda for the upcoming G20 meeting of the largest advanced and developing economies.

“I‘m a total free-marketer, so I don’t want to regulate,” said Republican Representative Dave Brat, a member of the conservative House Freedom Caucus.

“But if it’s a currency that could destabilize the whole economy, you’re going to have that conversation,” he said.

The SEC and CFTC chairmen recently called for greater scrutiny of digital assets before the Senate Banking Committee. Members of the panel said the regulators will return to discuss how to move forward.

While many lawmakers agree tighter oversight is needed, there is no consensus yet in Congress on how to proceed.

While some lawmakers say speculative investments should be classed as securities, others want digital currency transactions regulated as commodities.

The SEC is already cracking down on transactions known as initial coin offerings (ICOs), while the CFTC has identified digital assets as a commodity subject to its anti-fraud rules.

Peter Van Valkenburgh, director of research at the Coin Center, a member of the growing cryptocurrency lobby, said lawmakers need to distinguish between ICOs that operate like securities and other virtual currencies including bitcoin, which he described as a commodity like gold.

Senator Rounds told Reuters there was an opportunity to regulate cryptocurrencies as both a security and a commodity.

But while lawmakers are keen to mitigate the risks digital assets may pose, they are also mindful of the need to protect innovation, including the underlying distributed ledger technology, said Democratic Senator Chris Van Hollen, a member of the Senate Banking Committee.

“The goal here is to have rules of the road that protect consumers without trying to squash innovation.”