HARBIN - Workers on Thursday broke ground on a cableway spanning Heilongjiang River, which forms the China-Russia border, in hopes of advancing tourism in the region. 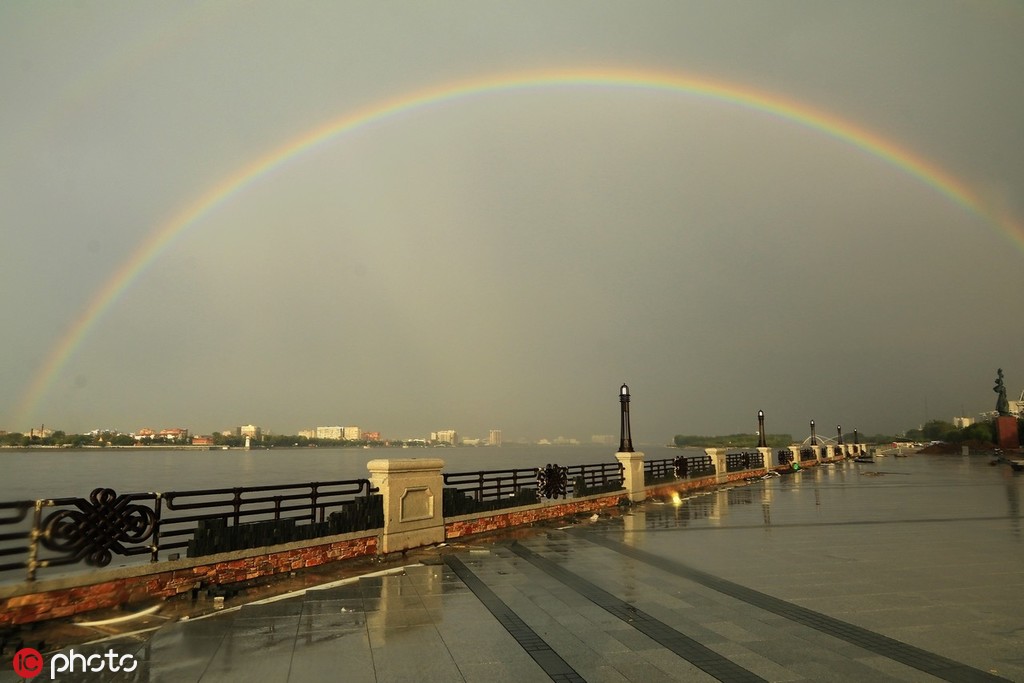 A double rainbow, which some see as symbolizing a friendly bridge connecting China and Russia, stretches across the Heilongjiang River, known as the Amur River in Heihe, Northeast China's Heilongjiang province, on Sept 5, 2017. (Photo: IC)

It is the first cross-border cableway between the two countries. On completion, the cableway will link up Heihe, a city in Northeast China's Heilongjiang province, and the Russian city of Blagoveshchensk across the Heilongjiang River, also known as Amur River.

As China's opening-up gains further steam, exchanges between the two cities have been increasing. Border crossing, however, has remained stubbornly slow.

The cableway, with a budget of 570 million yuan ($83 million), will be 972 meters in length and will follow two-way traffic, with cable coaches capable of carrying 80 people each. The cableway is designed to have a transporting capacity of 6 million people annually.

"A cableway will be a safe and convenient shortcut for tourists to cross the Heilongjiang River," said Qin Enting, secretary of the Heihe Municipal Committee of the Communist Party of China. "Riders will also get a glimpse of the unique views of both cities."

It is expected that the cableway will be finished and become operational in the first quarter of 2021. Completion of the project will boost tourism in the region and there will be 10 percent increase in the number of tourists to Heihe, according to estimates by the relevant departments of Heihe city.

Also, the time for a single-way border crossing will be shortened to less than 10 minutes.