BUSINESS Construction of grain reserve base in Qinhuangdao is progressing

Construction of grain reserve base in Qinhuangdao is progressing 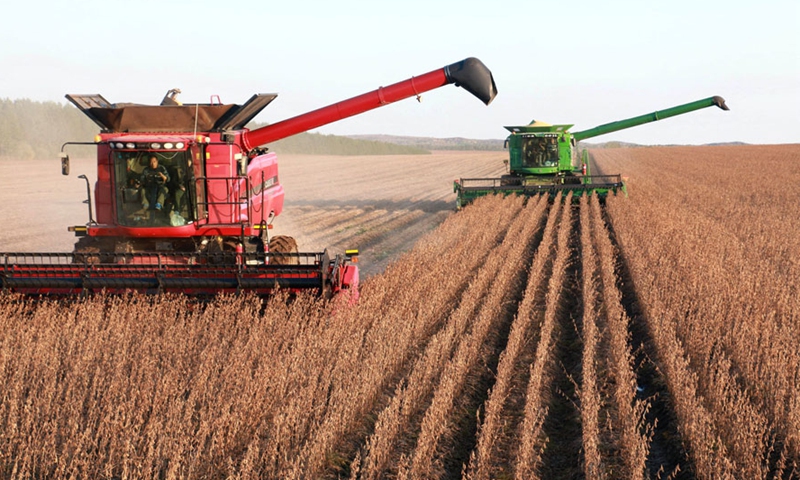 The construction of a grain reserve base project for storing imported soybeans under the China Grain Reserves Corporation Group in Qinhuangdao, North China's Hebei Province is progressing smoothly.

The project covers a total of 213,421 square meters, with a total construction area of 167,693 square meters and a planned storage capacity of 810,000 tons, which will significantly alleviate the insufficient storage space for imported soybeans in the region, local media outlet hebei.com.cn reported on Wednesday.

The base plans to build supporting facilities including bus stations, equipment storage, and one-stop service centers.

Analysts noted that the construction of the reserve base is to meet the nation's rising grain storage demands.

The annual output of China's grain production varies, depending on the weather and the production for each grain variant, so it is important for the responsible authorities to adjust the market by reserving a proper amount of grain products both from domestic production and imports to stabilize market supply and prices, Li Guoxiang, a researcher at the Rural Development Institute, the Chinese Academy of Social Sciences told the Global Times on Thursday.

Li noted the country's reserve for grain is also for emergency purposes in responding to potential emergencies including natural disasters.

Li stated that the global food price hikes have nothing to do with China's grain reserve system. China has actually been increasing grain supply to the market in a bid to help stabilize the prices, according to Li.