Construction to start on test line for 1,000 km/h maglev train in North China 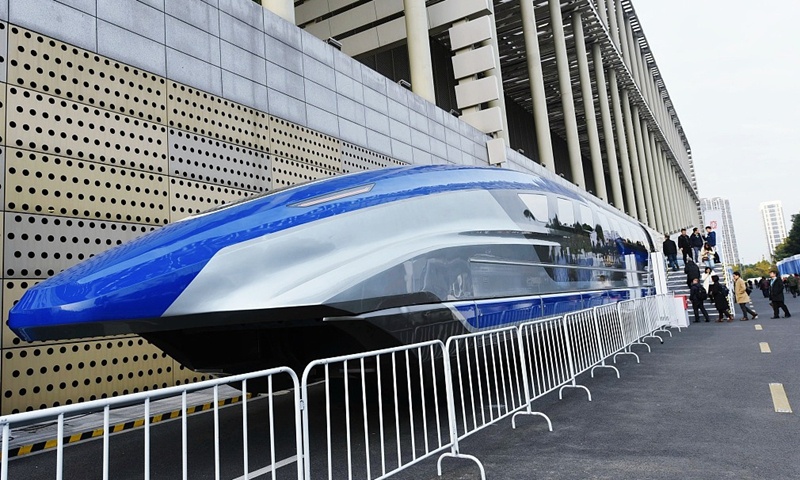 Construction will soon start on the test line for the world's fastest ground vehicle - a low-vacuum maglev high-speed train with a speed of up to 1,000 kilometers per hour - in Datong, North China's Shanxi Province, as preparation work is done, the local government said over the weekend.

The test line is part of the laboratory work for the low-vacuum magnetic levitation high-speed train project. It will provide a test platform for the key technology of low-vacuum pipeline magnetic levitation for ultra-fast vehicles that can move more rapidly than airplanes, at a ground speed of about 800 km/h.

The first phase of the project will involve a 2-kilometer line scheduled to be completed by June 2022. Equipment installation and tests will begin in July 2022.

Another 15-kilometer test line will be built within two years. The total plan calls for a "railway" line of 60 kilometers, according to project information posted on the website of Datong's municipal government on Saturday.

"Maglev and hyperloop systems are only part of the new era of transportation. A route of at least 50 kilometers is necessary to test various aspects, including the vehicle itself, as well as signals, command systems and routines," Wang Dashui, a railway transport engineer, told the Global Times.

US company Virgin Hyperloop tested its maglev with two passengers in November, with a speed of 160 km/h on a 500-meter track, media reports said.

While analysts said that it is hard to predict which country can first succeed in operating a 1,000 km/h maglev, it is more practical to make such systems profitable in China than in the US, as China has a huge population and solid foundations in rail transport.

China has the world's largest high-speed railway network with tracks covering 38,000 kilometers as of 2020, serving 95 percent of the cities with a population of more than 1 million, according to the Ministry of Transport.

In research and development, China holds 43.52 percent of the world's maglev patents, ranking first and well above Japan's 20.57 percent, according to a report sent to the Global Times by intelligent property data service provider PatSnap.