Companies behind some of the best-known consumer products — from soaps to sodas — are beginning to factor climate change into their business equation, according to a report published Monday. 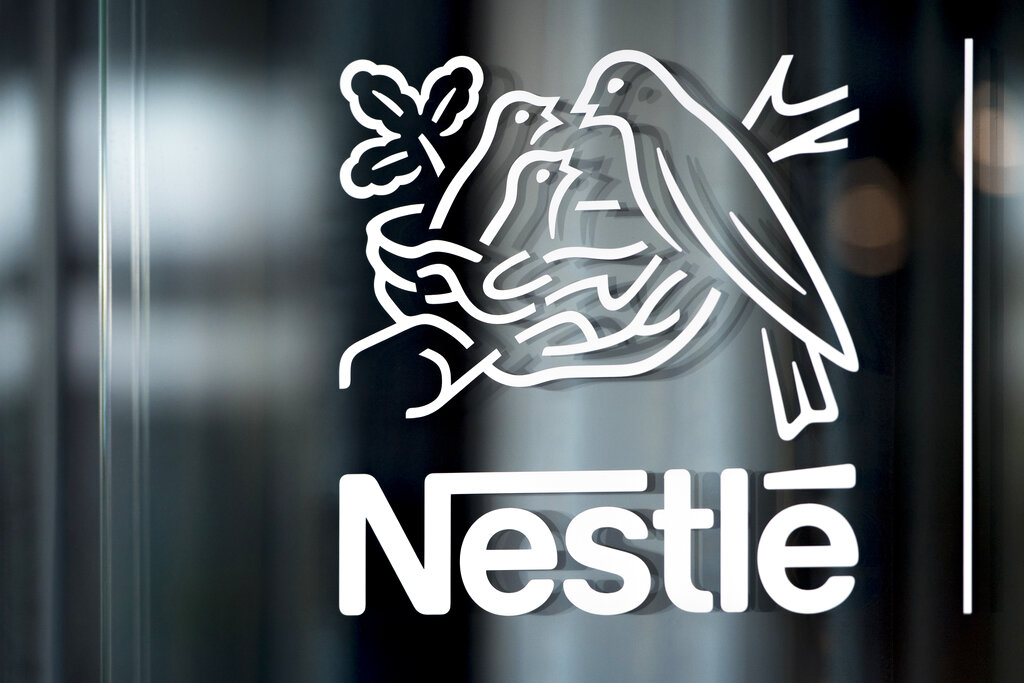 Feb. 14, 2019, file photo, Nestle's logo is displayed on a window, during the 2018 full-year results press conference of the food and drinks giant Nestle, in Vevey. (Photos: AP)

The survey of 16 major corporations by nonprofit group CDP found that many are working to lower their carbon emissions, prepare for the effects of global warming on their supply chain and respond to growing environmental consciousness among customers.

Examples include brewer AB InBev's efforts to develop a variety of barley that needs less water and Unilever adjusting its detergent formulas so they work at the lower "eco" temperature settings on modern washing machines, the London-based group said.

"We were surprised how much these companies were aligning themselves with changes in consumer preferences," said Carole Ferguson, the report's lead author.

This includes chasing trends such as veganism, a small but growing factor in the market that's driven by people who shun animal products for ethical or health reasons, but also because they have larger carbon footprints. PepsiCo's recent acquisition of Health Warrior, a maker of plant-based nutrition bars, is a typical example where a large company has snapped up a small brand to fill a niche it didn't yet cover.

Such purchases help companies bolster their green credentials at a time when they're beginning to feel the heat of climate activism. Consumer goods account for about a third of greenhouse gas emissions, meaning companies that make them play a key role in efforts to keep global warming below 2 degrees Celsius (3.6 Fahrenheit) by the end of the century.

But manufacturers like Nestle, Coca-Cola and Procter & Gamble also face growing scrutiny from investors who want to know what business risks they face from climate change before deciding whether to buy their stock, Ferguson said.

CDP ranked the companies surveyed according to how strongly their business is threatened by climate change, what they are doing to prepare for it and how much information they disclose to the market.

"Climate change is going to be disruptive to revenues and costs," Ferguson told The Associated Press. "What I would want to know as an investor is what kind of strategy they have going forward." 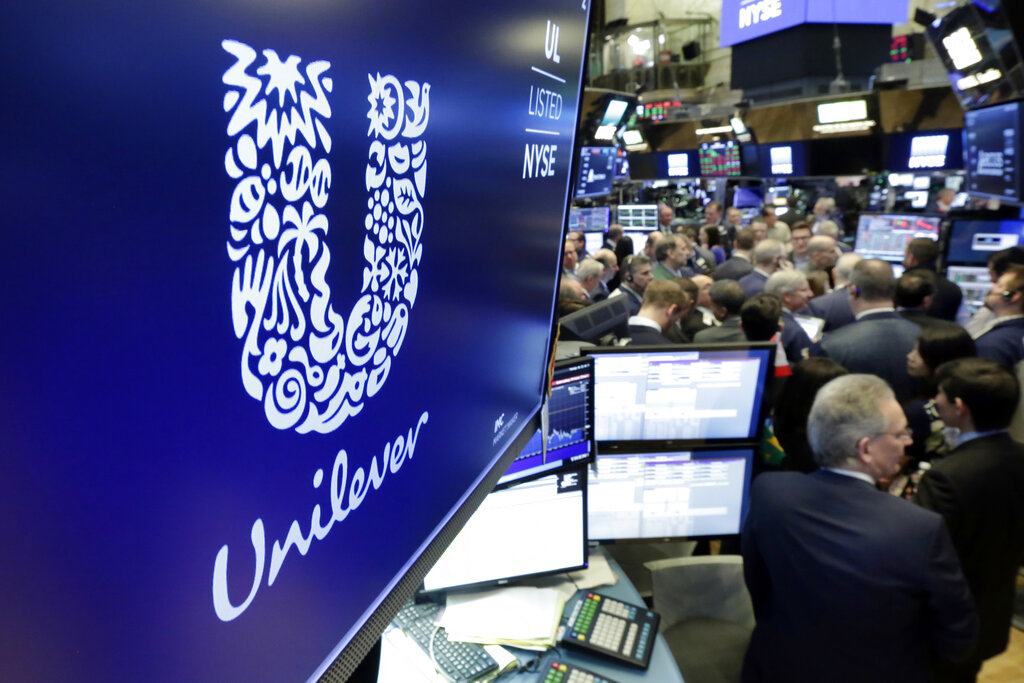 March 15, 2018 file photo, the logo for Unilever appears above a trading post on the floor of the New York Stock Exchange.

In general, CDP found that European makers of fast-moving consumer goods are ahead of US rivals in preparing for climate change — a disparity also seen in other sectors, such as automotive or oil and gas. France's Danone came first in the food and drinks sector, while Kraft Heinz came last out of nine; similarly Paris-based cosmetics company L'Oreal ranked second in the household and personal care sector, against New York-based rival Estee Lauder, which came last out of seven.

Possible reasons for this disparity include stricter regulation from the European Union, Ferguson said.

"Product labelling and carbon footprinting is on the horizon," the authors added.

CDP, which was once described as "the most powerful green NGO you've never heard of" by Harvard Business Review, isn't alone in suggesting it's time for companies to publish data on climate risks.

Influential business weekly The Economist recently proposed that voluntary climate-related guidelines for listed companies drawn up by the Financial Stability Board, an international body that monitors global financial system, should be made mandatory.