BUSINESS Consumption in China set to rise during Qingming Festival, a good start for Q2 GDP

Consumption in China set to rise during Qingming Festival, a good start for Q2 GDP 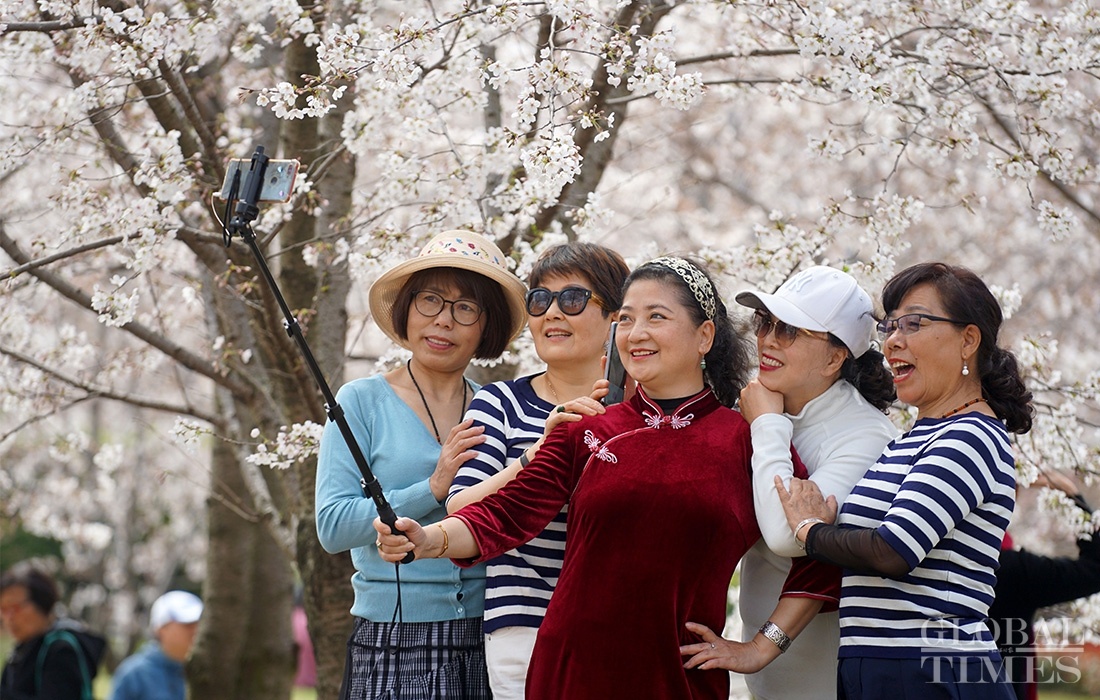 Chinese consumption in many sectors including tourism, catering and transportation is expected to experience a boost during the Qingming Festival holiday as China lifts restrictions on people's movement after tamping down the epidemic, with many sectors having prepared accordingly. Experts said it could be a good sign for the second quarter's economic rebound.

The Qingming Festival holiday falls from April 3 to 5 this year, and many Chinese will return home to pay tribute to their deceased relatives. It is also a great time for spring outings.

Since March 16, people from low-risk areas have been able to travel freely across the country with a green health code, without being required to present a negative nucleic acid test certificate.

The policy has "provided convenience" for those people who wanted to travel, while the long-restricted traveling demand will be able to "release quickly," Wu Liyun, associate professor at the China Academy of Culture and Tourism of the Beijing International Studies University, told the Global Times on Friday.

The mass COVID-19 vaccination campaign has been pushing forward step by step, along with effective preventive measures. "The tourism environment is quite good in China," Wu said.

By March 16, the number of people using Trip.com, a travel service provider, to book tickets for the Qingming Festival holiday had returned to the level of 2019. The number of people booking tickets at scenic spots increased 10 percent compared to 2019, according to the report Trip.com Group sent to the Global Times.

The tourism boost will drive forward sectors such as transportation, hotels, catering, shopping and entertainment. Railway trips in China are expected to hit 49.7 million from April 2 to 5, while a travel peak may emerge on April 3, with passenger trips expected to reach over 14 million, according to a report China Railway sent to the Global Times on Friday.

China's railway authorities have implemented a peak operating mechanism, with 10,046 passenger trains scheduled to operate every day during the Qingming Festival holiday, up 10.6 percent from the same period in 2019, a record high this year.

A Beijing resident told the Global Times on Friday that he spent over 22,000 yuan ($3,351) on two-way flights and a three-night hotel stay in Sanya, South China's Hainan Province for his Qingming Festival trip.

"I didn't travel during the Chinese New Year holiday due to COVID-19, but I really want to travel now," a 25-year-old woman in Shanghai told the Global Times on Friday.

China's economy has shed the clouds of the virus and picked up its recovery in the first two months of 2021. The nation's supportive policies and expected data are all "positive signals" that the country is on track to recover its economy, Wu noted.

The tourism boost will drive many sectors such as the services industry which have been restricted by the coronavirus, and it will eventually benefit the economy, Wu said, noting that the holiday economy including the upcoming May Day holiday will help boost the second quarter economy.