BUSINESS Consumption stimulus to drive economy in first half of 2020: experts

Consumption stimulus to drive economy in first half of 2020: experts 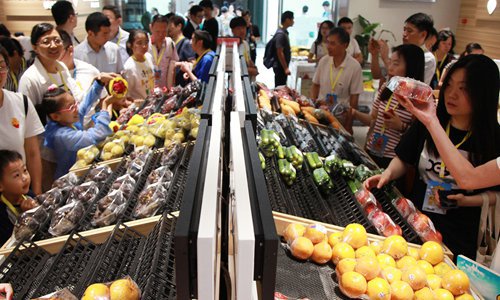 According to Liu Xuezhi, an economist at the Bank of Communications, the country’s economic performance is under pressure due to the effects of the coronavirus, and economic growth might be negative, and the lowest on record for the first quarter of the year.

“The impact of the epidemic is especially felt in the manufacturing sector,” Liu said, “and the services sector is showing a significant slowdown.”

Consumption has also been hit hard in the first quarter, with the exception of consumption of medical supplies, Liu said, but noting government measures are expected to be introduced to resume growth and upgrade the consumption level.

Several provincial governments have started rolling out measures to stimulate local consumption. East China’s Jiangxi Province will trial a 2.5-day weekend in the second quarter of this year, in the hopes it will encourage customer spending in hard-hit sectors such as tourism and catering.

Other local governments are handing out digital coupons to ensure consumption. Nanjing, the capital of East China’s Jiangsu Province, has issued digital coupons for sports, restaurants, and books to 270,000 of its citizens, with a total worth of 50 million yuan ($7.05 million).

With exports hit hard by diminished international orders and halted production, consumption is expected to play a crucial role in resuming economic vitality, especially during the first half of 2020, Tian Yun, vice director of the Beijing Economic Operation Association, told the Global Times on Saturday.

“Although production is being quickly resumed domestically, export figures are still expected to be grim as the pandemic in other countries and regions is currently on the rise, especially in the US and Europe which are our major trade partners,” Tian said.

Private consumption has been a major driving force behind China’s booming economy in recent years, in addition to investment and exports. In 2018, China’s private consumption accounted for 38.7 percent of the country’s nominal GDP, according to statistics from the National Bureau of Statistics (NBS).

That figure is still well below the international average of 60 percent and has significant room for growth as Chinese household income increases. In 2019, average disposable income per capita hit over 30,000 yuan ($4,227), increasing 8.9 percent year-on-year.

But consumption stimulus will not only boost consumer confidence, Tian said. It is also a significant move to stabilize the job market, especially for the lower-income population.

“Smaller businesses in retail and catering sectors might not be significant enough to stand out in terms of GDP contribution,” Tian said. “But they are an important job provider for the population with lower income levels.”

According to data from the Ministry of Commerce, the total number of market entities in domestic trade surpassed 70 million in 2018 and, according to Tian, the number in 2020 is expected to be even larger.