Consumption continued to be the mainstay of economic growth in China and contributed to 57.8 percent of GDP growth, 26.6 percentage points higher than the gross capital formation, as the country's per capita GDP exceeded $10,000 for the first time last year, the National Bureau of Statistics said on Friday. 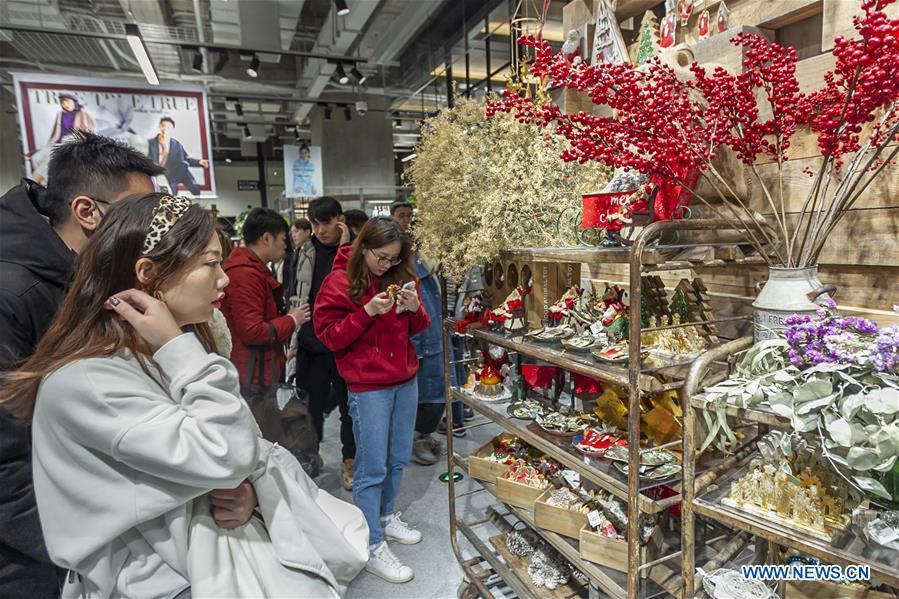 Consumers check out Christmas-themed items at the global flagship store of "niko and..." brand in Shanghai, Dec 21, 2019. (Photo: Xinhua)

Experts said the rising per capita GDP and higher disposable incomes are indicative of the massive purchasing power that is waiting to be unleashed in the world's second-largest economy. A growing number of young shoppers aspire to pursue high-quality and exquisite lifestyles, along with consumption upgrade, they said.

"Consumption plays a fundamental role in China's economic development and is the primary driving force behind the economic growth," said Ning Jizhe, head of the National Bureau of Statistics, adding that the steady growth in the income of residents will boost consumption.

Wang Yuanhong, an economist at the State Information Center, a government think tank, said China's rising per capita GDP indicates that the overall consumption level will continue to expand, accompanied by an advancement in consumption upgrade.

"The growth in overall GDP and per capita GDP represent an elevation of the country's comprehensive economic strength and social wealth, as well as the steady improvement of people's living standards," said Xu Hongcai, deputy director of the economic policy committee of the China Association of Policy Sciences.

Xu said China's economy still has huge growth potential and strong resilience, despite the complex and fast-changing external environment, with over 1.4 billion population, who have increasing demands for consumption, as a significant pillar for economic development.