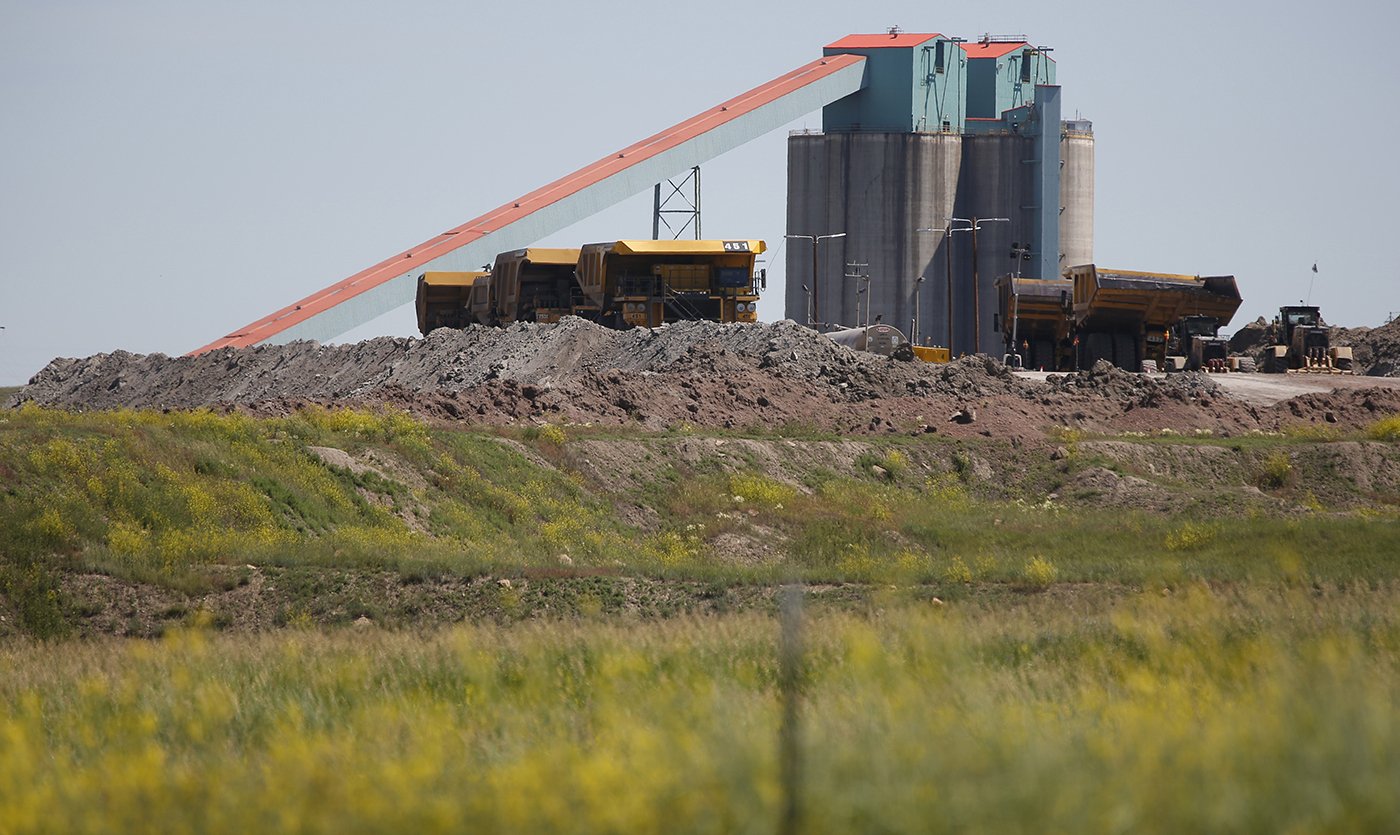 Travis Deti has been working the phones to try to get government support for the US coal industry during the coronavirus pandemic. Between recent calls, the head of the Wyoming Mining Association tried to unclog a sink at home.

But unlike Deti’s sink, which eventually started flowing again with help from a plumber, aid remains stubbornly clogged for an industry whose already rapid decline is accelerating because of the economic effects of the virus.

“We’d take anything right now,” said Deti, whose group represents companies that produce about 40% of the nation’s coal.

Coal demand has tanked over the past decade amid competition from cheap natural gas and expanded renewable energy sources. Coal companies have faced a reckoning as the world looks to combat climate change and move away from fossil fuels despite President Donald Trump’s effort to revive the industry.

Now, the pandemic has made things worse. Lockdowns have shut off lights and computers in offices and schools, sapping demand for electricity provided by coal-fired power plants. Americans stuck at home binge-watching Netflix aren’t coming close to making up for that drop in demand, expected to be 3% for 2020.

The safety of workers is another issue. In the most productive coal region in the US — Wyoming and Montana’s Powder River Basin — companies are staggering shifts and running more buses to and from mining towns to create more space between workers.

Companies have temporarily suspended operations at mines in Pennsylvania, Illinois, and Virginia to stop the spread of the virus. Some miners are only working two or three days a week.

“There is no consistency from mine to mine, even within the same company,” said Phil Smith, spokesman for the United Mine Workers of America, a union representing thousands of coal miners primarily in the eastern US.

Even before the virus, companies were forced into bankruptcy and workers faced furloughs and layoffs. Six of the top seven U.S. coal companies have filed for Chapter 11 bankruptcy since 2015 and analysts expect more as the economy dives.

There are bright spots, however. The worldwide decline in electricity consumption, along with less fuel being burned for transportation, has meant clearer skies. Particulate pollution is down almost 19% in India and 6% in China since before the outbreak, according to Fiona Burlig with the University of Chicago’s Energy Policy Institute. The decrease in the US is a modest 0.5%.

The US is expected to see a 7.5% drop in climate-warming greenhouse gas emissions tied to reduced production — that is until carbon dioxide emissions surge next year as the economy rebounds, according to projections by the Energy Information Administration.

But there is little doubt of the crushing effect of the virus’s economic fallout on coal. In January, before the pandemic took hold in the US, coal production was forecast to drop 14% this year. With the coronavirus and a mild winter that meant less electricity needed to heat homes and businesses, that drop is now expected to be as much as 25% — falling to levels not seen in 55 years.

“It will simply be that renewables and gas will keep their market, and coal, being the more expensive fuel, is going to get pushed out even more than it would,” said Seth Feaster of the Institute for Energy Economics and Financial Analysis.

St. Louis-based coal company Foresight Energy, which employs 800 people, maybe the industry’s first coronavirus-related casualty. It filed for federal bankruptcy protection in March, citing in part “a slowdown in the global economy due to concerns over the coronavirus.”

The National Mining Association last month asked Congress and the White House for $822 million in federal assistance by reducing or eliminating royalties, taxes, and fees.

“If we can stay operating, that’s the big thing for us,” said Deti of the Wyoming group.

Congress has shown little willingness so far to help, and none of the industry’s requests were included in the $2 trillion coronavirus relief bill. Analysts doubt any significant aid will come.

“Typically, when you think about industries that the government has protected, it’s large, strategically vital industries,” said Benjamin Nelson, a senior credit officer with Moody’s Investors Service. “So, in an industry that’s in a steep, secular decline, I think there’s less incentive to get involved.”

One US lawmaker from a coal state, Democratic Sen. Jon Tester of Montana, said mining companies could apply for relief but that there are bigger challenges for the economy than propping up coal corporations. The priority should be small businesses, he said.

“They are the ones that, quite frankly, we need to make sure are able to survive through this,” Tester said.

Even if the industry gets what it wants, the boost would be only temporary and leave the same fundamental problem: a lack of demand said Feaster of the energy economics institute.

“Both royalty relief and tax relief depend on your ability to produce or make a profit,” Feaster said. “If there’s no demand and nobody wants to buy, that doesn’t really help you.”