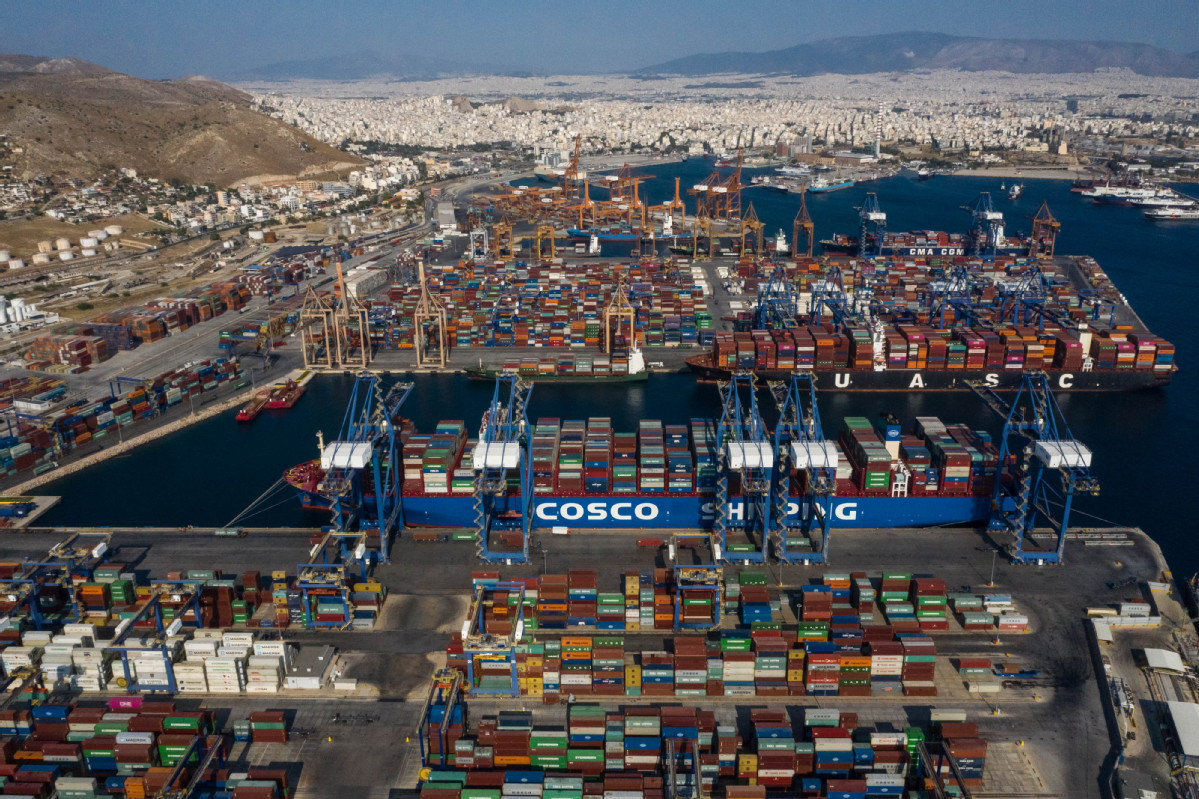 A COSCO container vessel docks at the Greek port of Piraeus. (Photo: Xinhua)

China COSCO Shipping Corp, the country's largest shipping group, announced on Monday that it has completed an additional 16 percent stake acquisition in the Greek port of Piraeus, marking a fresh step in turning the port into a major international transit hub for products and services between Asia and Europe.

The move came as Greece's parliament approved the sale of another 16 percent stake in Piraeus Port Authority SA(PPA), the largest port in Greece, to COSCO Shipping in September. It raises the Chinese company's stake in PPA to 67 percent.

Under the agreement signed between Greek government-owned Hellenic Republic Asset Development Fund (HRADF) and COSCO Shipping in 2016, the Chinese investor paid 280.5 million euros ($327 million) to HRADF for the initial acquisition of a 51 percent stake in PPA.

It will pay another 88 million euros within five years for the additional 16 percent in PPA, according to the deal.

In addition to benefiting the Greek economy, the project has been useful in boosting economic and trade ties between China and Europe as it has already become a major trading and transportation hub for goods both ways, said Xu Lirong, chairman of Shanghai-based COSCO Shipping.

Addressing a ceremony in Beijing, Xu said that backed by more than a decade of growth, Piraeus Port has been expanded, upgraded, linked to railway networks and saw robust growth, after COSCO Shipping began managing the port's container terminals in 2009.

For the next step, he said the group will work with all partners to build Piraeus Port into a regional logistics hub, and open more shipping routes and railroads to enhance the port's competitiveness.

The Chinese group has been using Piraeus Port as a transshipment hub for Asian exports to Europe arriving on container vessels from China, as it is the nearest western port to Egypt's Suez Canal.

In 2010, shipping containers processed in Piraeus Port totaled 880,000 twenty-foot equivalent units, while in 2020 it reached 5.45 million TEUs, despite the disruption caused by the COVID-19 pandemic.

"Thanks to its encouraging performance and infrastructure, the port is able to stay resilient in the face of the unprecedented turmoil caused by the pandemic," said Tassos Vamvakidis, commercial manager of Piraeus Container Terminal SA, a COSCO Shipping subsidiary.

Moreover, the Chinese operator has offered local communities more than 3,000 direct jobs and over 10,000 jobs in related services, contributing 1.4 billion euros in taxes, duties and social contribution, he added.

Purchasing a majority stake in Piraeus Port－which the Chinese have already made one of the fastest-growing harbors in Europe－will facilitate China, Greece and other economies participating in the Belt and Road Initiative to enlarge their export volume and generate business opportunities in the services sector, said Zhou Zhicheng, a researcher at the Beijing-based China Federation of Logistics and Purchasing.

Given the strategic importance of Piraeus' geographic location for global trade, Zhou said the port has the potential to become China's and the rest of Asia's gateway to Europe, as well as a major ship repair base and a cruise port in the Mediterranean.