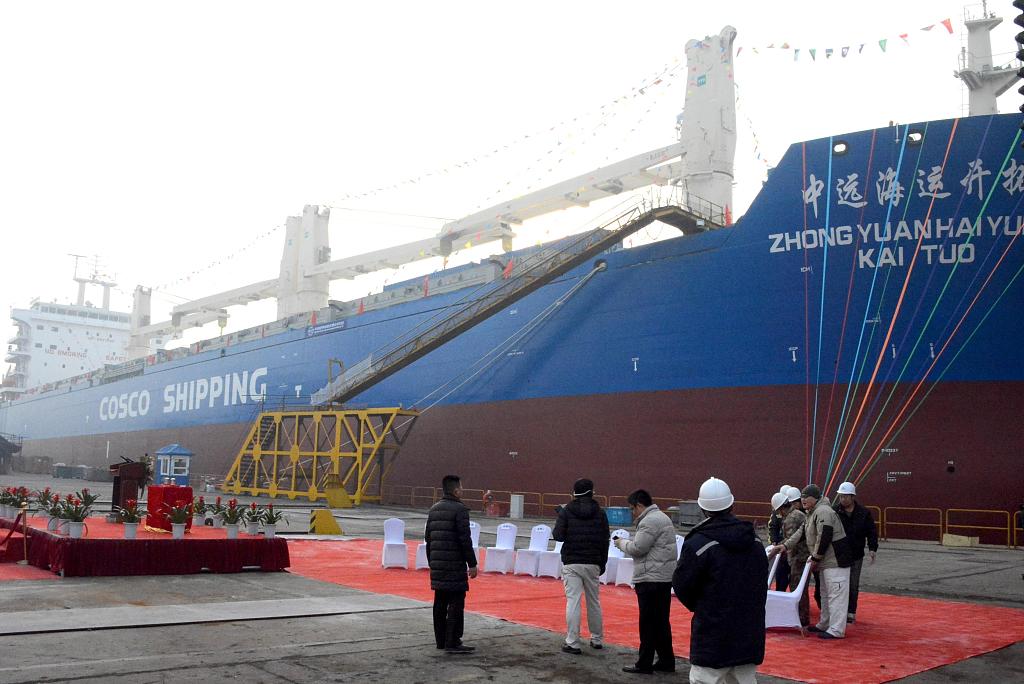 A vessel fully loaded with paper pulp left Punta Pereira Uruguay in South America and headed for its destination in Western Europe in the beginning of 2019, marking COSCO Shipping's first regular service in the Atlantic Ocean.

Since officially launching the Tramp-Liner service in the Atlantic by M.V. Tian You, which arrived in the Port of Flushing in the Netherlands and Port of Brake in Germany in February, COSCO Shipping Specialized Carriers Co Ltd will make monthly voyages with about 270,000 metric tons of pulp in 2019, according to Chen Feng, general director of marketing and sales, COSCO Shipping Specialized Carriers.

Atlantic routes play a major role in global shipping as about three-fifths of global ports are scattered along the Atlantic Ocean, accounting for two-thirds of the international trade and for three-fifths of the throughput, said Chen.

Major cities in Europe and the United States are located on both sides of the Atlantic Ocean, and more than 4,000 vessels sail on the North Atlantic route every day, which makes the region extremely important for global shipping enterprises.

"COSCO Shipping Specialized Carriers used to serve Chinese customers in the past, and we expect the tramp-liner services to facilitate our efforts in going global and winning clients beyond Chinese borders," said Chen.

The new route is driven by solid market demand for paper pulp from South America to Europe and the Mediterranean region, and shipping demand within this region is increasing. COSCO Shipping Specialized Carriers is already expanding its capacity from its existing five vessels as a dozen such vessels are under construction, added Chen.

"It's worth mentioning that COSCO Shipping Specialized Carriers made its maiden voyage to the Arctic in a Chinese commercial vessel in 2013," Weng said. "So far, we've completed 22 voyages to the Arctic and one to the Antarctic, which means COSCO Shipping Specialized Carriers is the only shipping company to have experience sailing in the areas surrounding both the South Pole and North Pole."

To date, COSCO Shipping Specialized Carriers is pursuing more than 200 projects in countries and regions related to the Belt and Road Initiative. They are handled by assigned leaders and classified into short-term, medium-term and long-term projects.