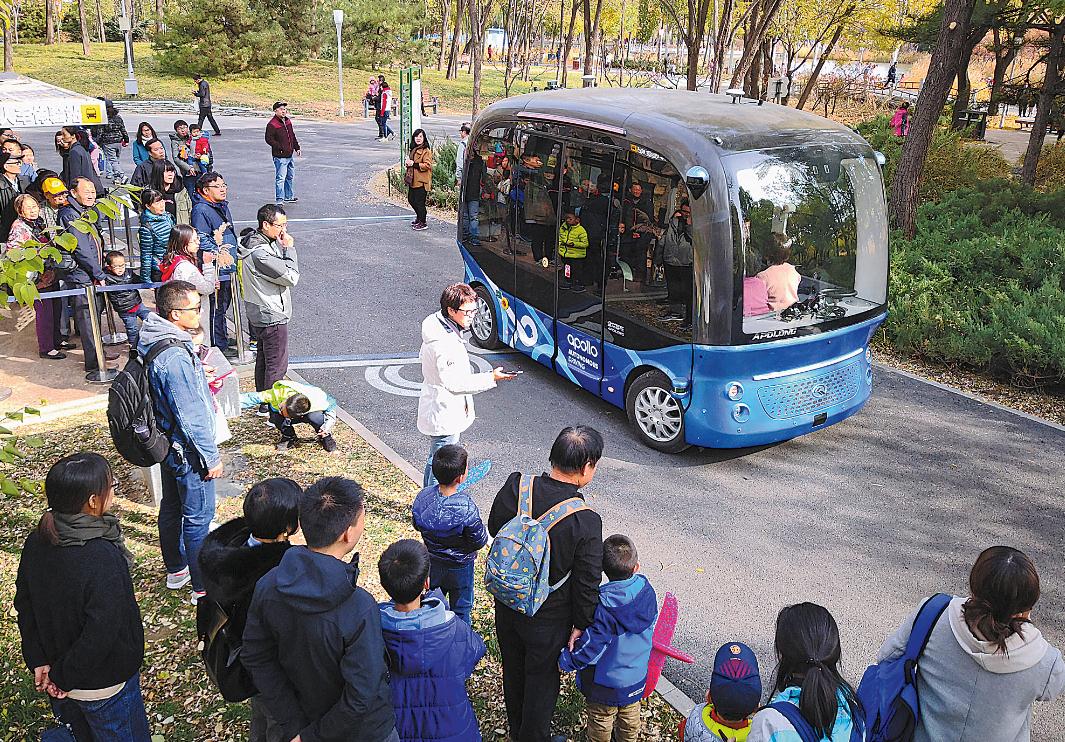 Though China's carmakers and government have long committed to developing the autonomous driving industry, analysts said the country still has a long way to go if it intends to dominate the sector.

The latest Autonomous Vehicles Readiness Index released by global audit and consultancy firm KPMG with the aim of assessing countries' preparedness for autonomous vehicles showed that China ranks the 20th, and still has areas where continued improvement is needed.

The main reasons for the less-than-satisfactory result are the lack of availability in China of the latest technologies and consumer adoption of the technology. China also ranked last in the report on a new measure assessing the data-sharing environment.

China still has the potential to become the world's largest market for autonomous vehicles, according to consulting firm McKinsey. It estimates that such vehicles will make up more than 40 percent of new vehicle sales in the largest auto market by 2040.

One of the biggest factors that could help China move up the grid in the race of autonomous driving development: government support to protect and encourage the industry.

"The environment in China for testing new innovation is much easier than in most other markets in the world," said Huu-Hoi Tran, partner and head of Automotive China at KPMG China.

Last year, China first approved the testing of autonomous vehicles on public roads in Beijing, Shanghai and Guangzhou and gradually in other cities.

By the end of 2018, a total of 15 regions have released automatic driving test management standards, and 11 cities in those areas issued 95 test licenses for 27 companies.

The KPMG report noted that China showed relative improvement in the technology, innovation and infrastructure pillars, and gains the highest score on online ride-hailing, with 21 percent of people having used the system.

China also benefits from the number of companies focused on autonomous vehicle technology. Their efforts are also reflected in another report－the Autonomous Vehicle Disengagement Reports 2018－released earlier this month by California's Department of Motor Vehicles in the United States.

Chinese autonomous-driving startups Pony. Ai and the country's internet giant Baidu ranked the fifth and seventh, respectively, on the list.

Chinese carmakers are also stepping up efforts to develop the technology. Chongqing Changan Automobile, as the only Chinese carmaker to obtain the test licenses in the US and China, has run more than 12 million kilometers of autonomous road tests, including 1 million km of conditional automation Level 3 technology.

The carmaker says it will invest 20 billion yuan ($2.98 billion) on research and development in the next 10 years and mass produce high automation Level 4 autos by 2025.