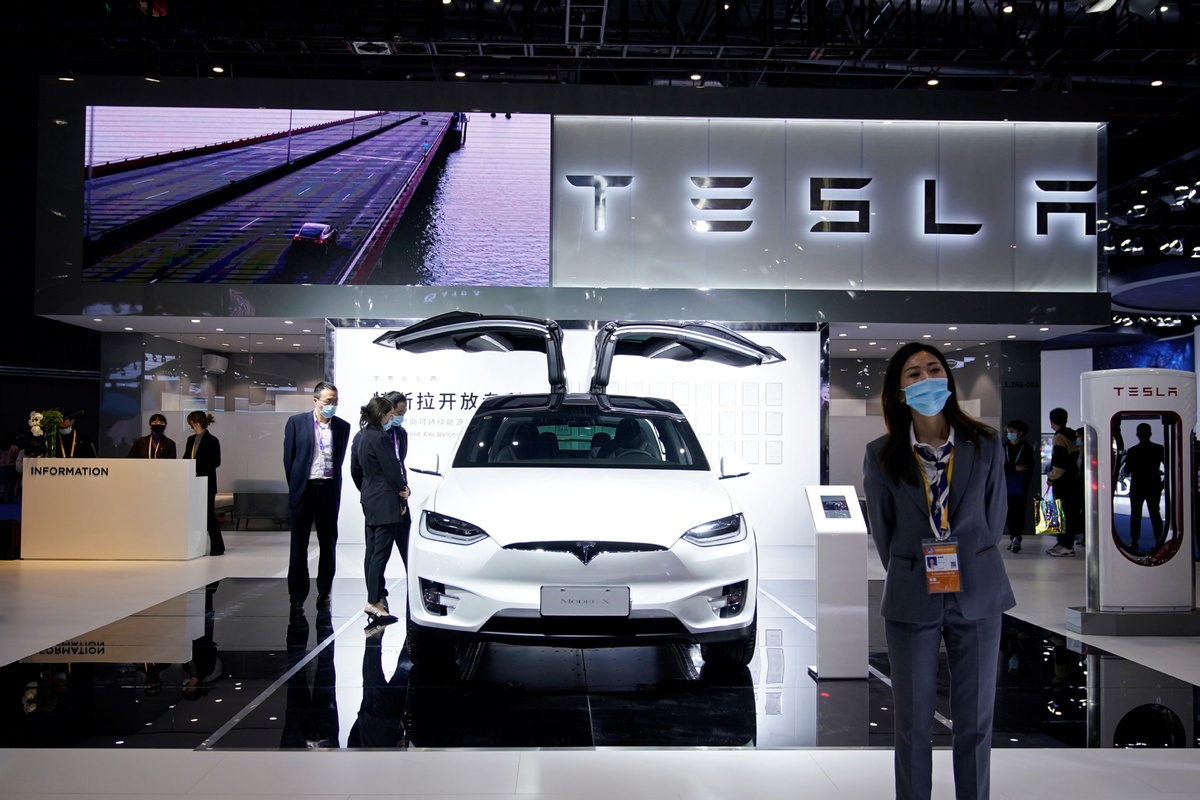 China's electric vehicle market is ready to switch into high gear in the new year as automakers scramble to offer lucrative deals to attract environmental protection-conscious buyers and embrace the country's carbon neutrality goal in the years to come.

United States EV manufacturer Tesla will soon roll out its Model Y produced at its Shanghai plant, the company said on Saturday as it reported delivering nearly 500,000 cars globally in 2020.

The automaker said production of the Model Y, a compact crossover sport utility vehicle, has begun in its Gigafactory 3 in Shanghai's Lingang Special Area, with deliveries expected to commence shortly.

Tesla has managed to nearly hit the 500,000 threshold thanks to a record high fourth quarter, with 180,570 cars delivered in the three months ended December-30 percent higher than the previous quarter. It produced 509,737 electric vehicles worldwide in 2020.

The company didn't release sales figures by region or model. But the newer Model 3 and Model Y vehicles have combined to form a significantly larger share in its portfolio, with production reaching 454,932 units and deliveries 442,511 units.

The development came just a day after the automaker's announcement that it took orders for its China-made Model Y at lower-than-expected prices.

The pricing is competitive enough to boost demand for Tesla in China, said Bill Russo, founder and CEO of consultancy Automobility.

"China will continue to fuel Tesla's global growth in 2021, more so than ever," Sharon Li, an analyst at JL Warren Capital, said in a recent note.

China, the world's largest auto market, has set a target for new energy vehicles, including plug-in hybrids and hydrogen fuel cell vehicles, to make up 20 percent of auto sales by 2025, up from around 5 percent in 2020.

Competition is heating up in the country's burgeoning EV market as domestic and foreign players unveiled emission-free cars to cut pollution as China seeks its long-term goal of reaching carbon neutrality by 2060.

Local players including Nio, Xpeng and Li Auto have joined the EV fray, with sales rising and shares surging. For instance, share prices for New York-listed Nio expanded around 12 fold in the past year.

While continuing to bolster the sector's development, the country has begun to cut subsidies for NEVs by 20 percent this year. Subsidies currently apply to passenger cars costing less than 300,000 yuan.

Despite the reduction, the national subsidy scheme has essentially been extended for two years from the end of 2020 to the end of 2022 as a way to "stimulate the automobile market impacted by the COVID-19 pandemic and the global downturn of the auto industry", according to the International Council on Clean Transportation in a recent report.

It added that new combinations of national and local policy tools are expected in the post-subsidy era.