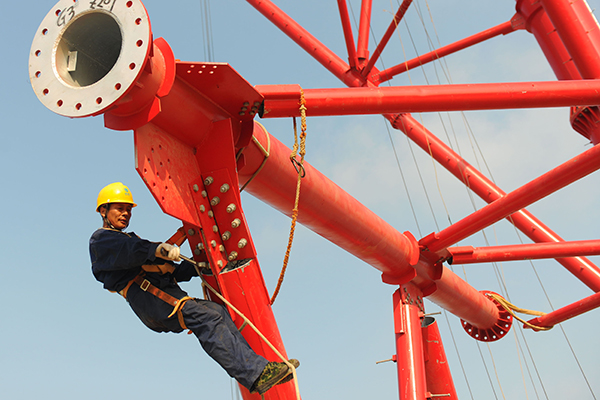 China and Central and Eastern European countries can play complimentary roles to each other with massive potential for cooperation in the energy sector, especially in renewable energy power generation, smart grid technology, advanced nuclear power technology, clean use of fossil fuels and smart energy, insiders said.

In addition, they should also enhance cooperation on project investment, joint ventures and capacity cooperation on energy equipment manufacturing, he said.

He made the remarks during the first technology exchange activity in energy cooperation between China and Central and Eastern European countries in Beijing on Monday.

China and Central and Eastern European countries jointly established the "16+1" cooperation mechanism in Warsaw in 2012, with the 16 European participating members, namely Albania, Bosnia, Herzegovina, Bulgaria, Croatia, the Czech Republic, Estonia, Latvia, Lithuania, Macedonia, Poland, Romania, Slovakia, Slovenia, Serbia and Hungary. The National Energy Administration has invited officials and enterprise representatives of energy sectors from the Central and Eastern Europe countries for exchange and seminars and study tours, so as to increase understanding of China's energy technologies, equipment, standards and services.

"The European markets are still developing their wind, solar, and other zero-carbon sources providing attractive growth markets for Chinese operators," he said.

"We think that China's cost leadership, in terms of unit production cost, will continue providing the companies with an advantage if bidding for projects."