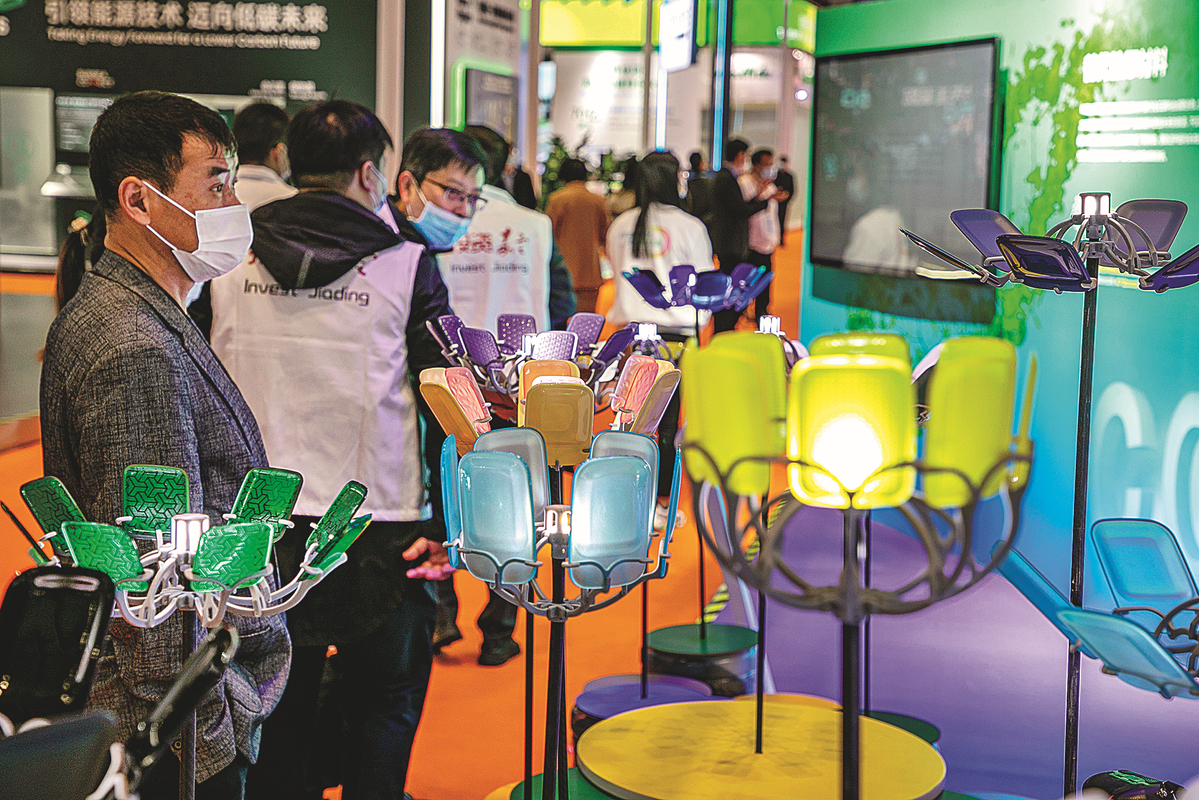 As China upholds its target of achieving carbon neutrality by 2060, multinational corporations are aligning such targets with their own strategies and incorporating them into daily practices.

For example, German materials manufacturer Covestro is aiming to achieve net zero emissions by 2035 from its own production and external energy sources.

In its annual earnings release in February, the company vowed to reduce 60 percent of its greenhouse gas emissions by 2030, as it takes the path of circular economy and climate neutrality.

The net-zero target by 2035 applies to the so-called Scope 1 and Scope 2 scenarios. According to the definition by the Greenhouse Gas Protocol, Scope 1 emissions refer to direct emissions from company-owned and controlled resources, while Scope 2 emissions are indirect emissions from the generation of purchased energy from a utility provider.

Covestro is making extra efforts to reduce greenhouse gases other than carbon dioxide. At Covestro Integrated Site Shanghai, the company has invested in technologies to neutralize emissions of nitrous oxide, which can result in stronger greenhouse effects than CO2, Lei said.

"We also cut electricity usage and CO2 emissions by 30 percent, and apply steam generated from the production process to other areas," she added.

Covestro also expects an increase in operating expenses of low three-digit million euro amounts annually. These cost assumptions are based on experiences in which prices for fossil-based energies are lower than prices for renewable energies.

The company has already met its ambition to reduce specific greenhouse gas emissions from its production by 50 percent per metric ton by 2025－Covestro successfully cut these by 54 percent in 2021, compared to base year 2005.

"For one, production plants can be controlled more efficiently thanks to further digitalization of facilities and the use of digital technologies, while processes can be optimized using digital simulations," she said, adding that digital technologies also help collect and track emissions data throughout the value chain.

Also, production sites worldwide are to be gradually converted to renewable electricity, such as the use of offshore wind power.

For instance, around 10 percent of the electricity Covestro needs in Shanghai now comes from the solar parks of Datang Wuzhong New Energy Co. In addition to existing cooperation models with power suppliers, further agreements are being planned in order to achieve a net-zero carbon footprint, she said.

Covestro is also sparing no effort in coming up with energy-efficient solutions for its customers. For instance, urbanization increases the focus on constructing new energy-efficient buildings and renovating old ones. Large quantities of methylene diphenyl diisocyanate (MDI) are hence used worldwide as a raw material for making rigid polyurethane foam, a very effective insulation material for buildings and refrigerators.

Now the company has added a climate-neutral MDI to its product portfolio, with 40 million tons of CO2 equivalent able to be saved by using PU insulation.

Another example of sustainable products is Covestro's first climate-neutral polycarbonate－the first to appear globally－which is made using raw materials from mass-balanced organic waste and residual materials as well as renewable energy.

According to Lei, there is an increasing trend of electromobility and a regulatory push for electric vehicle charging systems to continuously grow. Covestro's data suggested that using climate-neutral polycarbonate for EV chargers could enable savings up to 450 kilotons of CO2 equivalent by 2030. As such, the company's climate-neutral polycarbonate has been shipped to customers since 2021.

In addition to Scope 1 and 2 endeavors, Covestro also intends to announce a reduction target for Scope 3 by 2023, which refers to greenhouse emissions from upstream and downstream processes in the value chain.