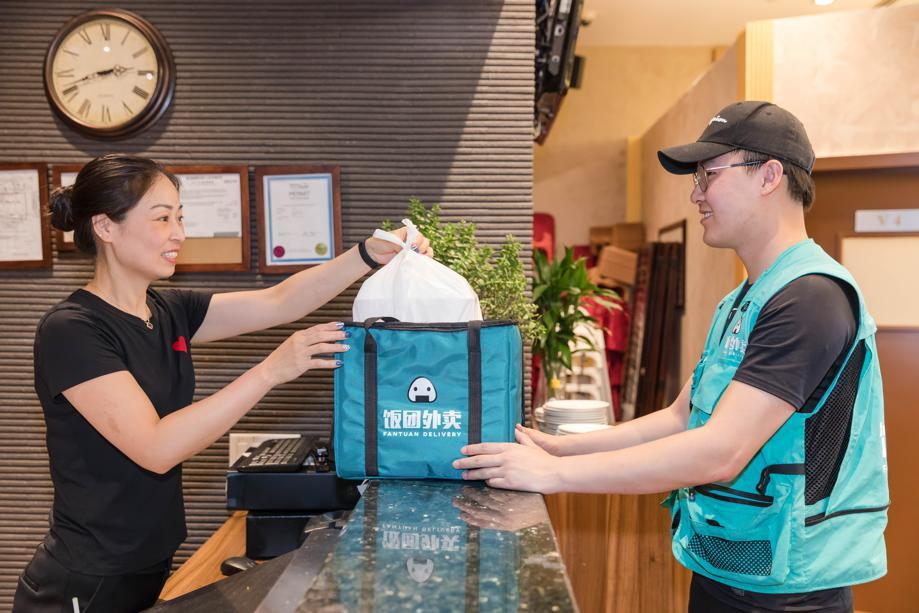 One of North America's largest Chinese and Asian food delivery app service providers, Fantuan, revealed an ambitious set of targets that it said will boost its presence among foreigner consumers and diversify its business scope in North America amid the ongoing COVID-19 pandemic.

"Fantuan doesn't want to stand still on business tailored for Chinese community in the region. So it is optimizing its full English app," said Zhu Xiang, Fantuan's chief technical officer, who based his office in the North China municipality of Tianjin, rather than in the company's headquarters in Vancouver, British Columbia, Canada.

"Its move to launch the full English app has brought order growth of almost 900 percent within three months in Vancouver, and the trend is being copied in other areas in North America," he said.

The move follows Fantuan's foray from Canada into the United States — in San Francisco, Chicago and Boston — since last year, adding its presence to 40 cities in North America.

"Last year, the company's revenue surged by nearly 400 percent and the COVID-19 pandemic, in fact, is accelerating this growth," he said.

This year the company expects the value of its gross merchandise volume to hit $800 million, doubling the figure from last year.

In addition, before last year, it had seen stunning annual growth. It began to be profitable just two years after it was set up in Canada in 2014 by a Chinese student, Wu Leping.

Previously, Chinese international students and young office workers were among the heaviest users of the app. However, the pandemic has encouraged many families to use food delivery service.

Fantuan expects to optimize its business in reviews, coupons, errands, content marketing and more, which thrives among Chinese food delivery apps such as Meituan, Zhu said. 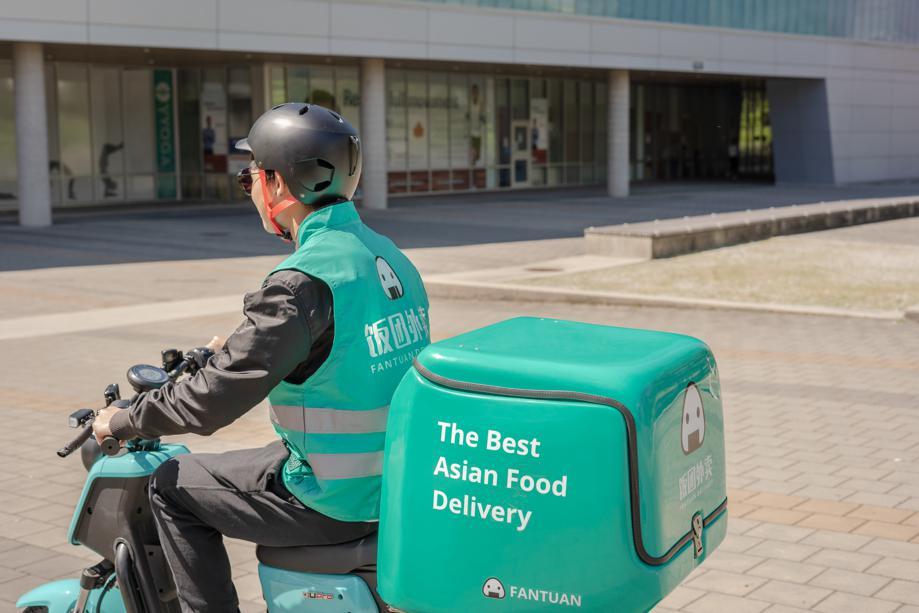 A Fantuan delivery worker heads out to fill an order.

Fantuan's co-founder Feng Yaofei, said the company envisions that as COVID-19 begins to fade, the dine-in business — consumers who choose a restaurant based on reviews on Fantuan and physically go there — could rise to one-fifth of the total consumers who click a handheld device to order food delivery."

Zhu attributed Fantuan's rapid growth to the model of "copying from China".

The Meituan app, with the most customers in China, saw its revenue hit 114.8 billion yuan last year, a surge of 17.7 percent year-on-year, according to its annual financial reports revealed in March.

Meituan profits not only from delivery but also from its restaurant reviews of dine-in business in first- to fourth-tier Chinese cities.

In addition, Fantuan's development benefits from its research and development and central control centers in Tianjin, thanks to lowered business costs and a leading R&D team.

"We are riding the tide on which many leading internet companies are basing their R&D in China. We began our move in 2016," Zhu said.

Online meeting service provider Zoom Video Communications, founded by a Chinese entrepreneur and based in the United States, has set up three R&D centers since 2011 — in Hangzhou, Suzhou and Hefei.

The largest e-commerce company in Southeast Asia, Shopee, also founded by a Chinese entrepreneur and based in Singapore, has set up three R&D centers since 2016 — in Shenzhen, Beijing and Shanghai.

Zhu added: "The Tianjin government has provided favorable policies for foreign entities and the city has a talent pool from which we can hire people to provide R&D support."

He noted that "Fantuan is facing challenges related to supply. The industry has changed significantly, with many restaurants having been shut down, but some are ready for reopening. How to educate restaurant owners about the importance of online restaurant operations will be the next long-term project."