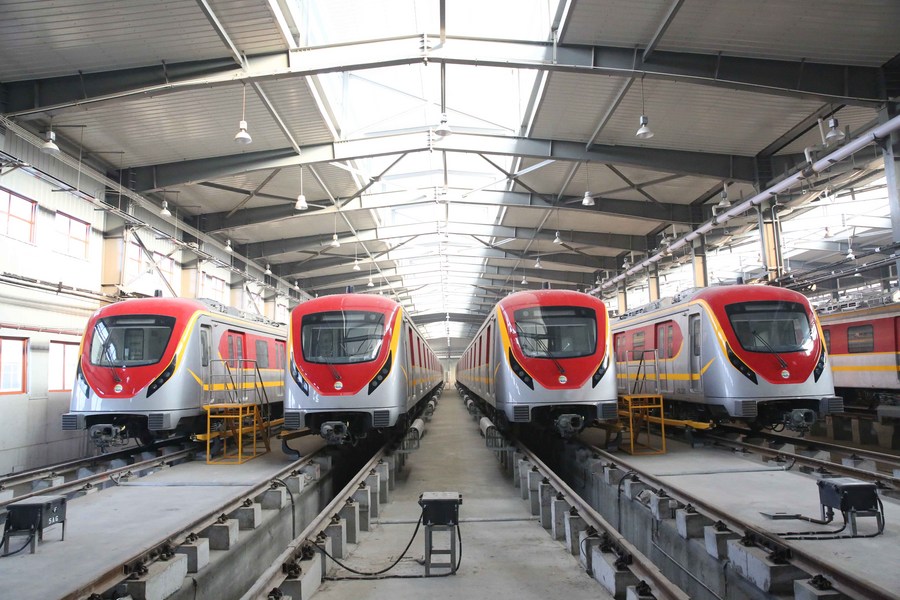 Trains of the metro train service are seen at a terminal station in Lahore, Pakistan, on Dec. 10, 2019. (File photo: Xinhua/Liu Tian)

Speaking at a pre-bid conference of the SEZ in Sindh's capital city Karachi, the Chief Executive Officer Abdul Azeem Uqaili said the total development cost of the Dhabeji SEZ is estimated at 120 million U.S. dollars and it is being developed under public private partnership mode through an international competitive bidding process.

The conference was largely participated in person and through video link by government officers, potential investors representing multi-national and local companies.

Despite the outbreak of COVID-19, the provincial government received a huge response and many bids are expected to be submitted from potential investors till February next year which has been fixed as the final month for submission of bids from developers and the agreement would be signed on March 9, 2021, according to a statement by the SEZMC.

"The SEZ will facilitate the potential investors from China and other countries to either start new enterprises or transfer their facilities to Pakistan, and all documentation process and other formalities will be done through one-window operation," he said.

Uqaili said the country's federal government has approved 4.3 billion rupees (some 26.82 million U.S. dollars) fund to construct a dedicated grid for the SEZ which would provide up to 250 megawatts of electricity at zero point of the project to be completed by 2023, and an additional 429 million rupees (2.67 million U.S. dollars) supply of up to 15 mmcfd gas at the doorstep of the project which was scheduled to be completed by December 2021.