CPI expected to further ease after 4-month low in August 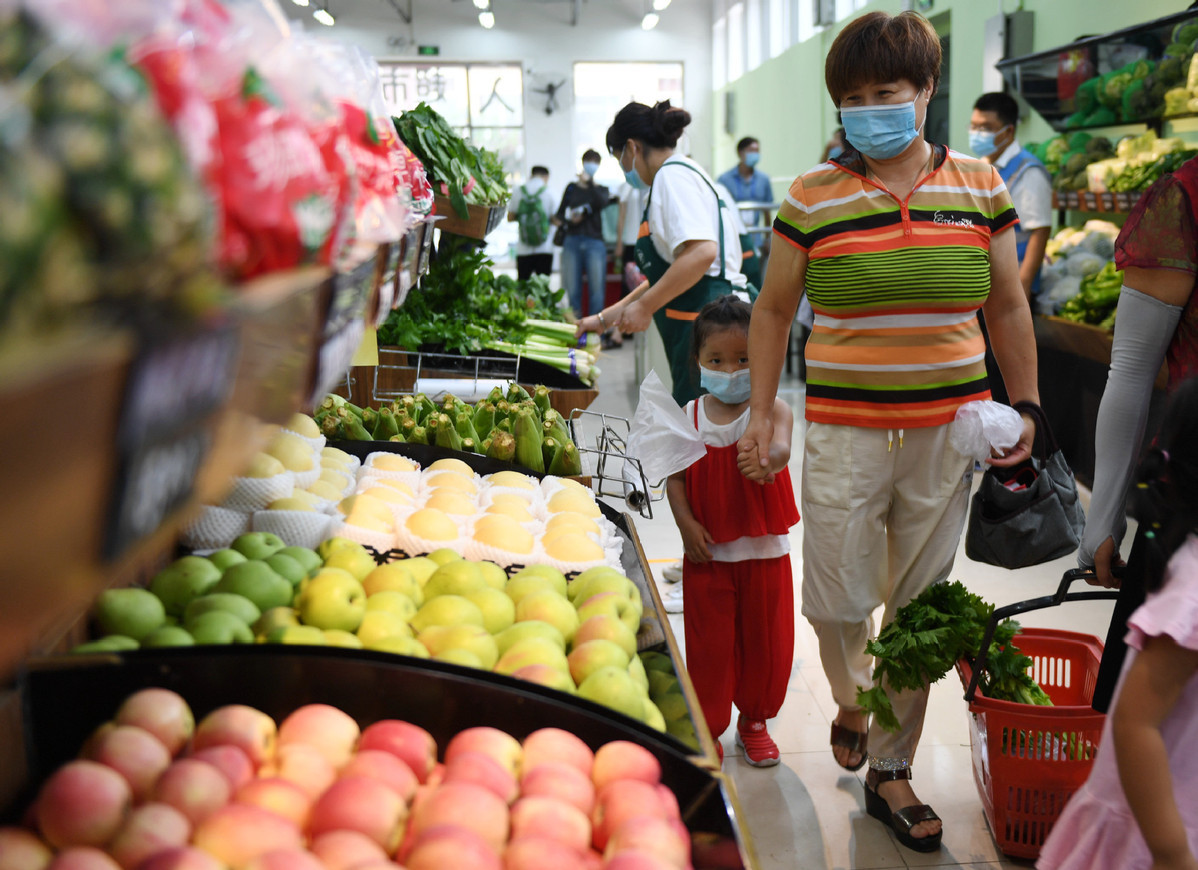 Residents buy vegetables at a newly opened supermarket near the Xinfadi market in Beijing on Aug 15, 2020. (Photo: Xinhua)

China's consumer inflation will further ease in the rest of the year, providing policy opportunities for Beijing to cement the country's nascent recovery in market demand, experts said on Wednesday.

Their comments came after growth in the consumer price index, a main gauge of inflation, slid to a four-month low of 2.4 percent year-on-year in August, down from 2.7 percent in July, the National Bureau of Statistics reported on Wednesday.

"CPI growth is expected to further decline in the coming months as food prices stabilize, with a narrower rise in pork prices," said Liu Xuezhi, a senior researcher at the Bank of Communications' Financial Research Center.

Softening food prices have started to taper consumer inflation, Liu said, as the growth in pork prices weakened to 52.6 percent year-on-year in August, versus 85.7 percent a month earlier, thanks to increased pork supply and a high base last year.

The rebound of the world's second-largest economy gained fresh momentum in August after improved nonfood price and factory-gate price levels pointed to a recovery in market demand from the COVID-19 pandemic, experts said.

The month-on-month growth in nonfood prices stood at 0.1 percent last month, the first time for the reading to turn positive after the COVID-19 outbreak, as the summer vacation boosted travel demand, the bureau reported.

The drop in the producer price index, which gauges factory-gate prices, narrowed for the third consecutive month in a row to 2 percent year-on-year in August, versus a 2.4 percent decline a month earlier, amid rising industrial production and higher international commodity prices, the bureau said.

But experts noted that the recovery in demand has only been marginal and could remain vulnerable due to lingering uncertainties, making more supportive macro policies needed to ensure the recovery is sustained.

"A weak core CPI, which excludes food and energy prices, indicates that the recovery in domestic demand remains sluggish," said Zhang Bin, a senior researcher at the Chinese Academy of Social Sciences' Institute of World Economics and Politics.

Core CPI, seen as the key indicator of aggregate demand, rose 0.5 percent year-on-year last month, the same as July and the lowest level since the bureau started releasing the figure in 2013.

Monetary policy should stay accommodative to maintain the recovery in demand and it is necessary in order to further lower interest rates, Zhang said.