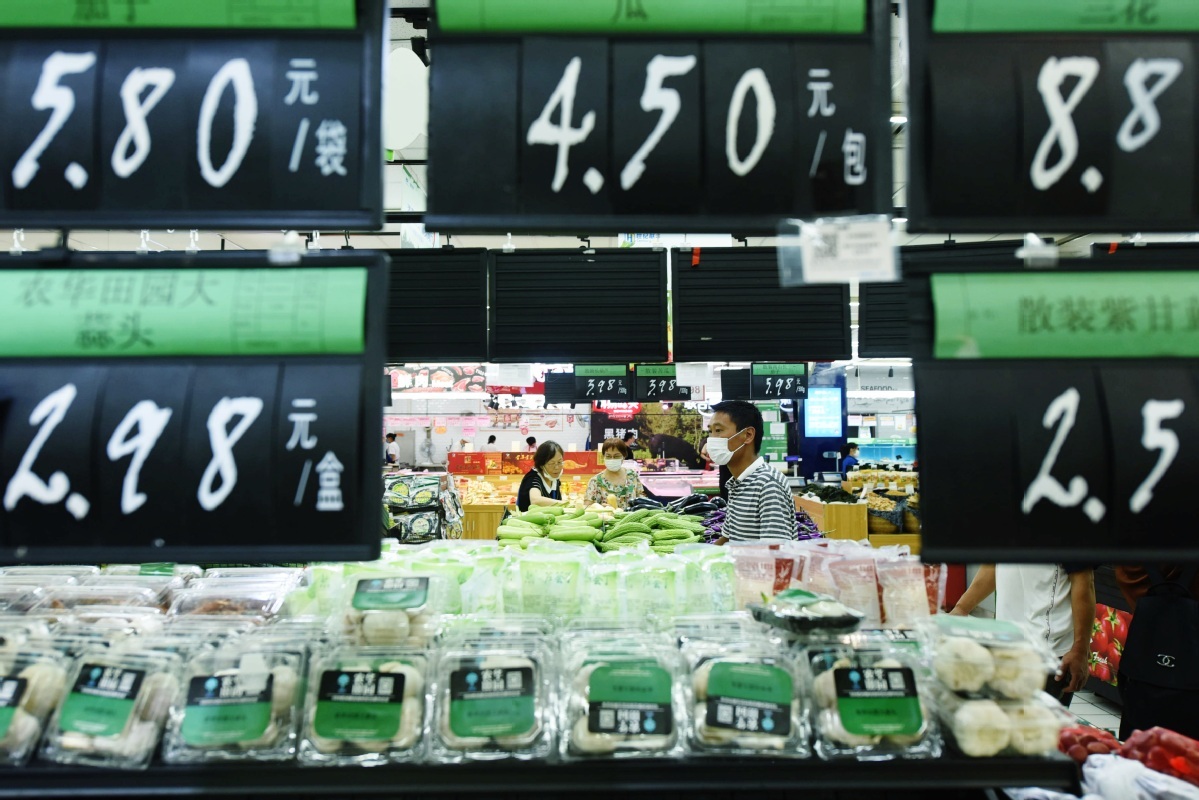 China's drop in nonfood inflation indicates a slow recovery in demand from the COVID-19 pandemic, underscoring the need for Beijing to ramp up efforts to bolster domestic demand, analysts said on Monday.

Their words came amid the latest report calling for deepening and refining policies to boost domestic demand and consumption, delivered by He Lifeng, minister of the National Development and Reform Commission, China's top economic regulator.

More policies will be released to unleash consumption potential in the rural areas, boost new business models to spur household spending and accelerate the construction of new types of infrastructure, He said in the report submitted to the Standing Committee of the National People's Congress, the country's top legislature, on Saturday.

The measures will be critical for China to sustain its economic recovery, given that weak demand has become a major drag on growth momentum, as shown by weakening nonfood prices, analysts said.

The year-on-year growth in nonfood prices dropped for the second straight month in July to zero, versus 0.3 percent in June, the National Bureau of Statistics said on Monday.

"The rise in nonfood prices has narrowed to the lowest level since 2010, signaling a sluggish recovery in consumption amid the fallout of the COVID-19 outbreak," said Tang Jianwei, chief researcher at the Financial Research Center of Bank of Communications.

In July, prices in the tourism sector contracted by 4.3 percent from a year earlier, while prices in transportation and communication dropped by 4.4 percent, according to the NBS.

The slow recovery in consumer demand came as people remained cautious about going out due to the lingering risk of contagion, while worsened prospects for income growth also dampened spending capacity, analysts said.

According to Tang, to facilitate the recovery in demand, China's macro policy will focus on providing stronger and more accurate support to companies and households in need for the rest of the year.

He of the NDRC said that the country's fiscal policy will be more effective with a bigger round of tax and fee cuts for companies, while monetary policy will be more flexible and prudent to ensure reasonable liquidity and to further lower corporate financing costs.

Despite weakness in nonfood prices, the consumer price index, a main gauge of inflation, grew 2.7 percent year-on-year in July, up from 2.5 percent the previous month, the NBS said.

The acceleration in consumer inflation was mainly driven by higher food prices, the bureau said, as floods in some provinces temporarily affected the supply of pork and vegetables.

Analysts said the uptick in CPI growth will not constrain the nation's commitment to expanding domestic demand, as the figure should soon decrease with the abatement of flood impacts and a high base last year.

Wu Chaoming, deputy dean of the Chasing Institute, sponsored by Chasing Securities, said he expected the year-on-year CPI growth to moderate in coming months and land at about 2.8 percent for the whole year, well below the control target of 3.5 percent.