BUSINESS CPI to pick up as work resumption continues

CPI to pick up as work resumption continues 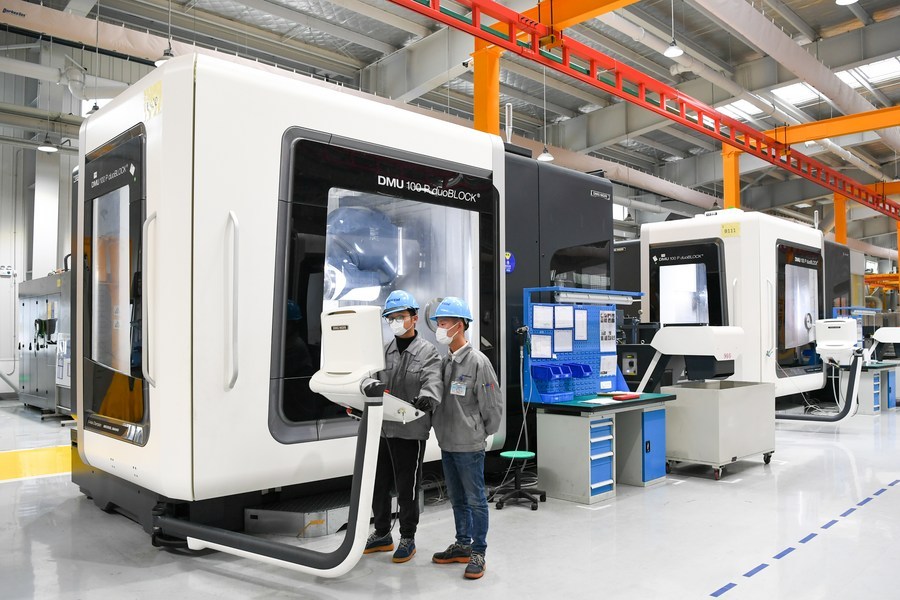 People work at the workshop of an aircraft components manufacturer in the high-tech zone of Wuxi, Jiangsu province, on Feb 26, 2020. (Photo: Xinhua)

The growth of China's CPI will pause downside trending in June, as the major inflation indicator saw its year-on-year increase slow for the fourth consecutive month at 5.2 percent in February, 4.3 percent in March, 3.3 percent in April and 2.4 percent in May, after reaching a peak of 5.4 percent in January, the Securities Daily reported on Monday.

The prices of pork and vegetables rose in June without seasonal factors, which reflects an improvement on catering consumption to drive up the demand on food; moreover, the recent cluster outbreak of COVID-19 in Beijing has affected the demand of imported and frozen meat while the demand of fresh pork is increasing, further pushing up the pork price. As a result, the growth of CPI in June is expected to grow 0.1 percentage point to 2.5 percent from a month earlier, said Securities Daily, citing Lu Zhengwei, chief economist at the Industrial Bank.

The pork price presented a V-shaped rebound in the first half of this year. According to commodities website sci99.com, the price was 34.71 yuan per kilogram ($4.91) by June 23 and increased 20.4 yuan per kilogram from the same period last year, with growth hitting 142.59 percent year-on-year.

Consumer price is expected to be flat this June compared to last June, while the figure will drop slightly month-on-month, since the wholesale price of pork returned to over 45 yuan per kilogram at the end of June, but the fresh fruit price dropped 30 percent year-on-year and the fresh vegetable price picked up slightly. In addition, the price of non-food commodities also has no upward momentum, said Li Chao, chief economist with Zheshang Securities.

The country's PPI is expected to decline 2.9 percent year-on-year in June, narrowing from May's 3.1 percent drop, Li said. The prices of crude oil, ferrous metals, nonferrous metals and coal increased in June due to China taking the lead in work resumption and production, and industrial manufacturing is in full swing. In early June, power generation capacity was up 9.1 percent year-on-year. Infrastructure construction is rapidly driving sales of excavators and heavy trucks, which have increased more than 60 percent for two consecutive months, also giving strong support to demand for ferrous and nonferrous metals. In addition, the demand increase will be conductive to PPI restoration as developed countries restart their economies.

Lu said June's PPI is expected to rise to around -3.2 percent year-on-year, up 0.5 percentage points from the previous month. The accelerating investment in infrastructure construction boosting a month-on-month steel price increase in June, as well as the rebounding of international crude oil prices, will bring a positive impact to PPI.