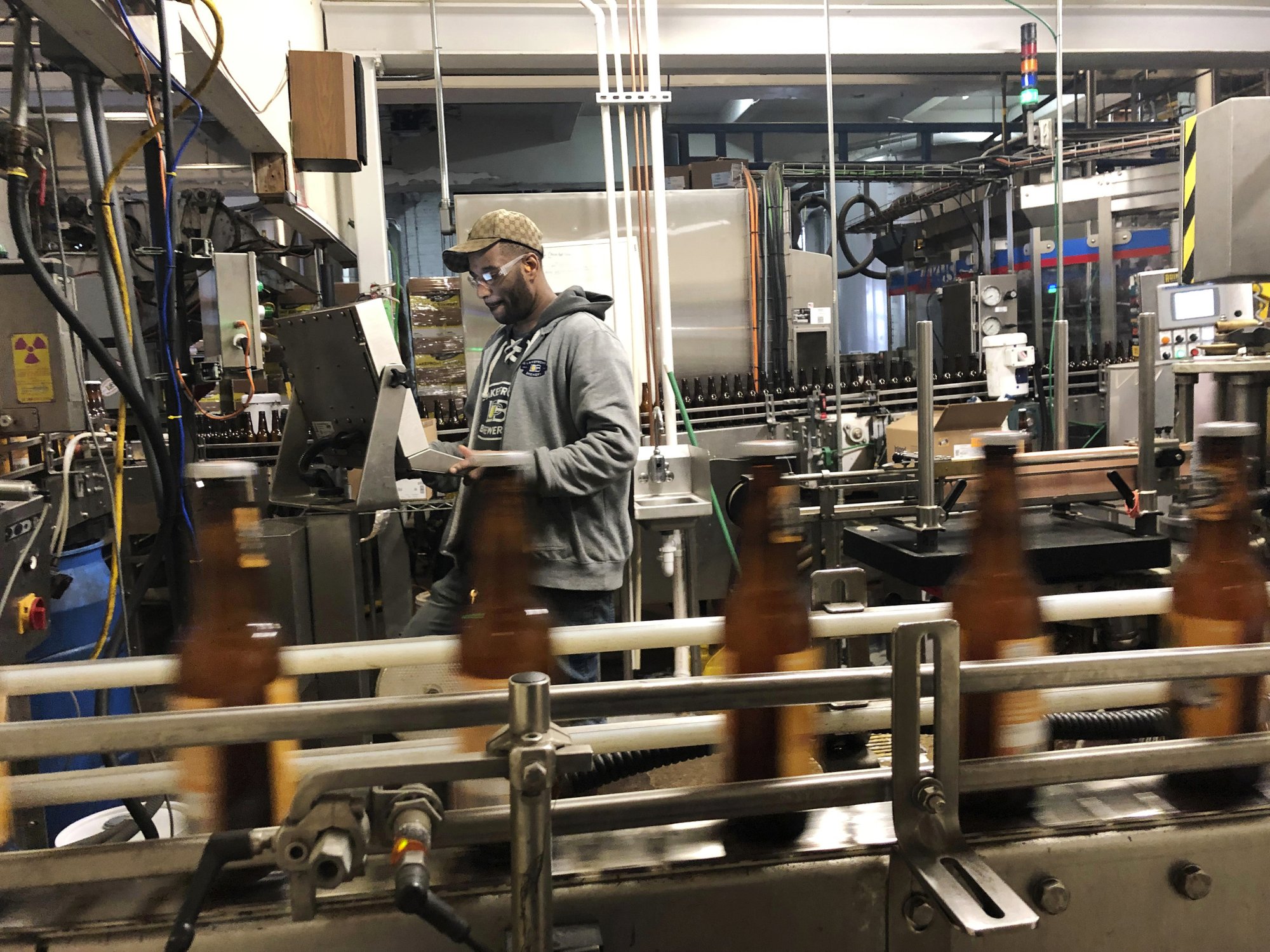 In this Jan. 14, 2019, photo, Trevor Stevens works in the bottling room at Lakefront Brewery in Milwaukee. (Photo: AP)

The nation’s craft beer taps are being squeezed by the government shutdown, which has put new releases on hold, prevented new breweries from opening and stopped shipments of some suds across state lines.

The partial shutdown halted operations at the federal agency that regulates alcohol production and distribution. That means government employees can’t issue the permits needed for the beer to flow.

“I’ve been joking with people that if you’re going to want a new beer coming out pretty soon, you’re going to have to drink your brother-in-law’s home brew,” said Russ Klisch, founder and president of Lakefront Brewery in Milwaukee.

Brewers are increasingly nervous that they will lose money if brewery openings and seasonal beers are delayed much longer in the dispute over President Donald Trump’s demand for taxpayer funding of a wall along the border with Mexico.

At Lakefront, the release of a new beer has been postponed because the Alcohol and Tobacco Tax and Trade Bureau isn’t open to approve labels for the bottles and cans. The brewery can sell beer in Wisconsin, but sales in other states require federally approved labels.

The shutdown that began Dec. 22 pinches primarily craft brewers, which offer wider varieties of beer and selections that change constantly. The biggest brewers are largely unaffected because they already have government approval for their top national brands.

Lakefront offers about 30 styles of beer throughout the year, including 20 that are sold out of state. In a typical year, about six of those need label approval because they are new.

Out-of-state sales account for about 10 percent of the brewery’s annual profits, Klisch said.

The end of the shutdown won’t bring an immediate end to the delays. The longer the shutdown continues, the bigger the backlog the bureau will have to sort through when work resumes. That means it could still be months before labels and permits are approved.

“A big part of it will be all the plans that brewers have for 2019 will get thrown out the window,” said Paul Gatza, director of the Brewers Association in Boulder, Colorado.

David Rowland’s plan to expand his brewery with a new location is also on hold.

“We really did expect to have our license by now or to be darned close,” said Rowland, co-owner of SoMe Brewing Co. in York, Maine.

The new brewery in York Beach is ready to open, he said. But first they need a federal permit. In the meantime, they still have to pay for rent, utilities and loans for the new location.

“We’re paying for a second brewery that is not open,” Rowland said.

Back in Wisconsin, Mosinee Brewing Co. finds itself in a similar position. The brewery expected to be making its own beer by now, but without a permit, it is limited to selling brews from other Wisconsin companies.

It’s too early to quantify the overall economic effect on breweries, said Mark GarthWaite, executive director of the Wisconsin Brewers Guild. But he said smaller brewers who are always introducing new beers — especially those that rely on sales to other states — are likely to suffer most.

Klisch said a beer or two might help the negotiations between Democratic lawmakers and Trump.

“I think if they all got a beer together and they drank one in a room, they would figure it out,” he said. Then, after a pause: “A few beers. I think they need a few beers, and they’ll figure out this shutdown.”