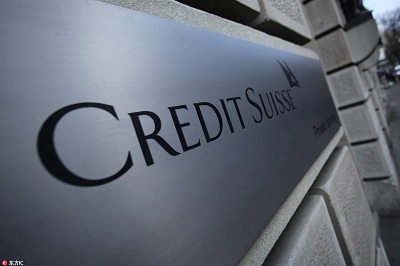 Credit Suisse has reported a nearly six-fold jump in third-quarter net profit behind a "very strong" performance by its wealth management business amid continued cost savings and a restructuring plan at the Swiss bank.

The Zurich-based bank predicted strong global economic growth in the fourth quarter that could underpin its results despite political uncertainty.

Credit Suisse said Thursday its deal pipeline has a "substantial backlog," and expects its wealth management business to remain strong.

The bank is over halfway through a three-year restructuring plan under CEO Tidjane Thiam, and reaped about 400 million francs in cost savings in the quarter.