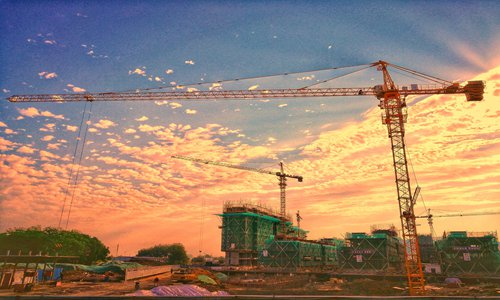 East China's Anhui Province has rolled out a fresh "red list and black list" mechanism for property developers to regulate the sector's behavior.

The Department of Housing and Urban-Rural Development of Anhui Province has recently published a guideline on implementing the new measures for developers, the Xinhua News Agency reported.

Developers with bad credit or that have had a bad influence will be put on the blacklist. Penalties include restrictions on bids for projects or government procurement, according to the guideline.

Being on the red list requires having no negative credit issues during the previous three years. Such companies will be encouraged by measures such as favorable policies.

"Related data on credit can be collected to offer a reference for future evaluation in terms of a housing project, which will help reduce cases of poor-quality projects and nonperformance by developers," Yan said.

"The measures rolled out by Anhui indicate a new direction under the mechanism of pursuing long-term development in the domestic real estate sector. Putting such constraints on developers will support the sector's development in a sustainable way," Yan noted.

As of August 31, various ministries had signed 51 memoranda on joint rewards and punishments, taking joint disciplinary actions against discredited individuals or companies based on relevant rules.