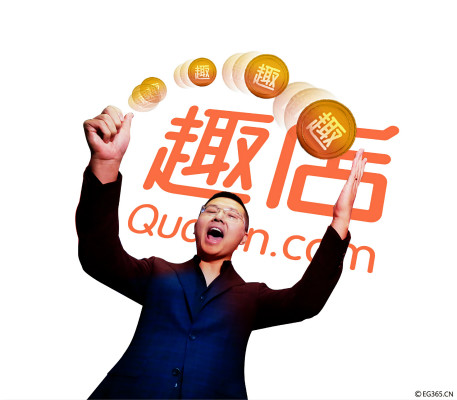 Chinese online lender Qudian Inc is under fire in China after what observers said was a less-than-impressive interview by its CEO Luo Min Sunday that was aimed fending off criticism of the company's business practices. The critics said it could instead exacerbate the company's domestic image and hurt its share price.

Qudian had a great week on Wall Street after its debut on the New York Stock Exchange raised $900 million on Wednesday, but Chinese experts on Monday painted a dim picture for the company's shares, citing domestic challenges such as criticism and expectations of tight regulations for the online lending sector.

Following its splashy debut in the US, Qudian was the subject of many negative news reports, mostly from popular social media accounts, about its business model, with some questioning its practice of targeting students for loans and others even describing the company as a "loan shark" - lending money at usurious rates.

In an apparent bid to respond to these criticisms, Qudian CEO Luo Min participated in an interview with online technology reporter Lu Hongyan, addressing what Lu described as two types of criticisms: "[the company's] business insecurity and moral disgrace."

In the interview, which Lu published on his WeChat account in question-and-answer form, Luo acknowledged that the company had targeted students for its loans prior to 2015 but stopped the practice after the government intervened. He added that, though there were other legal ways to lend to students, the company "was afraid of doing it" because "we are afraid of public pressure."

Luo also touted his company's robust consumer data system and risk control mechanisms, which he said had helped the company to weed out risky borrowers and keep the company's bad debt ratio and losses low.

"Our bad loan ratio is below 0.5 percent, that's very low. So we can afford it when those people don't pay up… Losses have been contained at a low level," Luo said.

But part of the interview drew much attention and even mockery. Luo said, "Loans that weren't paid on time were considered dead accounts. We never pushed people to pay back. We don't even call. If you don't pay back, then never mind, we'll just give it to you as a gift." 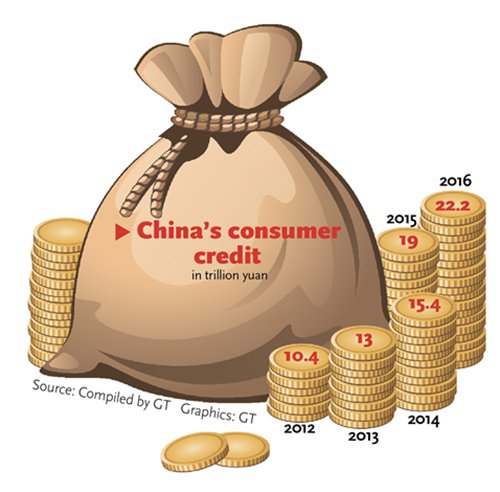 Luo's claims of not following up on overdue loans and reclassifying them as gifts were mocked on social media as unprofessional and hypocritical.

"Please forgive me, I laughed reading this … I think this interview is a serious failure [of public relations], fully exposing the founder's lack of professionalism," Chu Zihang, director of investment at Shanghai-based Woofoo Capital, wrote on Monday on zhihu.com, a popular online commentary site.

"It is the first time that I heard a founder of a lending institution say that delinquencies are dead accounts… and about risk control; In Luo's logic, if the company won't collect overdue loans, that means it has abandoned post-lending risk control," Chu told the Global Times on Monday.

"In such a climate where top leaders in the country have been repeatedly calling for efforts to fight systemic financial risks and there have been a lot of risks and problems exposed in the consumer lending sector… the CEO should keep a low profile, but he went on to say it so publicly… that's very inappropriate," Liu told the Global Times.

He said such high-profile acts from Luo and other investors such as Zhou Yahui, an early investor of Qudian, would draw a lot of heat from regulators at a hyper-sensitive time and exacerbate the company's situation.

Liu added that foreign investors were enthusiastic about Qudian's IPO because they knew they could make short-term gains by flipping the shares, but given the company's domestic challenges, the stock price will drop soon.

"I think we don't have to wait long, the company's share price will almost certainly fall sharply in the coming days," Liu said.