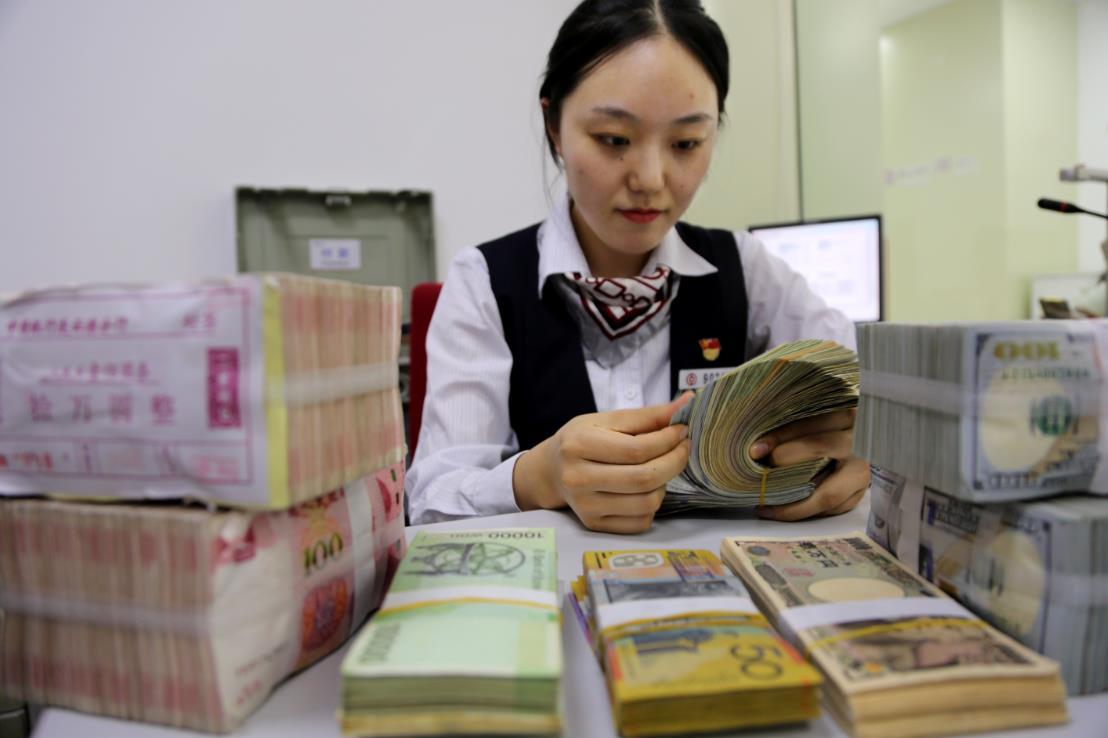 A cashier counts currency notes at a branch of Bank of China in Lianyungang, Jiangsu province. (Photo provided to China Daily)

China maintained a general equilibrium of the international balance of payments by the third quarter, and the surplus of cross-border trade of goods and services accounted for 1.7 percent of the total GDP, the nation's foreign exchange regulator disclosed in data on Friday.

In the third quarter, the current account surplus recorded $94.2 billion, down from $110.2 billion in the second quarter, with the surplus of trade of goods increasing by 27 percent from a year earlier, according to statistics from the State Administration of Foreign Exchange.

With the sustained and stable recovery of domestic economy and the further opening-up of financial market, cross-border capital inflows and outflows are more active, said Wang Chunying, deputy director and spokeswoman of SAFE.

Meanwhile, direct investment recorded a net inflow of $23.9 billion into China in the July-to-September period, and investors from overseas injected more than $70 billion into China's equity market, the spokeswomen said.

Wang expected the international balance of payments will continually maintain an equilibrium and keep stable in the future, supported by resilient economic growth momentum, and the new development model of "dual circulation".