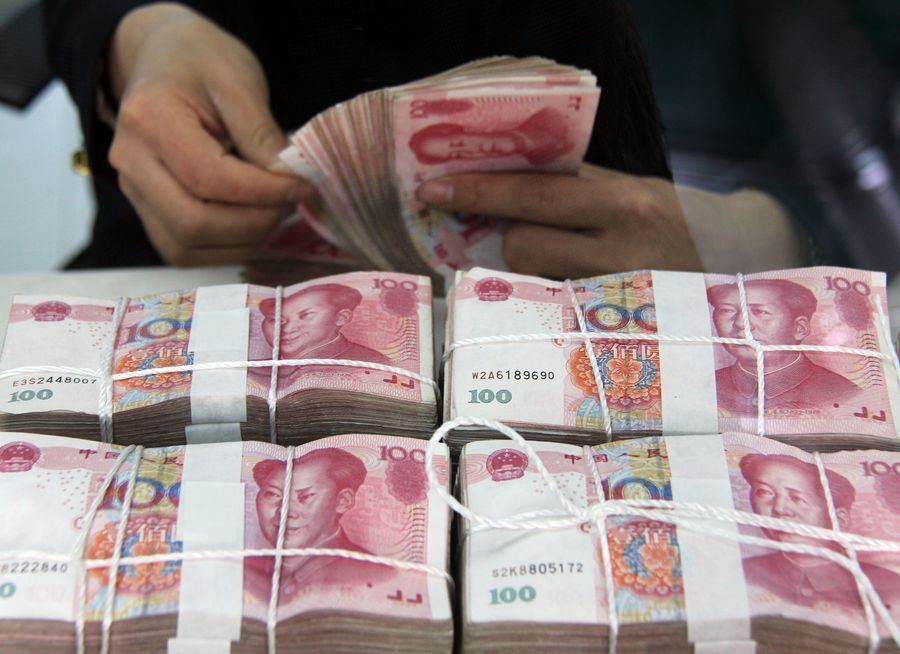 The share of China's renminbi in cross-border payments hit a record high last year — especially in equity investment settlements — according to a report issued by China Banking Association.

Cross-border payments in RMB reached 28.38 trillion yuan ($4.36 trillion) in 2020, which accounted for 47.4 percent of total payments using both domestic and foreign currencies. It marks the highest level in history, as renminbi is becoming one of the global "safe havens" for investors, according to a report published on the association's website on Thursday.

Shanghai, Beijing and Shenzhen in Guangdong province were the top three in terms of using RMB in cross-border payments, and RMB-denominated deposits in offshore markets have increased steadily.

The report noted the gradual opening of the onshore bond market and stock market has also significantly increased inflows of overseas investment, reduced financing costs for Chinese enterprises and facilitated the diversity of financing.

International investors in China's bond market, for instance, are shifting their attitude from a "wait-and-see" stage to making systemic and long-term investment plans, along with further opening up China's financial service sector, the report concluded.

"Thanks to overseas entities' growing demand for RMB for cross-border investment and asset allocation, the process of RMB internationalization has been further accelerated. The proportion of foreign trade and investment business of multinational enterprises in RMB continued to rise, along with a larger proportion of RMB foreign debt."