A staff member of CRRC Dalian said on Thursday that the Dalian-based company will continue to negotiate with the Philippine side after the company recently issued a statement denying all accusations made by the Philippines over the quality of its 48 LRT trains and declining any of their requests for a refund. 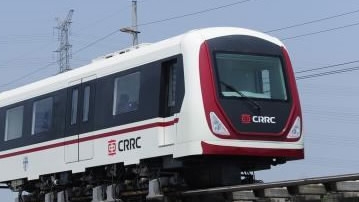 The Philippine government has demanded that CRRC Dalian Co, a subsidiary of China's State-owned rolling stock manufacturer CRRC Corp, refund the $73.7 million payment for 48 light rail transit (LRT) trains that it ordered for line 3 of Manila's subway system, according to a statement the country's senate made in February.

The Philippine senate also required the Chinese company to take all trains delivered to the Philippines back to China, noting that it will include CRRC Dalian on the government procurement blacklist, according to media reports from February.

Stressing that the company's LRT trains are problem-free, the CRRC Dalian staff member reached by the Global Times said they will ensure the trains are put back into operation as early as possible via negotiations with their Philippine clients.

In the company's statement, CRRC Dalian also said that the two accusations made by the Philippine side regarding the train's so-called overweight issue and compatibility issue "do not hold water."