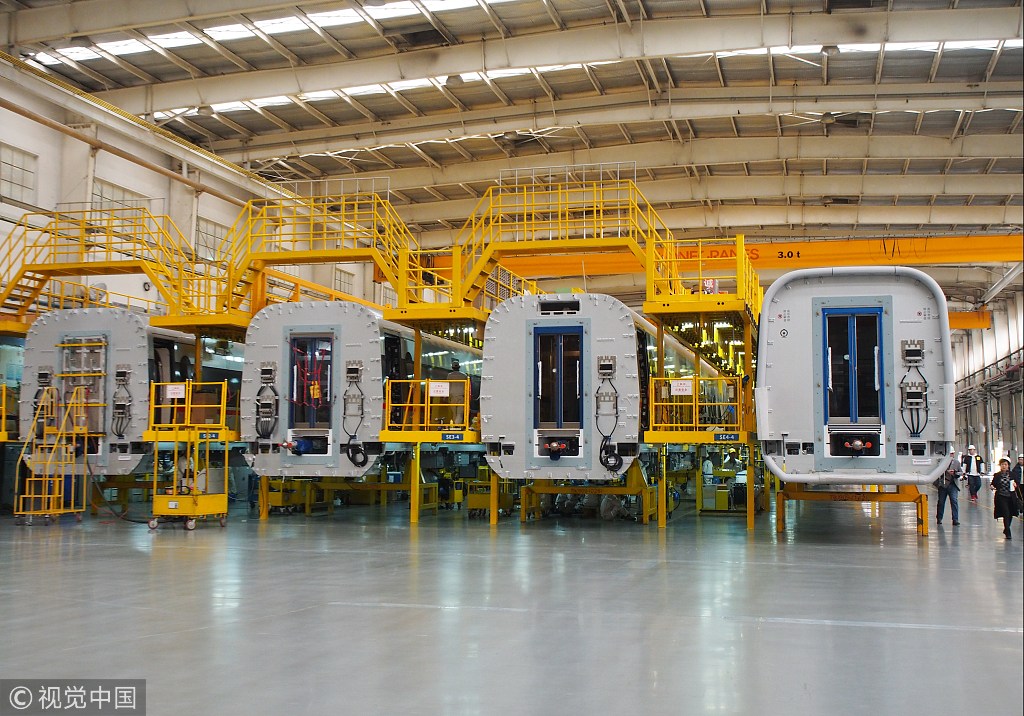 CRRC Zhuzhou Locomotive Co, a key high-speed train-maker under the umbrella of State-owned train firm CRRC, said in a statement sent to the Global Times that the new maglev train is a significant upgrade of an earlier type known as the commercial maglev 1.0.

The company also noted in the statement that it had obtained proprietary system integration technology and core technologies to manufacture the train.

The new train, known as the commercial maglev 2.0, has three carriages and its traction efficiency has been improved by 30 percent, allowing it to boost its passenger load to 500 people.

The company has been running the commercial maglev 1.0 train with a top speed of 100 kilometers per hour in provincial capital Changsha since May 2016.

The train has had a safe operational record and has transported around 6 million passengers in total.

The commercial maglev 2.0 follows the same technological route as the maglev 1.0, using the same track but making improvements in systems and using a lightweight body made of aluminum and composite materials.

The company also announced the commercial maglev 3.0, which will boast a higher speed of 200 kilometers per hour and is expected to be finished in 2019.

The development of the maglev trains has attracted potential buyers from 35 countries and regions around the world, the company said.