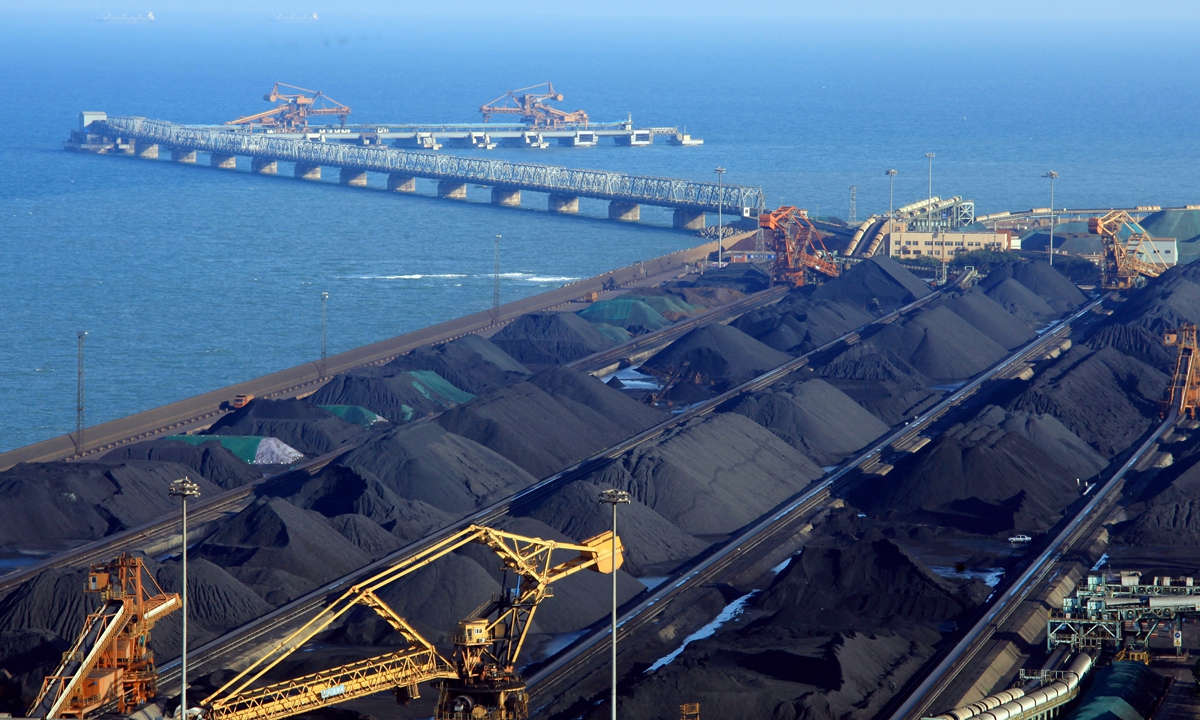 View of piles of coal on a quay in Rizhao, East China's Shandong Province (Photo: cnsphoto)

A spokesperson for the China Securities Regulatory Commission (CSRC) said on Wednesday that it will resolutely curb excessive speculation, and put an end to malicious capital speculation, a response to the rise of prices of thermal coal.

The CSRC said that since the beginning of this year, due to the effects of tight supply and strong demand, the future prices of major commodities such as thermal coal have risen simultaneously.

To further ensure the supply and price stability of bulk commodities and strengthen the supervision of the futures market, we will take measures such as raising the fee standard and tightening the trading limit. Additionally, we will study and implement various measures, such as expanding the scope of delivery products, to resolutely curb excessive speculation, the CSRC said.

The CSRC also mentioned it will maintain "zero tolerance" for violations of laws and regulations in the futures market and increase crackdowns on violations, like price manipulation, in a bid to maintain a good market order.

The Zhengzhou Commodity Exchange said on Wednesday that it will increase the transaction fee standard for some thermal coal futures contracts.

In a bid to curb soaring prices, starting from Wednesday the price limit fluctuation of the most-active thermal coal contracts during the night trading will be curbed at 10 percent, the Zhengzhou Commodity Exchange said..

The National Development and Reform Commission (NDRC), China's top economic planner, said on Wednesday that it will strengthen the management of the coal spot market, severely crack down on practices that drive up prices and disrupt the order of the market economy.

The NDRC vowed on Tuesday to resort to all necessary means based on the country's price law, mulling concrete measures to intervene in coal prices, as the official stance grows harsher on runaway coal prices that have put energy supplies at stake.

The coal futures in China notched up high earlier, as the thermal coal contract on the Zhengzhou Commodity Exchange plunged 5.5 percent in the final 10 minutes of trading on Tuesday, closing up 0.4 percent at 1,835.6 yuan ($287) a ton, according to Bloomberg. Prices had earlier risen as high as 1,982 yuan ($310) a ton, extending a surge that has seen the price more than double since the beginning of September.