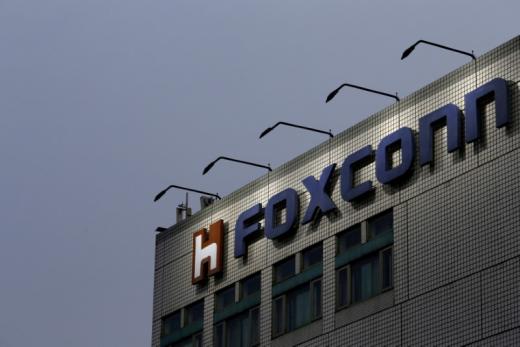 The China Securities Regulatory Commission (CSRC) has raised questions as to the business validity of Shenzhen-based Foxconn Industrial Internet Co, following the firm's recent application to get listed on the Shanghai Stock Exchange.
Concerning Foxconn's prospectus, the CSRC on February 9 raised an array of questions, focusing on whether Foxconn's business is operated legally in the Chinese mainland. The questions included whether the company had properly observed China's Labor Law and whether it had encountered any group or individual labor disputes.
Previously there have been cases of Foxconn employees complaining about working conditions at the company's manufacturing plants, with 14 Foxconn workers reportedly to have committed suicide in 2010.
Other questions raised by the CSRC concerned Foxconn's rented property, the penalties it received from the customs, and the legality of its shareholders.
The CSRC also demanded that Foxconn reply to the questions within one month, according to another statement the CSRC posted on its official website.
Wu Chenhui, an independent industrial analyst, said that there have been various controversies involving the company's business in the mainland, such as the company's moves in recent years to relocate its plants to other countries, including its efforts to set up plants in the US.
"I think it's hard to take that they want to raise money from mainland investors when they have enough money to move mainland manufacturing plants to other locations," Wu told the Global Times on Sunday.
Foxconn refused to comment when contacted by the Global Times on Sunday.
According to Foxconn's IPO prospectus posted on the official website of the CSRC on February 9, the company hopes to raise money in order to expand eight of its business sectors including constructing an industrial internet platform, building a data facility and researching intelligent manufacturing technologies.
Wu said that updating its manufacturing process is a necessary step for Foxconn, which has specialized in low-cost, labor-intensive manufacturing for many years. "This [low-cost] model is unsustainable, so updating its manufacturing is something Foxconn must do sooner or later," Wu said.
Foxconn didn't reveal exactly how many shares they were planning to issue or the price of each share, but it disclosed that that the shares it would issue after the listing would account for at least 10 percent of its overall 17.7 billion shares currently.
Best Behaviour Holdings Ltd, a subsidiary of the Taiwan-based Hon Hai Precision Industry Company, directly holds 41.14 percent of Foxconn Industrial Internet Co's shares and indirectly holds 27.99 percent of Foxconn's shares via two of its subsidiaries.
Foxconn's net profit reached 16.22 billion yuan ($2.58 billion) in 2017, compared with 14.39 billion yuan in 2016, according to the IPO prospectus.