China's current-account surplus remained in "reasonable" range in the first quarter of the year, despite concerns stemming from a slowing economy and escalating trade tensions with the US, according to official data released on Thursday. 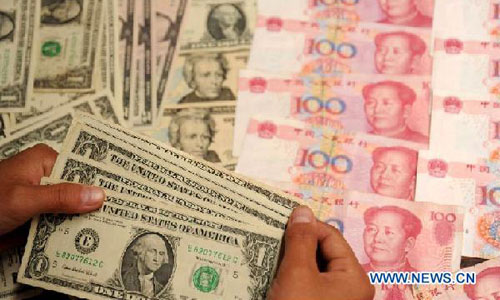 The surplus was $49 billion, down from $54.6 billion in the fourth quarter of 2018, according to data from the State Administration of Foreign Exchange (SAFE).

Wang Chunying, chief economist at the SAFE, said that China's current-account "remained in a reasonable surplus range, with increases in the trade surplus in goods and a decline in the trade deficit in services."

In the quarter, China's merchandise trade surplus reached $94.7 billion, up 83 percent year-on-year, while the services deficit narrowed 14 percent to $63.4 billion, according to the SAFE.

The IMF said that China's current account would show a deficit in 2022.

"In 2019, as China continues to push for high-quality growth and all-round opening-up, it will help further solidify the foundation for a stable international balance of payments," Wang said in a statement posted on the SAFE's website on Thursday.