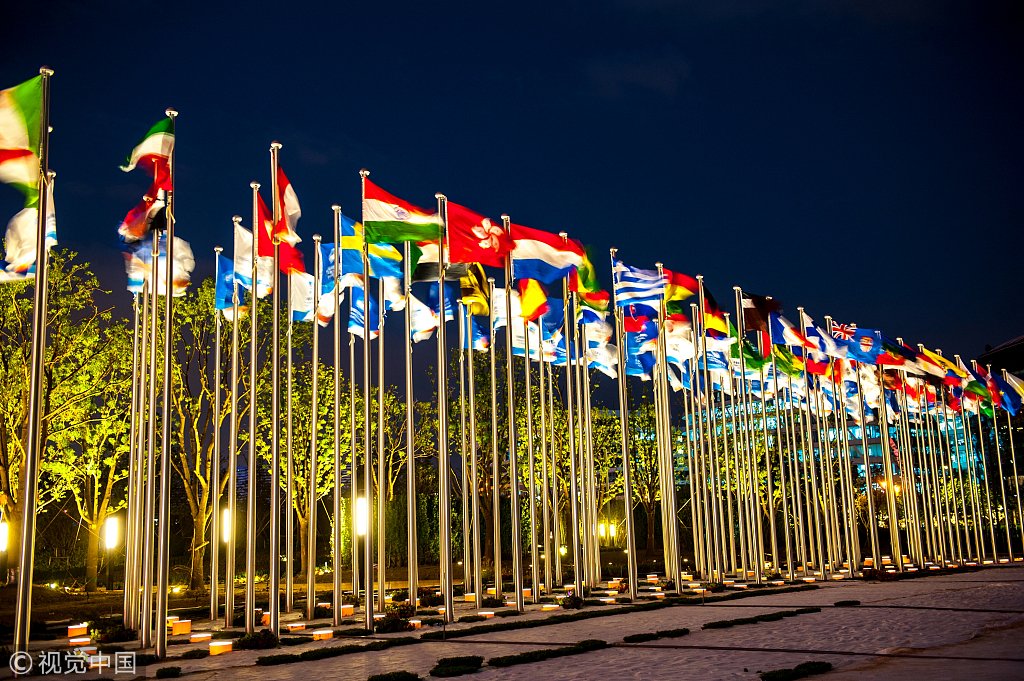 A series of cutting-edge technological products have been implemented to guarantee the smooth operation of the first China International Import Expo (CIIE).

The Shanghai Hongqiao Central Business District (SHCBD), where the venue of the CIIE, the National Exhibition and Convention Center (NECC) is located, has established a metropolitan smart information platform to ensure visitors enjoy their time at the CIIE.

The platform, applying the latest technologies such as wireless communication, IoT, artificial intelligence and big data, offers data support to the improvement of city image.

By the end of October, more than 10,000 IoT sensors were installed in the SHCBD, covering an area of 2.4 square kilometers. These sensors are placed to allow comprehensive monitoring of the area’s environment, fire control safety, public facility management and services.

The Shanghai branch of China Mobile, one of China’s largest telecommunication carriers, has also expanded the capacity of wireless communication in the exhibition hall to make communication easier for attendees.

At present, the company's free wifi service covers the whole convention center and can be used by as many as 500,000 mobile phones at once. Under a stress test, the speed of the service reached 60 Mb/s.

The network can also be automatically adjusted according to real-time traffic and actual use, which fits the expo’s expected visitor traffic.

Additionally, a command vehicle of the China Mobile Shanghai branch has been deployed to the northern square of the NECC. The vehicle has a mega-capacity Luneburg-lens antenna independently developed in China. The antenna is said to be the most powerful antenna produced in China, which can triple the speed of wireless communication.

Furthermore, 30 information stations have been tailored for the CIIE, offering content, smart charging, and automatic translation services. So far, the CIIE has opened a service counter that offers English services, and five more languages including Japanese, Korean, German, French and Spanish will soon become available.

With over 20 5G bases installed at the convention center, the NECC is now broadly covered by 5G. The world’s first integrated small-sized 5G base has been introduced to the main exhibition hall, to showcase China’s application of 5G technology in different fields.

The S26 Expressway is an important path that links the NECC with downtown Shanghai and Jiangsu province. Multiple advanced technologies are available to make this journey quick and easy.

For instance, the cast-in-situ box girder of the main span that weighs as much as 3,050 tonnes was removed from its original piers, which ranks as the heaviest in the history of a single-body bridge removal, to make way for an expressway which opened to traffic 100 days ahead of schedule.

Additionally, noise barriers have been set in some sections of the road, effectively shielding passengers from the noise made by passing vehicles.