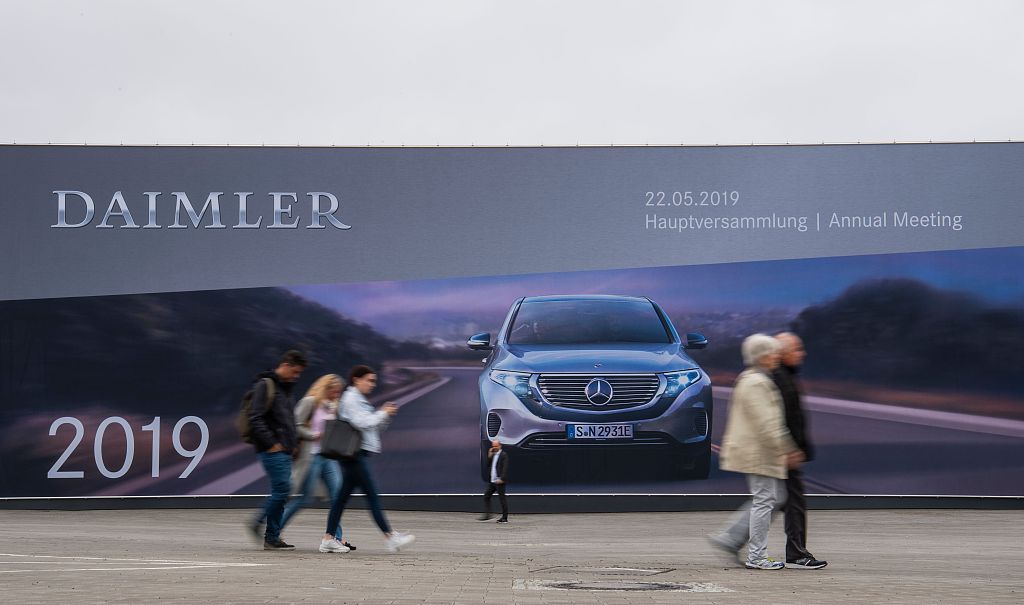 Daimler said Thursday it planned to cut jobs to save more than 1.0 billion euros ($1.1 billion) by the end of 2022, as the German luxury carmaker grapples with an expensive switch to greener vehicles.

The Mercedes-Benz maker has also been hit by expensive recalls, a slowing global market and a 870-million-euro fine for having sold vehicles that did not conform with legal emissions limits.

"By the end of 2022, Mercedes-Benz Cars plans to save more than 1 billion euros in personnel costs. To this end, jobs are to be reduced," the company said in a statement.

Daimler, which employs around 304,000 people worldwide, did not specify how many jobs would be slashed overall but said 10 percent of management positions would be affected.

The Sueddeutsche Zeitung last week reported, citing an email sent to staff by the group's works council, that Daimler was to cut 1,100 management jobs.

Daimler said it was being forced to reduce costs because "the expanded range of plug-in hybrids and all-electric vehicles is leading to cost increases that will have a negative impact on Mercedes-Benz Cars' return on sales".

The company said it was faced with "ongoing high investment" to conform to global emissions regulation.

Like its rivals, the Stuttgart-based firm is spending billions in the shift towards the electric, autonomous vehicles of the future.

The German car industry as a whole is also confronting weaker-than-expected growth, weighed down by US-China trade conflicts and Brexit uncertainty.

The setbacks pushed Daimler into a net loss of 1.2 billion euros in the second quarter, its first three-month loss in 10 years.

It returned to quarterly profits in July-September and said it was expecting 2019 revenues to be "slightly above" last year's, while operating profit would be "significantly below" the 11.1 billion euros in 2018.

In its statement on Thursday, the company said it was capping its investment in research and development and in property, plant and equipment at the 2019 level and this would be reduced "in the medium term".

The company said it would also reduce variable costs by 250 million euros and personnel costs by 300 million euros by the end of 2022 at Mercedes-Benz Trucks Europe, another division.