Data scientists and industry players attending an international data conference hosted by analytics firm SAS in Denver, Colorado said that China's data analytics industry needs further improvement. But as the country speeds up to become the next superpower in the data industry, those attendees also said that China is enjoying unique strengths.

Wang Xuan, a 20-something Chinese PhD candidate at Louisiana State University, traveled all the way to Denver, Colorado to attend the SAS Global Forum 2018 to learn what experts in the field had to say about China's data industry.

"There is so much data generated in China that people are at a loss on what they can gain from the data they collected," Wang told the Global Times on Monday (US time) on the sidelines of the forum.

Her feelings on data in China were echoed by a number of Chinese attendees of the event, which was hosted by world-leading business analytics software and services firm SAS from Sunday to Wednesday.

Some attendees told the Global Times that China lags behind countries such as the US in terms of the development of its data industry, including in data analytics. Luckily, China is quickly catching up, they said.

As people live in a world where data is increasing - both in volume and quality - and as the need becomes more urgent to replace decision-making based on gut feelings with decisions made based on data, advanced analytics will play an ever prominent role in driving growth, said experts at the conference. 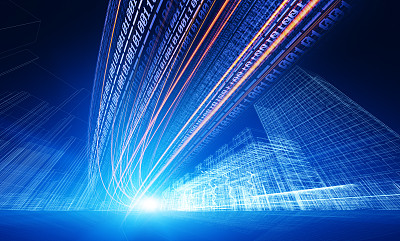 Despite the fast progress made in recent years, China's awareness of data analytics is still weak, said Chen Jianwen, general manager of Beijing-based BOYA RC SoftTech Co, a company that provides digital services to clients in the insurance industry to help them identify risks.

"You cannot blame it, as development takes steps. 'Big data' became a buzzword in China only a few years ago, so did the work on the centralization and consolidation of the data," Chen told the Global Times on Monday (US time).

"You first have big data, [which] then moves onto data analyzing. In terms of data analytics, China has realized the transformation from zero to one, and China's data-analyzing industry is going from weak to strong," said Chen.

Peter Eberhardt, from Toronto-based Fernwood Consulting Group Inc, who has visited China regularly over the past several years, agreed with Chen.

"The level of data analytics in the pharmaceutical sector in China, for instance, is low. On the company level, the Chinese don't do much [to harness the benefits of analyzing data]," Eberhardt told the Global Times on Monday.

"The advantage of the Chinese market is that it is so big that in a lot of ways you don't need so much analytics," said Eberhardt.

However, looking ahead, as the Chinese economy slows down to embrace more higher-quality growth, companies cannot rely upon just volume to achieve success, said Eberhardt.

The Canadian consultant also believes that the very top-down, hierarchical structures in Chinese companies, rather than the lack of talent, is the major impediment for low data analytics implementation.

"The country is talking candidly about big data, but without analyzing it, there will be no application. Without application, there cannot be any serious talk about a productive data industry. And the so-called digital economy would be nonsense," Ma remarked. 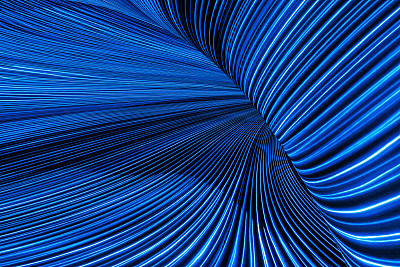 However, as Chinese companies, banks in particular, expand their global ambitions, they will become more willing to be more engaged more in data analytics, according to Eberhardt.

"[For] Chinese companies wanting to become more aggressive outside China, [they have] got to show that they are good by doing the same sort of things local companies do, and they will use more data analytics to improve their internal modeling on risk prevention," noted Eberhardt.

Joint stock banks in China are expected to invest a total of $2.2 billion in big data and data analyzing in 2018, and to shift focus toward real-time analytics and forecasts on cash flow, fraud busting and compliance issues, according to a report released by market researcher International Data Corp in January.

Ma, whose company works with city commercial banks in China on business intelligence, said that China has actually stepped into the sector at a good time.

"As a late starter, China is actually enjoying the benefits of being able to start from the very beginning to collect data in a correct fashion [and] to avoid collecting junk or bad data, or data that needs special cleansing work before being fed into models," Ma told the Global Times on Monday.

Oliver Schabenberger, chief operating officer and chief technology officer of SAS, said in the event that the growth potential of the Internet of Things (IoT) and artificial intelligence (AI) - two areas closely related to data analytics - is huge in China.

"Taking AI and IoT as examples, the US is seen as the AI hotspot where a lot of activities are, but I think this is changing. China has the knowledge, talent, willingness and interest to drive the technology," Schabenberger told the Global Times on Monday (US time).

"Because of the size of the country, the population, the skill levels, the connectivity, and the fact that China understands this is the key emerging technology, China will be an AI and IoT superpower very soon," Schabenberger said.