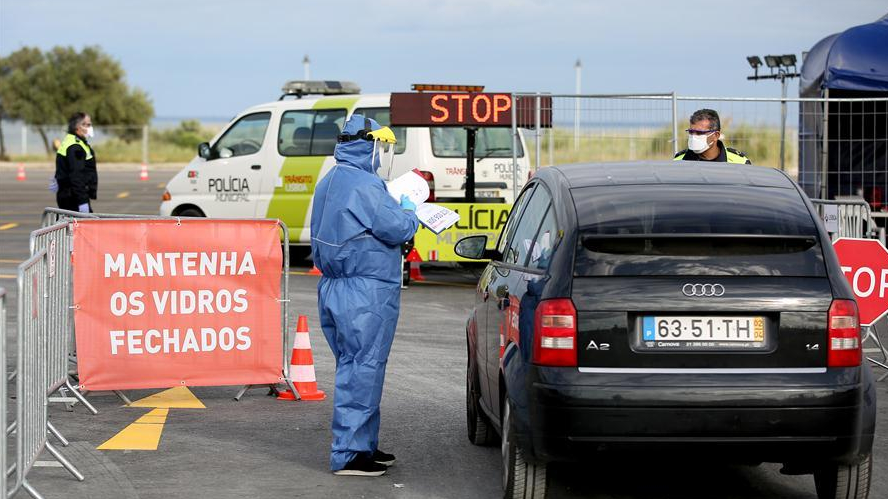 The survey, carried out by the INE and Bank of Portugal (central bank) with companies, indicated a strong reduction in turnover and a decrease in personnel in service, using the layoff regime.

According to INE, "the economic climate indicator registered the greatest reduction in the series from February to March, reaching the minimum value since December 2014," Lusa news agency reported.

The consumer confidence indicator "registered a significant reduction compared to the previous month, the largest since September 2012 and reaching the minimum value since February 2016," Lusa said.

The negative impact of the pandemic crisis has mainly affected the tourist hotel and restaurant sectors.

The consumer price index (CPI) showed a zero rate of change in March, this result being mainly influenced by the reduction in the energy product index. The industrial production price index (PPI) decreased by 3.4 percent in the same month.

"Although the information in this highlight reflects to some extent the impact of the COVID-19 pandemic, it is to be expected that the trends analyzed here will change substantially in the next releases," said INE.

"In any case, the information available today is useful to establish a reference to assess future developments," the INE explained.

The state of emergency has been in effect in Portugal from March 18 until May 2 to curb the spread of the COVID-19 and the government is already in dialogue with various sectors of society to establish the reactivation of economic and social activity in Portugal.

Portugal recorded 21 deaths in the latest bulletin from the General Directorate of Health, bringing the total to 735 fatalities associated with COVID-19. The country now has 20,863 confirmed cases of infection, an increase of 657 cases in the last 24 hours.