Deadly attack by US on Iranian general rattles energy market 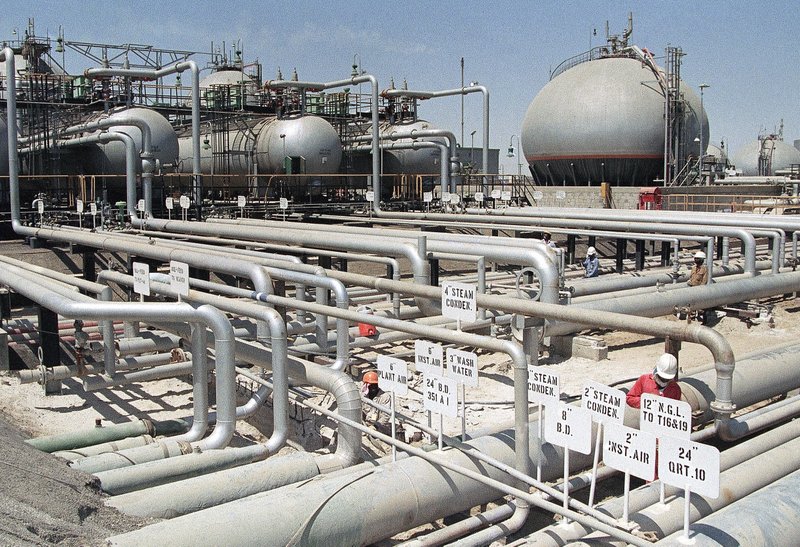 Crude prices on Friday had the largest one-day spike since a September attack on the world’s largest oil processing facility in Saudi Arabia after the US killed Iran’s top general in a drone strike.

If sustained, the rise in oil prices could push the cost of gasoline, heating fuel and electricity higher, potentially dragging on the global economy at a time when it is already slowing.

The international benchmark for crude oil at one point jumped almost 4% per barrel in London. US crude prices increased about the same.

The timing of escalating tensions in the Middle East could be economically troublesome worldwide. The industrial sector accounts for the largest share of energy consumption.

Another sector that consumes vast amounts of energy, the airline industry, was hit immediately Friday, with shares of Lufthansa in Germany, and also Air France, falling between 7% and 8%. American Airlines slid 4%.

Iran could retaliate with cyber attacks or, as it did last week, target US installations in the Middle East. Angered by deadly airstrikes targeting an Iran-backed militia, dozens of Iraqi Shiite militiamen and their supporters broke into the US Embassy compound in Baghdad last week in one of the worst attacks on the embassy in recent memory.

But on the southern border of Iran lies the Strait of Hormuz, the world’s most important oil chokepoint, according to the US Energy Information Administration. About 20% of crude traded worldwide must pass through this shipping lane, which is only 3 kilometers (2 miles) wide. Tankers have come under attack this year in the strait and Iran maintains a heavy presence.

“Revenge will come, maybe not overnight, but it will come and until then we need to increase the geopolitical risk premium,” Olivier Jakob, head of consultancy Petromatrix, said in a note to investors.

The US directly blamed Iran for a Sept. 16 attack by Yemen’s Iran-backed Houthi on the Saudi facility. Iran denies it was involved.

The attack illustrated how big an impact disruptions to supplies can have on the market. The strike briefly took out about half of the supplies from the world’s largest oil exporter.

Launching attacks that can’t be easily linked back to Iran limits the chances of direct retaliation.

However, Iran has directly targeted tankers. This year it seized a British-flagged tanker, the Stena Impero, on July 19 in the Strait of Hormuz. And it has shot down a US military drone.

“The factors in the market pushing oil prices higher are based on the view that Iranian authorities collectively, or the Islamic Revolutionary Guard Corps, independently, could potentially take retaliatory actions that increase the likelihood of supply disruption in the Middle East,”said Edward Morse, an analyst with Citi. “Hypothetical scenarios of retaliatory actions might include targeted attacks on oil facilities in the Gulf area, whether in Iraq where there are Western/American firms investing in new production, or elsewhere; attacks on pipeline oil flows or shipping through either the Strait of Hormuz or the Red Sea; or even surrogate attacks from Lebanon on Israel or from Yemen on Gulf countries, not necessarily targeting oil, but resulting in retaliatory actions on Iran.”

Morse said international benchmark crude, which has been hovering around $60 per barrel all summer, could push past $70 “in short order.”

But the rise in the global price of oil will likely have a wider effect, particularly in oil-importing countries with big manufacturing sectors like Germany. Its stock market fared worst on Friday, falling 1.2%.

In the longer term, the rise in crude oil prices could be limited by the fact that the energy market is flush with oil while demand has softened as major economies have slowed.

Yet the OPEC cartel and its key ally Russia agreed last month to cut their oil production. On top of production cuts, the US has put into place crippling sanctions on oil exports from two OPEC members, Venezuela and Iran.

Though this is an era of ample oil supply, there is a push to turn off the spigots by producing countries. Any external supply pressure could jolt the energy complex, particularly if economic activity increases.

“The probability of some form of Iranian retaliation appears quite high and the energy complex may be forced to discount some damage to oil infrastructure or impediment to major shipping lanes unless some type of diplomacy evolves,” the energy research firm Ritterbusch and Associates said in a report Friday. “The Middle East tensions are escalating at a time when oil supplies were already tightening in response to OPEC production cuts and rising expectations for oil demand improvement off of an expected Phase 1 trade deal.”

On Friday, a barrel of American crude was trading for close to $63, closing in highs for the year that were recorded at the start of the US driving season in April.