Stephen Roach, a senior fellow at Yale University, is calling for the United States to address its domestic problems instead of following the trend towards "China bashing" and accepting Washington's "false narrative" on China amid the current China-US trade tensions. 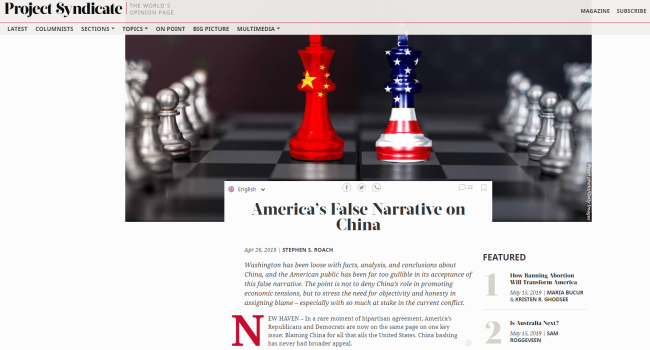 In his article published by Project Syndicate, "America's False Narrative on China", the former chairman of Morgan Stanley Asia and the firm's chief economist, says that the United States is "afflicted with macroeconomic imbalances of its own making" and is "fearful of the consequences of its own retreat from global leadership". This fear, he says, is driving the embrace of "a false narrative on China" regarding trade issues, alleged intellectual property theft and forced technology transfers, as well as claims of Chinese currency manipulation. 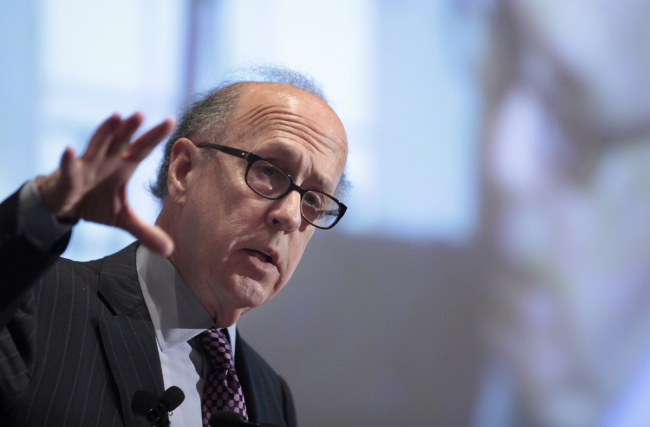 Stephen S. Roach, the former chairman of Morgan Stanley Asia and the firm's chief economist, is a senior fellow at Yale University's Jackson Institute of Global Affairs and a senior lecturer at Yale's School of Management. (File Photo: AP)

The American scholar challenges the bipartisan trend in Washington of "blaming China for all that ails the United States", and poses the question: "What if the US chattering class has it all wrong and the China bashing is more an outgrowth of domestic problems than a response to a genuine external threat?"

Roach stresses that the United States needs to turn towards "objectivity and honesty" when it comes to blaming China for the problems in its economy, saying "Sadly, fixating on scapegoats is apparently much easier than taking a long, hard look in the mirror."