BEIJING, Sept. 12 (Xinhua) -- China will roll out the decoupling of business licenses and operation permits as a nationwide program starting this November, and further cut production permits for industrial goods by over one third in an effort to ease corporate burdens, the State Council's executive meeting chaired by Premier Li Keqiang decided on Wednesday. 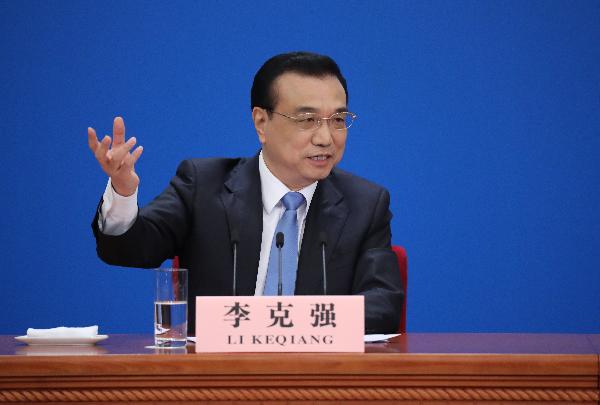 The Chinese government places high importance on the reform of decoupling business licenses and operation permits, which are both required for starting business operations, as an important step in fostering a law-based, enabling business environment up to international standards.

Premier Li Keqiang stressed the imperative to advance this reform, making it clear at the plenary session of the National People's Congress last March that the reform will be introduced nationwide this year. He put particular emphasis on resolving the problem of companies being unable to operate even after they have received business licenses.

This reform was piloted late 2015 in the Pudong New Area of Shanghai, targeting 116 items of administrative approval. It was later implemented in all of Shanghai.

It was pointed out at the Wednesday meeting that introducing the decoupling nationwide constitutes a key step in implementing the broader reform of government functions. The reform will help improve the business environment, energize the market and catalyze stronger development.

"Decoupling business licenses and operation permits is the right way to go, as it meets both corporate and public needs. It is a necessary part of the reform of our market economy system, and a step we must take," Li said.

The Wednesday meeting announced that starting from November 10 this year, an approach of reduced number of required permits and certificates after receiving business licenses will be applied nationwide to the first batch of some 100 business-related government approval items. Items that are no longer necessary for administrative approval or are eligible for self-improvement through market forces will become approval-free or require registration only.

The practice of notification commitment shall be applied to those government review items that need to stay, yet any non-compliance with the permitting requirements can be redressed by government oversight. Under such practice, a market entity shall be approved for business activities when it commits to complying with all the permitting requirements. A company violating this commitment shall see its license revoked and face heavy penalties.

Improved access services will be applied to the government review items concerning public security and public health where notification commitment does not fit. However, efforts will be made to reduce the required materials, streamline procedures, and cut the reviewing time to keep the permitting process transparent and make market access easier for start-up and innovative businesses.

"It is important to put greater emphasis on implementing new, intensified efforts for compliance oversight while easing market access in advancing the reform of decoupling business licenses and operation permits, and enhance fair supervision," Li said.

The Wednesday meeting also decided to cancel the required production permits for 14 types of industrial goods. Production permits for goods relating to public security, public health and environmental protection shall be replaced by mandatory certification. A list of these products will be compiled and released to the public, and certification charges shall be funded by public finance.

"This reform of decoupling business licenses and operation permits should be well-paced as realities differ across the country. The reform may move faster in places where conditions are fully in place, yet no one-size-fits-all approach should be applied," Li stressed. "This is another test on our ability to govern."