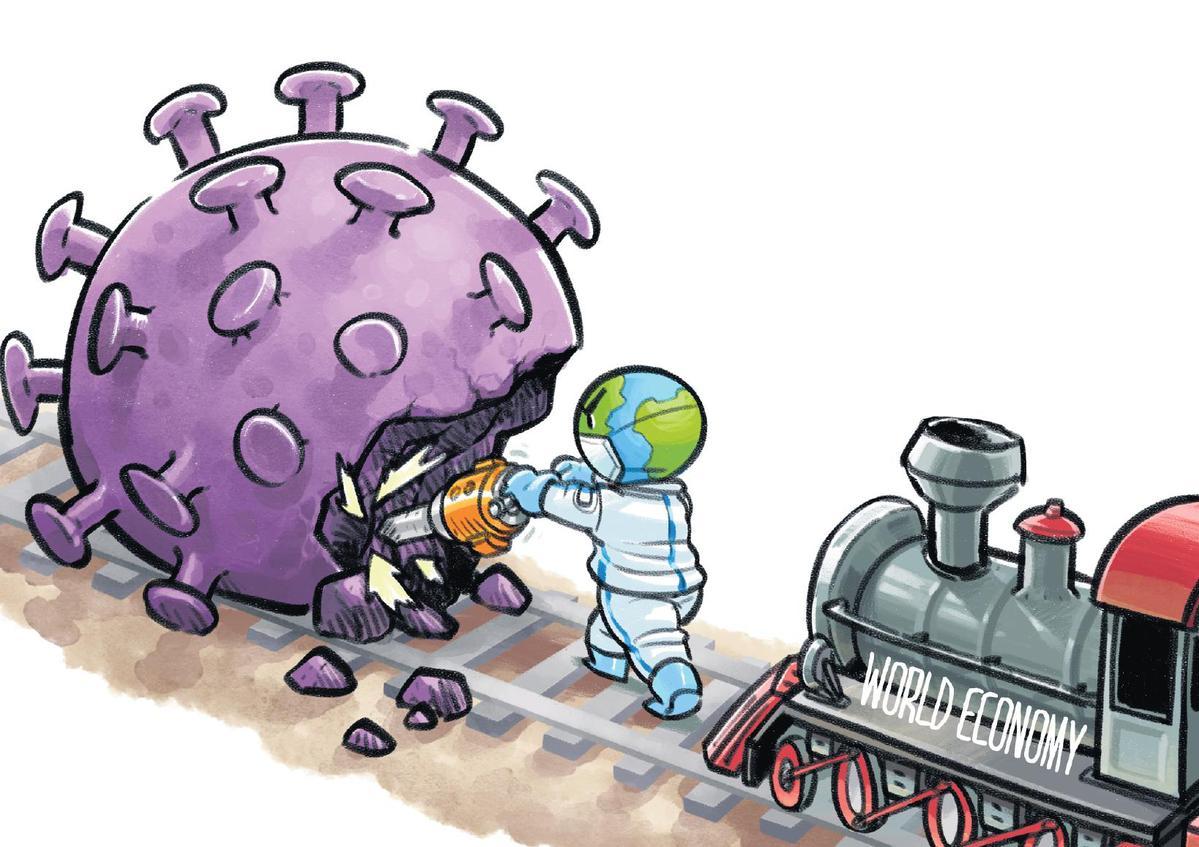 The short-term economic shock from fighting the COVID-19 pandemic has been more serious than initially thought. Most countries have plunged into negative growth during the height of the virus. But recently released forecasts by the Asian Development Bank, the World Bank and others predict that the bounce back from the economic closures can be fast and that growth rates will be strong in the second half of 2020 and into 2021.

An ADB report this month forecasts Asian regional growth of 2.2 percent in 2020, a downward revision of 3.3 percentage points relative to the 5.5 percent that ADB had forecast in September 2019. Similarly, the World Bank forecast this month predicts that developing East Asian and the Pacific regional growth will be 2.1 percent in 2020, with a worst case of minus 0.5 percent.

The ADB predicts that China's sharp contraction in the first quarter will pull down growth to 2.3 percent this year, but the nation will recover some of the losses by rebounding to 7.3 percent in 2021. Last week, the International Monetary Fund forecasted 1.2 percent growth for China and zero growth for Asia in 2020.

These forecasts for China are in line with most other forecasters. For instance, the China Finance 40 Forum forecasts growth of 3 percent for 2020.

The predictions for Asia are significantly higher than for other major economies. For instance, the ADB forecasts that the US will grow just 0.4 percent in 2020, with the Euro area actually declining 1.0 percent. And, the IMF is now predicting that 170 countries will have negative economic growth in 2020, advanced countries will fall 6.1 percent and global GDP will fall 3 percent.

We should put the numbers into perspective. The ADB estimates that the global cost of the pandemic could range from $2 trillion to $4.1 trillion, equivalent to 2.3 percent to 4.8 percent of global GDP. These are large numbers but won't be truly catastrophic if recoveries are swift.

China's measures to limit the human damage caused by the virus were very strong through January and February, so the economic data looks grim for those months. Industrial production fell 13.5 percent in those two months, while retail sales fell 20.5 percent and fixed asset investment plunged 24.5 percent, according to the National Bureau of Statistics. The urban unemployment rate rose to 6.2 percent in February, which is a mild increase relative to what we are seeing in other countries.

Full first-quarter data, released on Friday by the NBS, showed that GDP fell 6.8 percent year-on-year. Retail sales fell 19 percent and fixed asset investment fell 16.1 percent. But value-added industrial output in March fell less steeply than in January and February and the urban unemployment rate stabilized at 5.9 percent. So, we are seeing signs of recovery as the virus-fighting lockdown is eased.

Negative Q1 numbers will pull down the yearly average even if later quarters have strong growth. So, the very low annual growth rates are just arithmetic artifacts of the very negative growth during the period when the fight against the virus was strongest.

The drop in output in recent months has been very fast, the most rapid on record. But forecasters are predicting that recovery will also be rapid, assuming that nations implement stimulative policies, support for recovering business, and international cooperation.

All this is relatively good news, but relief should be tempered by the realization that the world still faces huge uncertainties. We don't know when, or even if, there will be a vaccine or treatment for the virus, so more quarantines and closures might be necessary. There may also be financial frailties in the system that could lead to an unexpectedly severe financial crisis. And, a lack of international cooperation could make it harder than expected to restore industry and international supply chains.

China has a lot of macroeconomic room to deal with the crisis, but many countries may not, which would slow overall recovery.

Since China is moving to recovery ahead of other countries, its sequence of monetary and fiscal policies will serve as a global model. And, many multinational companies are using their China divisions as models for quarantine and opening-up around the world. For example, the Wall Street Journal reports that Starbucks, Disney and the property management firm Cushman & Wakefield are basing their recovery plans around the world on their experience in China.

In an interview with China Daily, Dominik Peschel, head of the economics unit at the ADB office in Beijing, noted that the interest rate on the 10-year Chinese sovereign bonds initially declined. Also, "if you look at the 3-month Shanghai Interbank Offered Rate (SHIBOR), it has continued to fall. This basically signals that the banks expect further monetary loosening and cheap financing. They expect that they can get money at a cheap rate. It also shows the trust in the promise by the People's Bank of China to keep the interbank market liquid. Banks only behave like that if they can be sure that there is enough liquidity," he said.

He also said that this crisis differs from the 2008-9 Global Financial Crisis, which was largely an external demand shock for China. The COVID-19 pandemic has been a demand shock and a supply shock at the same time. He said that monetary policy was used first because it could be done quickly. This was followed by fiscal policies "mostly aiming at keeping people employed".

Peschel emphasized the policies needed to help small and medium enterprises, which are big employers. "The SMEs and micro businesses don't have big capital buffers. They have sometimes very thin working capital and with the quarantines and economic shocks left many with little or no revenue. Therefore, the government is working on improving credit to SMEs. Big companies face challenges, but they have better access to bank credit and are also more stable in that they have bigger working capital and are also often diversified," he said.

The government has implemented temporary tax cuts and preferential loan policies for SMEs, he said.

The speed of the recovery in China and throughout the world depends greatly on coordinated international policies.

Peschel of the ADB said with respect to the Chinese economy:"We expect a recovery but the recovery also depends now on the global economy, because while the PRC (People's Republic of China) seems to be through with most of direct impact and has resumed work and restarted production to a big extent, the rest of the world is coping with this situation and has lockdowns. This, of course, will hit global trade and supply chains－it is kind of a delayed effect. Most likely we will also see Q2 affected. Then, in the second half, we'll see a return to more normal growth, although these are still big uncertainties because we don't know how the novel coronavirus is evolving."

Sebastian Eckardt, lead China economist at the World Bank, said in an interview with China Daily: "On the economic fallout, we know from previous global crises that there is a strong benefit to having a coordinated policy response. We've seen in recent months that there has been major dislocation in financial markets and in response there have been efforts by central banks in major economies, including the People's Bank of China, to have swap lines that ensure there is sufficient liquidity in the global financial system to avoid disruptive dislocations there. I think it is also true for trade where there is a need to minimize disruptions to global value chains, in particular of course for much-needed medical supplies but also to ensure that global supply chains remain intact to the extent possible."