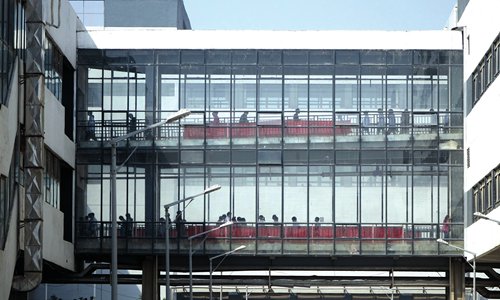 Foxconn Technology Group, the world's largest contract manufacturer of consumer electronics, confirmed with the Global Times on Friday that the customs clearance procedures for its products delayed at Indian ports have been resolved and will not affect supplies to the Indian market.

It made a customs clearance application to the local customs bureau according to regulations, Apple's biggest contractor said.

India's additional scrutiny of imports from China over the past week has disrupted operations at Foxconn's plants in southern India, Reuters reported on Thursday, citing sources close to the matter.

More than 150 Foxconn shipments including smartphones and electronic parts have been delayed at the port of Chennai, though some are now being cleared slowly, said the report.

In addition to Foxconn, other firms have had their goods from China held at Indian ports. Such products include vehicles from MG Motor, a brand owned by Chinese automaker SAIC, as well as servers and computers from American PC manufacturer Dell.

SAIC and Dell did not respond to the Global Times' request for comment by press time.