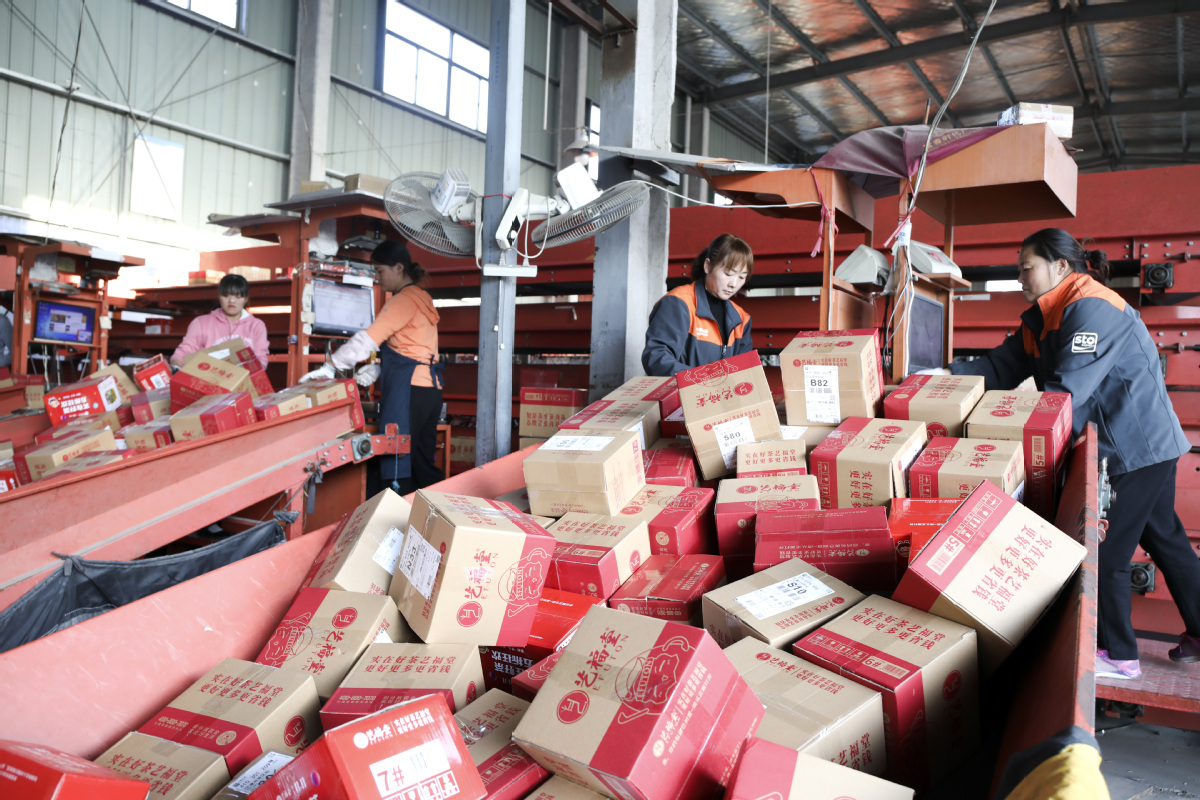 Losses incurred by some Chinese express delivery firms during the first three months of the year are a temporary phenomenon and the sector is poised for steady growth over the long term, experts said on Tuesday.

Shenzhen, Guangdong province-listed SF Holdings, the market leader, said in its interim results released on Thursday that it may incur a net loss of 1.1 billion yuan ($168 million) for the first three months of the year, compared with a net profit of 907 million yuan during the same period last year.

Shares in SF slumped by the daily limit of 10 percent on Friday after the expected loss was reported. It shed another 9.38 percent on Monday and 1.67 percent on Tuesday to close at 64.8 yuan per share, the lowest in six months.

Li Zhongxin, director of the TUC Research Institute, a logistics industry think tank, said SF's first-quarter losses are not recurrent and the company is confident it will report a net profit of 1 billion yuan for the second quarter.

Essence Securities, a Beijing-based brokerage, still has a "buy "recommendation on SF Express, thanks to its well-established brand image and chances of better second-quarter results.

STO Express, the Shenzhen-listed rival of SF, said at the end of January that its net profit for last year fell by 98 percent on a yearly basis to about 42 million yuan, due to stiff market competition and higher spending on multiple fronts. The company is expected to fare well in the next quarter, experts said.

Shanghai-based ZTO Express, which is the leader in terms of e-commerce deliveries, is also anticipating better times ahead, according to company officials. Yunda Holding, a Shenzhen-listed express courier, is expecting market share and performance to improve after acquiring a 6.5 percent stake in Shanghai-listed Deppon Logistics.

Ming Xing, an analyst with Essence Securities, said in a recent report that there is still enough room for growth in China's express delivery sector, adding that market share would be further consolidated among the industry leaders.

"Courier companies will feel stressed business-wise in the short run, but investors should watch closely the changing competition patterns in the industry," he said.

Ming said price competition in the delivery industry has exceeded market expectations. Though prices are under control at present, the chances of a larger-scale price war cannot be excluded, which will eat into the profits of companies.