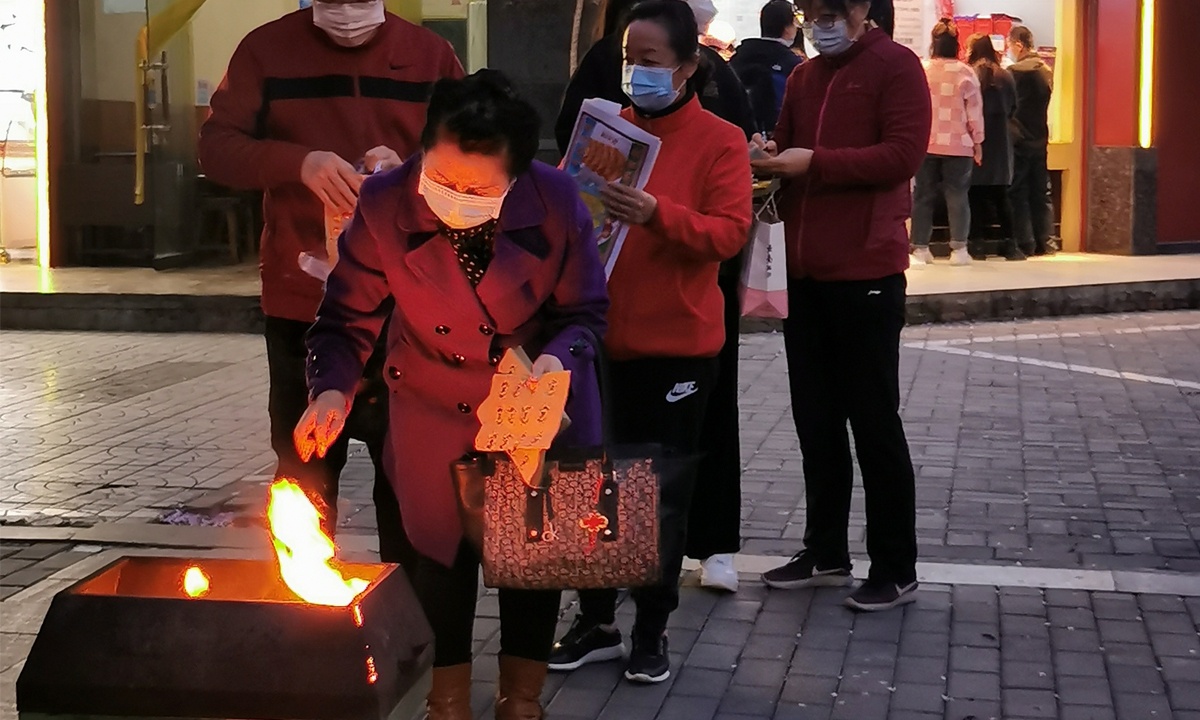 Burning joss paper, also known as ancestor money or ghost money is a tradition when Chinese people sweep tombs during the just past Qingming Festival.

A report posted by guancha.cn on Sunday reported people were no longer just burning joss paper, adding that there were a variety of creative substitutes for joss paper including luxurious handbags, expensive liquors, technology products, message chairs and even cars and houses all made by paper.

Creative burnt offerings were quite popular on Taobao, such as paper-made counterfeit Gucci bags, sets of Apple products, and Mercedes-Benz cars after searching for "burnt offerings" on the e-commerce platform.

The price for such products varies from one yuan ($0.15) to dozens of yuan. One of the popular burnt offerings on Taobao is a paper-made counterfeit Mercedes-Benz G-Class and more than 500 units were sold in the past month. Each unit costs 14.5 yuan ($2.21) with a driver and a complementary driver's license.