The departure of chief designer Jony Ive adds to uncertainty at Apple as the California tech giant shifts into new segments like services and streaming media amid a slowdown in sales of the hugely profitable iPhone. 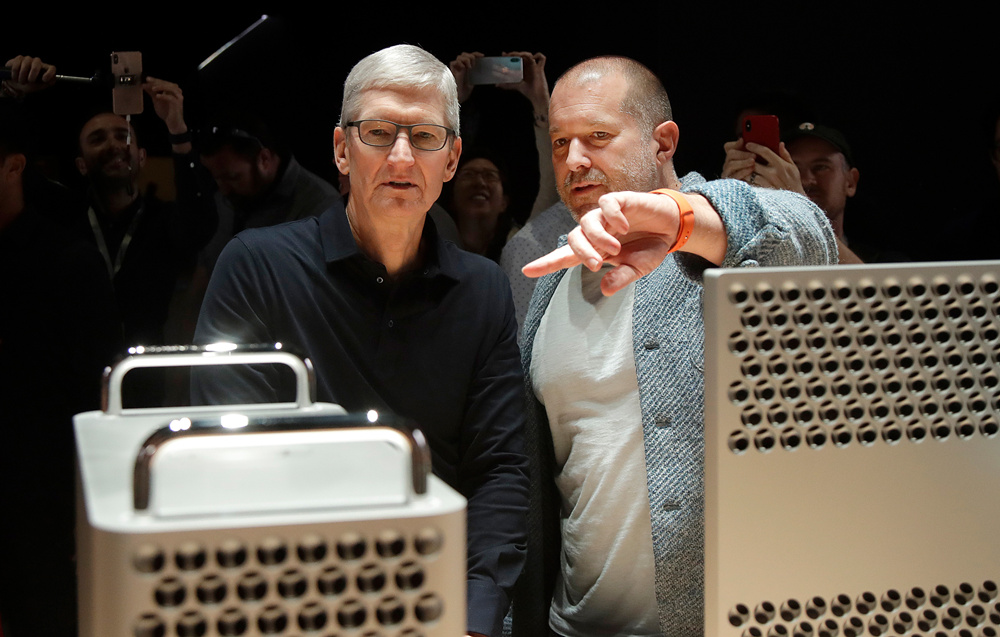 Ive, the driving force behind the trend-setting design of the iPhone and other Apple devices, announced Thursday he would leave Apple later this year to create his own firm, while continuing to collaborate with the company.

But Ive's departure highlights Apple's move to de-emphasize its hardware -- with the global smartphone market largely saturated and increasingly competitive -- and focus on music, streaming television, digital payments and other services and subscriptions.

"The major question now going forward is around future product innovation with one of the key visionaries of the Apple brand gone," said Daniel Ives at Wedbush Securities in a research note.

"In our opinion this news only adds to the current agita around the Apple story as the company is branching out into television and gaming."

The analyst added that Ive "is leaving a hole in the company and is clearly irreplaceable as he has been one of the most important figures at Apple throughout the past few decades."

Other analysts said Apple is well-prepared for Ive's transition and that it may even allow the company to benefit from fresh ideas.

Avi Greengart of the research and consulting firm Techsponential said that while Ive was instrumental to Apple's success in product design, he had been gradually shifting into new areas such as its retail stores and new Cupertino campus, handing over products to his proteges

"He's been halfway out the door for a while," Greengart told AFP

"The design team at Apple has remained consistent, and I don't worry that all of a sudden Apple's design is going to decline significantly."

Design has been and will continue to be a major focus for Apple, Greengart said, noting that there will be many design challenges as Apple moves more heavily into wearable tech and other kinds of products.

"Wearable technology is where Apple already has a big lead in the smartwatch space and it is investing heavily in augmented reality for mobile," Greengart said.

He said there is "an intense design challenge" in wearables, notably for the segment of eyewear in which Google and others have struggled.

"Investing in design is something Apple can absolutely do and can't afford not to do," he said.

With Ive handing over the role of product innovation,  "this has a chance to reinvigorate parts of Apple design," Greengart said.

British-born Ive joined Apple in 1992 and was a key collaborator of co-founder Steve Jobs in designing the iPod, iPhone, iPad and Macbook as well as the iOS software system for Apple devices.

"It makes me queasy to see that Apple's chief designers are now reporting to operations," Gruber wrote.

Gene Munster and Andrew Murphy of the investment firm Loup Ventures said in a note to clients they were "puzzled" by the new design team structure but expect that to be temporary.

"Apple's core competency of design is unmatched and from its culture of design-first thinking, the right leader will emerge in time. Thanks to Jony Ive," they wrote.