BUSINESS Detour on the road to WeWork IPO

Detour on the road to WeWork IPO 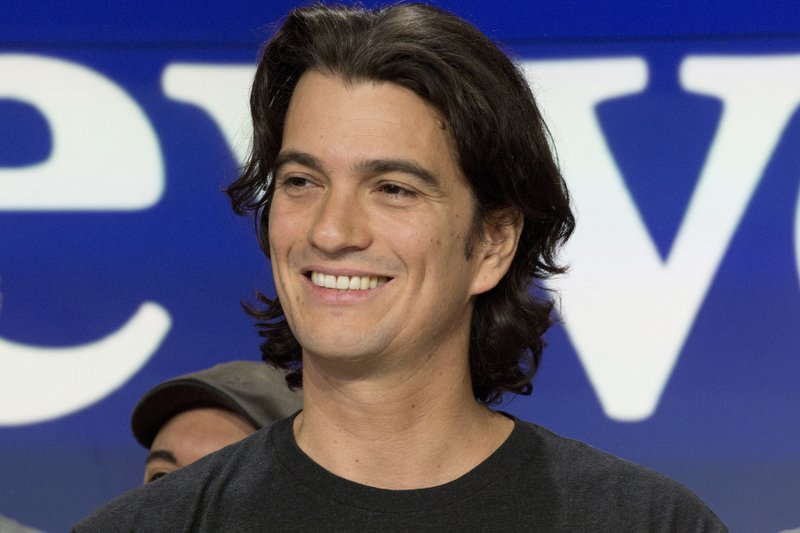 WeWork is pushing back its public debut with investor confidence appearing to grow shaky in the office share company that had recently been valued at around $47 billion.

Wall Street had expected the company’s parent company, The We Company, to begin a road show to market its shares as early as next week.

″“The We Company is looking forward to our upcoming IPO, which we expect to be completed by the end of the year, the company said in a prepared statement. “We want to thank all of our employees, members and partners for their ongoing commitment.”

In a blistering hot year for IPOs that already includes companies like Uber, Lyft and Pinterest, WeWork appears to be having difficulty generating investor enthusiasm.

While the company is growing rapidly, it doesn’t have the profits to show for it.

The company lost $1.61 billion last year while bringing in $1.82 billion in revenue. The We Company also recently announced that it was cutting by half — to 10 per share from 20 — the voting power of highest-class shares that CEO Adam Neumann and others would have after the IPO.

WeWork, which plans more aggressive expansion, has billions of dollars riding on a successful IPO. The New York company struck a deal last month that would give it access to $6 billion in financing raised by a group of banks, as long as it raises at least $3 billion in the IPO.

Founded as a co-working space in Manhattan in 2010, WeWork now has 527,000 members in 111 cities around the world. It mostly makes money by renting buildings and dividing them into office spaces to sublet to members.

The brand is popular with small businesses, start-ups and freelancers who can’t afford permanent office space. Members use an app to book ready-made offices or desks and get access to front-desk service, trendy lounges, conference rooms, free coffee and other services.

But its business model has not been tested in an economic downturn that could hurt its members, whose lease commitment currently average 15 months.