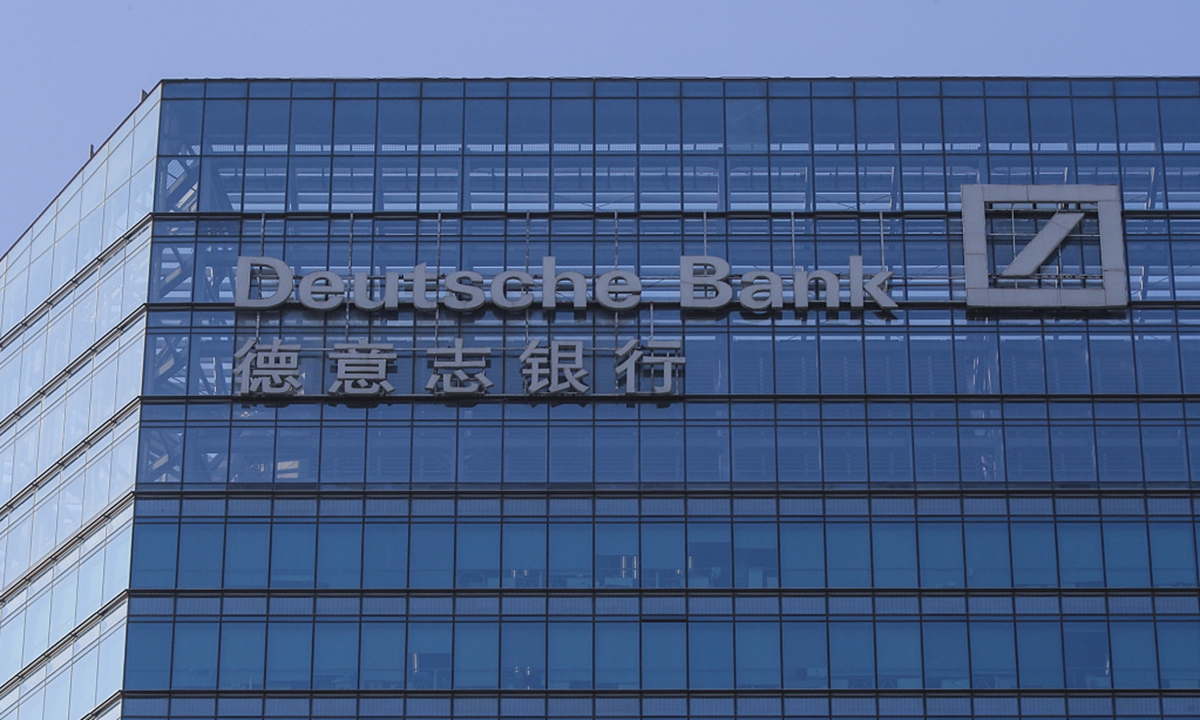 The approval also comes as Beijing aims to attract more pioneering and iconic projects to become the "highland" of China's financial opening-up drive. In the past two years, Beijing, the capital city, has attracted more than 40 foreign-funded financial institutions, leading the country's financial opening pattern, according to the report.

"Landing in the capital city of China, where also lies the world's second-largest economy's most complete information, top talents, infrastructure and business environment, will surely help its China businesses in the future," Dong Dengxin, director of the Finance and Securities Institute at the Wuhan University of Science and Technology, told the Global Times on Friday.

Deutsche Bank's Beijing approval is also another major move for the bank in the Chinese market after it received a domestic fund custody license from the China's security regulator on December 10.

"This license comes at a time when many of our global institutional clients are actively exploring and acting on the unfolding opportunity to tap into the exponential China market, which is still fast growing and opening up," Rose Zhu, Deutsche Bank China Chief Country Officer, said at the time.

According to the Asset Management Association of China (AMAC), assets under management in China have reached 56.17 trillion yuan（$8.6 trillion）in the third quarter of 2020. Data from Wind shows that over 1,200 new mutual funds have been launched since this year, raising a record close to 3 trillion yuan. As of November, more than 30 wholly foreign-owned enterprises (WFOE) have successfully registered as private fund managers with AMAC, demonstrating the increasing attractiveness of China's domestic market, the bank said.