Deutsche Bank chairman to hold call with board over CEO - sources 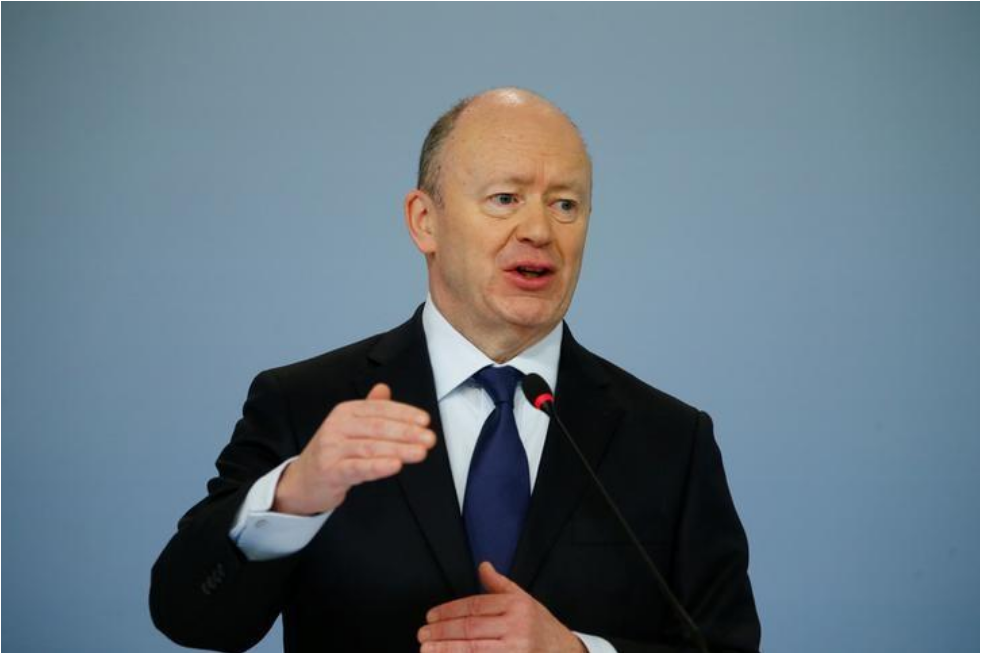 The possible replacement of Deutsche Bank CEO John Cryan could be discussed on a supervisory board call scheduled on Sunday evening by Chairman Paul Achleitner, two people familiar with the matter told Reuters.

Achleitner has invited the supervisory board to an “Update Call”, the sources said on Saturday on condition of anonymity, adding the possibility of a major announcement could not be ruled out.

Achleitner “will act quickly” to resolve the situation, said a third person who is a major investor in the bank, also speaking on condition of anonymity.

A spokesman for Deutsche Bank declined to comment on Sunday’s planned call.

The unscheduled board teleconference follows two weeks of turmoil over the bank’s leadership.

Achleitner had initiated a search to replace Cryan, two people familiar with the matter told Reuters on March 27, following a flurry of negative headlines after the bank reported a third consecutive annual loss.

Cryan, who has been in office less than three years, responded by writing a memo to staff in which he said he remained “absolutely committed” to the bank. But Achleitner stayed silent, to the chagrin of major investors seeking clarity on the situation.

In recent days, Achleitner has broken his silence and reached out to some major investors, according to two other people with knowledge of the matter.

Achleitner was criticized by two major investors this week over the bank’s performance and his handling of the search for a new chief executive.

The leadership debate underscores the continued fragility of the 148-year-old bank after speculation of a possible government bailout just over a year ago.

The debate about Cryan parallels concern about the path forward for Deutsche’s investment bank, whose swift expansion in the years leading up to the financial crisis is blamed for many of the bank’s current woes.

Revenue at the investment bank in 2017 was down 25 percent compared with 2015, a steeper fall than those suffered by its competitors. The division employed more than 41,000 staff at the end of 2017, up 4 percent from 2015, but key staff have left.

Cryan is conducting a global review of the investment bank, known internally as Project Colombo, a person with direct knowledge of the matter has said.

Cryan, the son of a jazz musician, is married into the wealthy Du Pont family of the United States. He was appointed to the helm of Deutsche in 2015 to overhaul the bank after years of rapid growth under investment bankers.

But his tumultuous tenure as CEO highlights many of the bank’s underlying issues.

Early on, Cryan quickly announced thousands of job cuts to trim costs but reversed the bank’s plans to sell its Postbank retail unit after tepid interest from buyers.

Meanwhile, the negative headlines have continued. Earlier this year, the bank announced it would post its third consecutive annual loss for 2017.

The German government and some of the nation’s most senior politicians criticized Cryan for paying out 2.3 billion euros in staff bonuses despite those losses, four times higher than the previous year.

One board member, Kim Hammonds, told leadership at a recent meeting that the bank was “the most dysfunctional company” she had ever worked for, according to a person with direct knowledge of the matter.

Over the past weeks, a number of names have surfaced in the media as possible replacements for Cryan. But some analysts wonder whether anyone would be able to do a better job on turning the bank around.

“There has been actually a disciplined execution in a tough environment by this team,” said Peter Nerby, who analyses the bank for Moody’s. “I wonder if anyone really has a better way to get there. It’s not obvious to me what that way would be.”